Highlights From Beyond Wonderland 2022, an Alice in Wonderland-Themed Festival Utopia 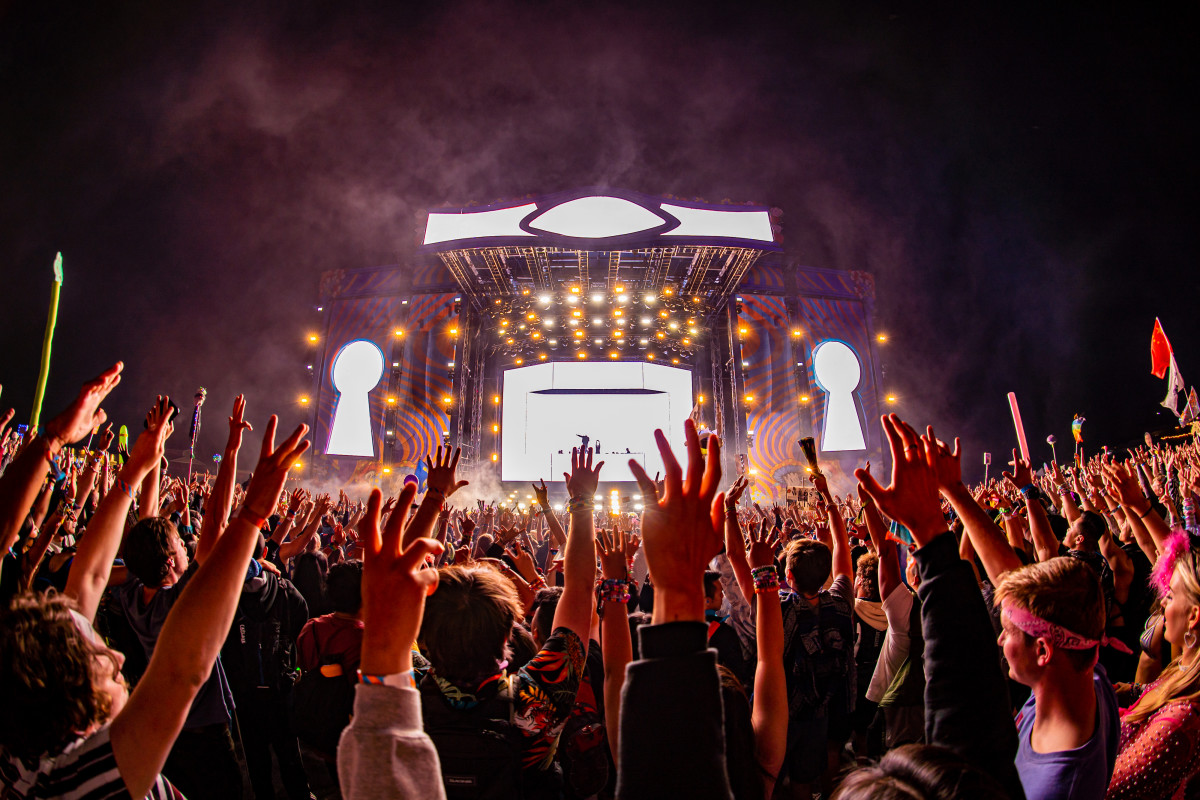 After three years, the beloved electronic music fest returned to its spring time slot with five stages, tons of carnival rides, dazzling lights, and plentiful art installations. San Bernardino temperatures reached a high of 90°, providing much needed sunshine and summery weather. With a beautiful climate, incredible lineup and a decked-out venue, everything was in place for a fun-filled weekend.

Since its inception in 2010, Beyond Wonderland has done a magnificent job of bringing the adventures of Alice and her psychedelic storybook to life.

The characters of the classic tale roam freely about the festival, immersing attendees in the fantastical world. A glowing, neon caterpillar can be seen traversing the grounds, along with personified clocks with suitcases that read, “Time waits for no one” and “Lost time is never found again.” Flamingos, butterflies, playing cards, mice, and rabbit-like creatures wander throughout the event, while iconic characters like the Mad Hatter and the Queen can be seen at main stages.

The wondrous fest features copious art installations that showcase different scenes from the time-honored story. An entire walkway, Chessboard Walk, is carpeted with black and white checkered flooring, along with beautiful life sized chess pieces. Colorful mushroom sculptures furnish the landscaping, and a giant wooden statue of a rabbit perches on the grass.

Another fun nod to the 1865 book was the Doorway and Mad Bazaar. Lined with doors on either side of the walkway, attendees could open any one and walk into a colorful room filled with streamers and fuzzy walls. To enter the Mad Bazaar area, festival-goers must open one of these doors, revealing a somewhat secret venue with a smaller DJ booth, a tea party, and craft vendors.

The Caterpillar's Garden was hosted by Dreamstate on the festival's first night and Insomniac Records on the second, with Paul van Dyk, Blastoys, Shiba San and Biscits gracing the stage.

Not included in the official set times, the Mad Bazaar was a delightful surprise with its speakeasy vibes and artsy feel. Presented by Grand Artique, a company that creates fully immersive performance theatrics, the Mad Bazaar showcased a diverse lineup of artists from techno to hip-hop.

All said and done, the event was a massive success, giving ravers the chance to let loose and dive into Insomniac’s topsy-turvy world. The festival was alive with art, fashion, music, and euphoria—and isn't that what festival season is all about?