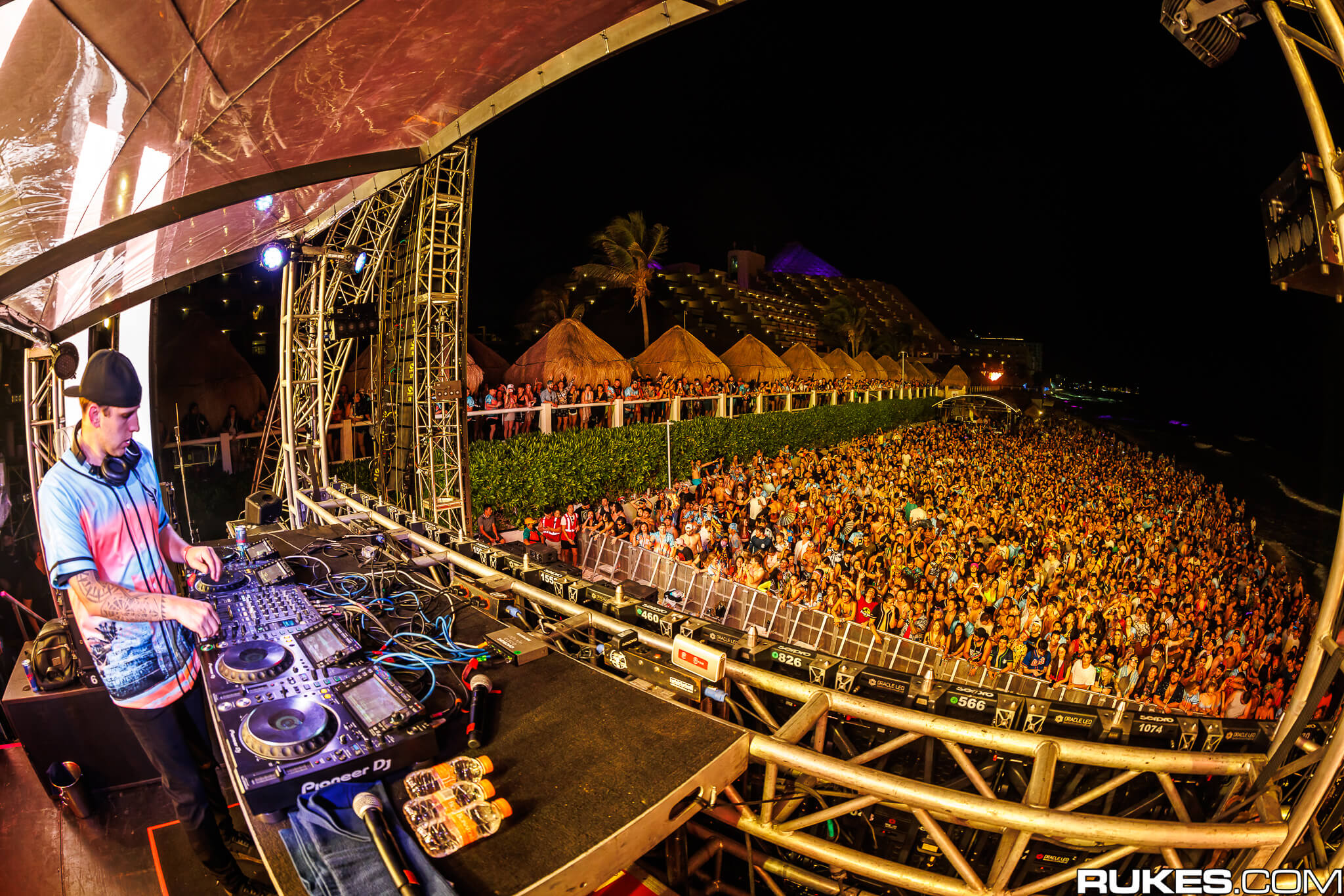 Last year Illenium achieved a major career milestone by hosting his very own festival, ‘Ember Shores,’ on the beaches of Mexico. This year he not only is returning to the magical sands down south, but he is bringing a can’t miss set of artists with him.

With ‘Ember Shores’ only 163 days away from returning to Cancún, Illenium has officially revealed the full lineup for the three-day event. Featuring familiar faces, unique collaborations as well as up and coming acts, the billing contains everything you could ever want. The anticipation surrounding this year’s edition has been incredibly high since the conclusion of the first ‘Ember Shores.’ And with the artists who will be rocking the beaches come December, it should not disappoint.

Overall, there will be 30 artists traveling to Mexico later this year, including Illenium. Those who attend will see some of the most in-demand acts in all of electronic music. The supporting acts for the weekend include Afinity, Arty, Bass Physics, Blanke, Brondo B2B Decadon, Cloudnone, Crankdat, Ecotek, Faybl, Ilan Bluestone, Inzo, James Egbert, Juelz, Kareem Martin, Kitti, Mport, Nurko, Paws, Project 26, Rossy, Sowdown, Sumthin Sumthin, Trivecta, Vedic and William Black. The headliners for the festival are Clozee, Dab The Sky (Dabin and Said The Sky), Dillon Francis and Subtronics. Illenium will also have a set for each day of the festival.

Based on last year’s timetable, it is safe to assume the acts will be split up into two separate stages the “Phoenix” Stage, which is at the resort’s pool, and the “Ember” Stage, located on the beach next to the resort. Illenium will close out each night on the “Ember” Stage, with the final day being an “Illenium & Friends” special set.

Packages are currently on sale and are expected to sell out before the start of the event. Each package will include a room, all-inclusive food and drinks, access to all music events and transportation to and from the airport. Packages are as low as $994 (if purchased by a group of four), and options for payment plans and “split with a friend” are available at check out.

Secure your place at Illenium’s second edition of ‘Ember Shores’ hosted by Disco Donnie Presents and set to take place on December 2nd-4th at Paradisus Cancun in Cancún, Mexico, here. Check Out the full line up below. 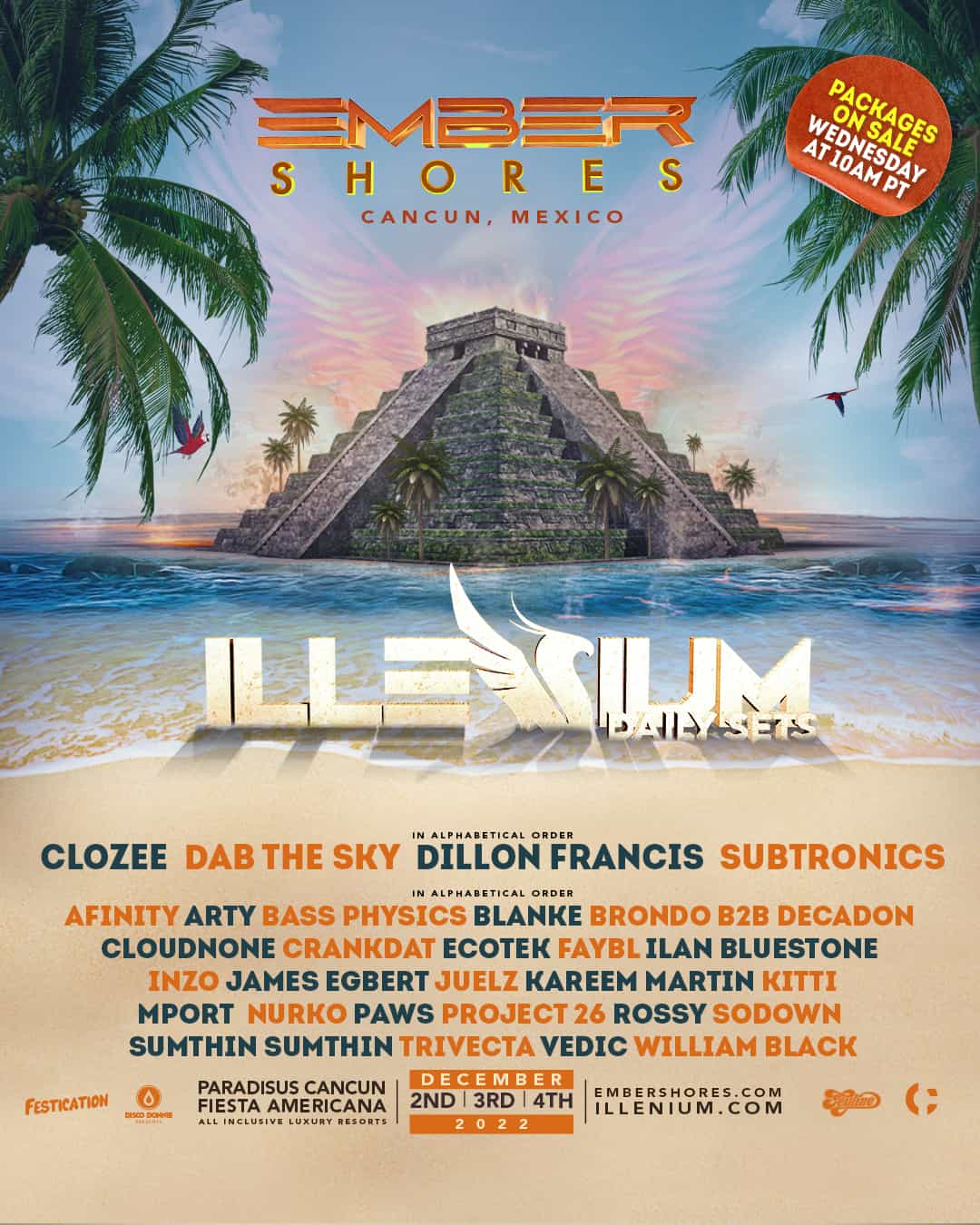