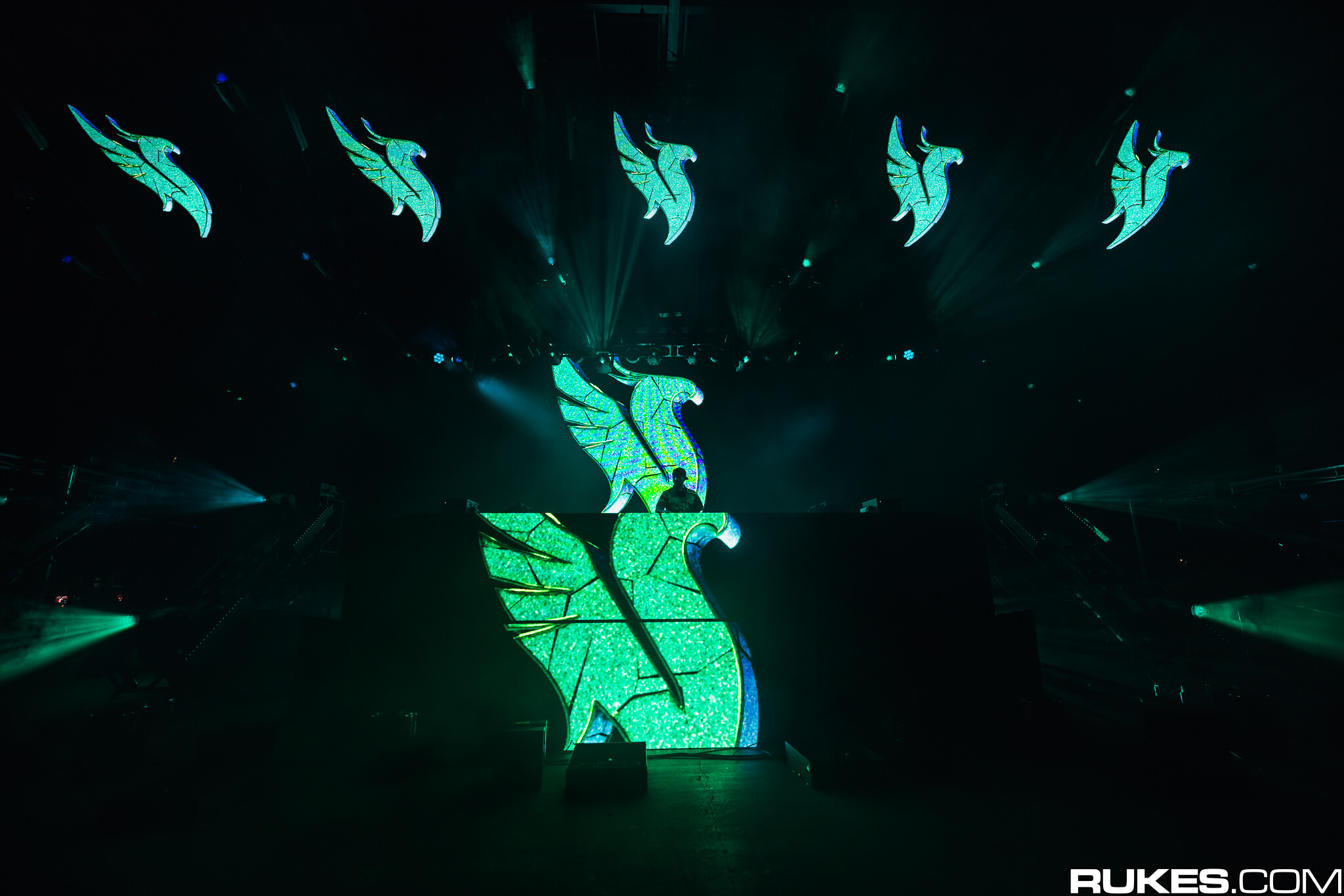 After releasing ‘Wouldn’t Change A Thing’ with Thirty Seconds to Mars last week, ILLENIUM has dropped four additional tracks which bring together the deluxe version of his fourth studio album, ‘Fallen Embers.’

Each of the new tracks bring something completely different to the album, not to mention that each track covers a totally different genre from one another. Whether it be melodic dubstep, progressive house or electro pop, ILLENIUM has once again delivered a staple in any electronic music fan’s collection.

‘Blame Myself’ with Tori Kelly, the first track of Fallen Embers, was lucky enough to get its very own remix by ILLENIUM himself and dubstep prodigy Virtual Riot. Whilst the original is brilliant in its own way, it’s safe to say that the remix is built for the ravers. With only the vocals of the chorus remaining, the first drop is glitchy and offers a sense of unpredictability. The second drop is pure melodic dubstep, hitting you right in the feels and making you wish you bought a ticket to the show!

‘Hurts Like This’ with Banners explores the ideas and feelings of hurt and loneliness after a hard conversation with a loved one. The vocals are delivered beautifully by Banners, making this track an instant singalong. Not having ventured too far into progressive house prior to this track, ILLENIUM has added yet another string to his bow. The melody is just right and it would definitely be a feature of his sets – maybe we’ll see him release more progressive house in the future?

‘Superhero’ with William Black and Alna is about the ‘superhero’ in a relationship who no longer ‘holds the world underneath my feet’, essentially becoming the villain. With such a strong drum and bass influence and chilling vocals, this is by far the most upbeat and unique track on ‘Fallen Embers.’

‘I See You’ with Said the Sky is Fallen Ember’s longest track. You would be excused for believing that ILLENIUM and Said the Sky are an official duo, with this track being their tenth official release together (and the second on Fallen Embers, behind ‘Crazy Times’ with Rock Mafia). Whilst the all-time fan favorites are ‘Where’d U Go’ and ‘Rush Over Me’ with Seven Lions and Haliene, ‘I See You’ offers listeners a deeper experience. It’s stripped right back, it has feeling and meaning, it’ll probably make you cry and it even gets groovy. These two really bring out the best of one another, and I’m sure this won’t be the last track they collaborate on.

It’s been a busy week for ILLENIUM, releasing merchandise to celebrate the release of ‘Wouldn’t Change A Thing’ with Thirty Seconds to Mars, as well as announcing additional ‘throwback’ shows for San Francisco and Minneapolis on the upcoming ‘Fallen Embers’ tour.

For more information regarding ILLENIUM, merchandise and tour dates, click here. You can stream the deluxe version of Fallen Embers below, be sure to let us know your thoughts!