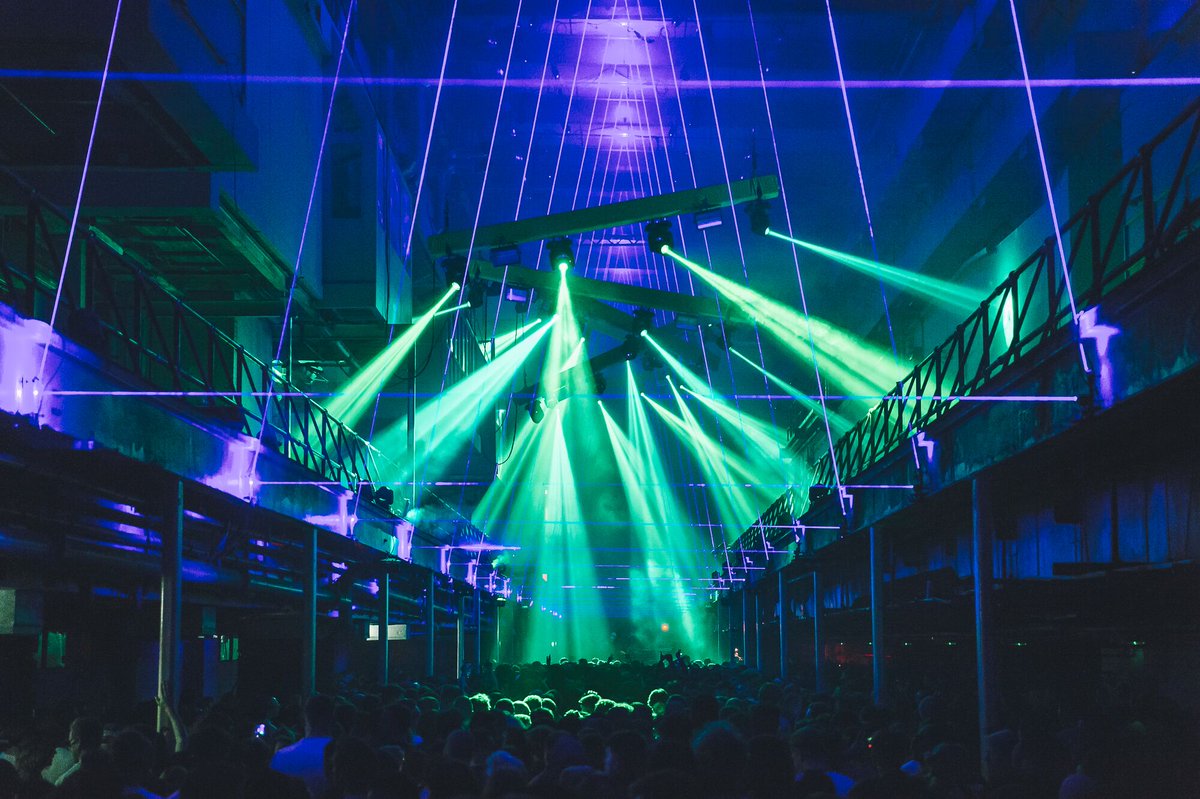 The German and UK Dance shares have accelerated over the past year, as detailed by the IMS Business Report that has just been issued.

Since 2015, the UK has seen a gradual decline in the number of dance singles sales and streams, with hip-hop and R&B numbers on the rise instead. However, the recent IMS Business Report for the past year now shows that things may be turning a corner as dance music is on a gradual ascent once again in the country, as its hip-hop and R&B counterparts have seen a slight decline as shown in the graphic below. 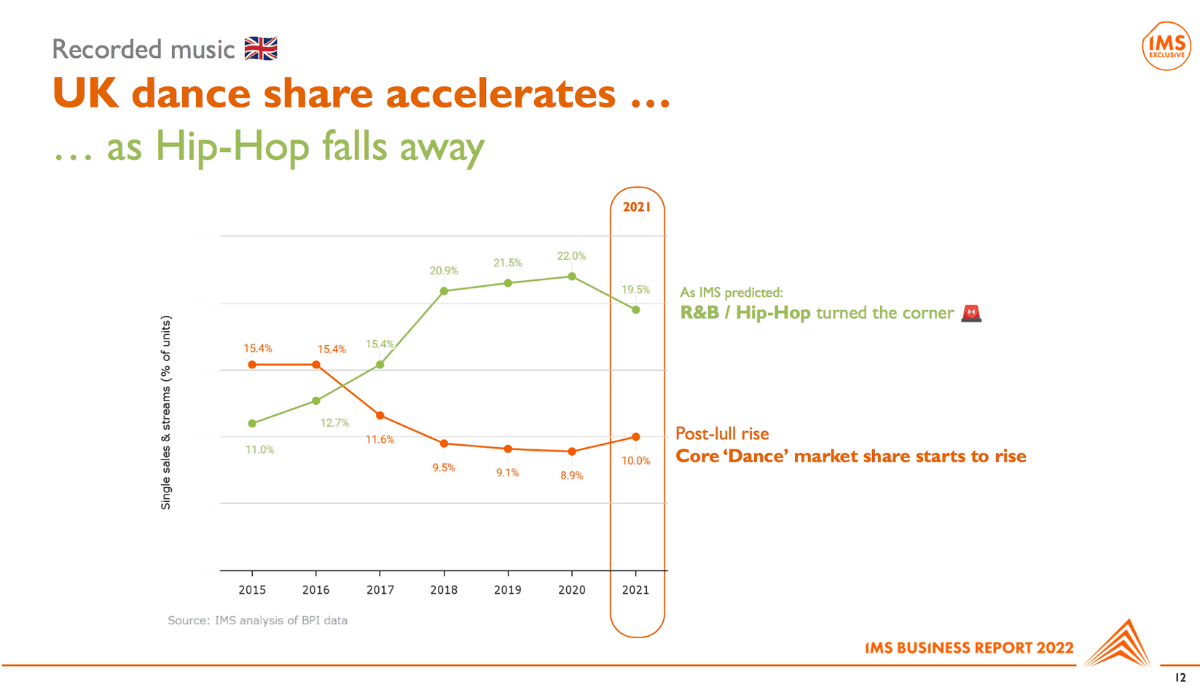 In the same report, it was also shown how dance music has seen a significant spike in Germany. There, they have surpassed the UK’s market share in 2021 for the first time ever, with a 28% increase in singles sales and streams over the last year. This incredible increase is likely down to how commercial radio in the country has begun to accept dance-pop as one of the most dominant genres with 33% of output being dance records. The likes of Robin Schulz, Alle Farben, Felix Jähn, Purple Disco Machine, and Topic have found particular popularity there, experiencing heavy airplay nation-wide. 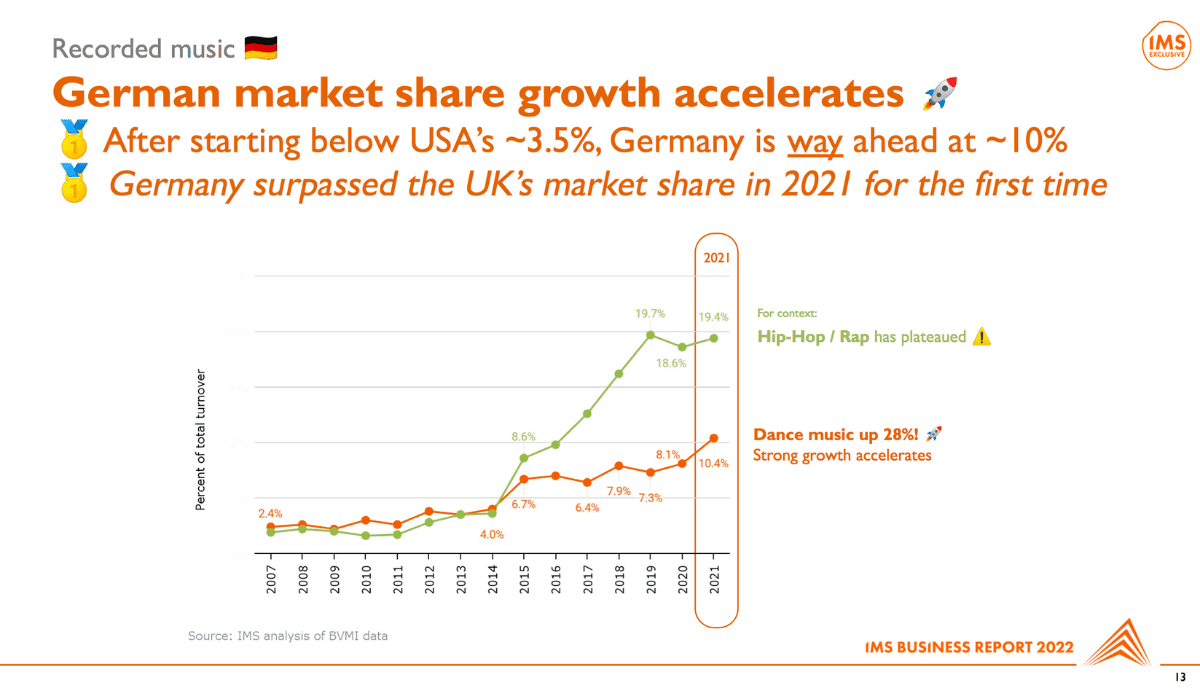 The expansive study of the electronic music industry goes on to document all manner of additional facts and figures about the current state of our scene. If you wish to uncover the full details of the IMS Business Report for 2022, you can subscribe and download a copy here.