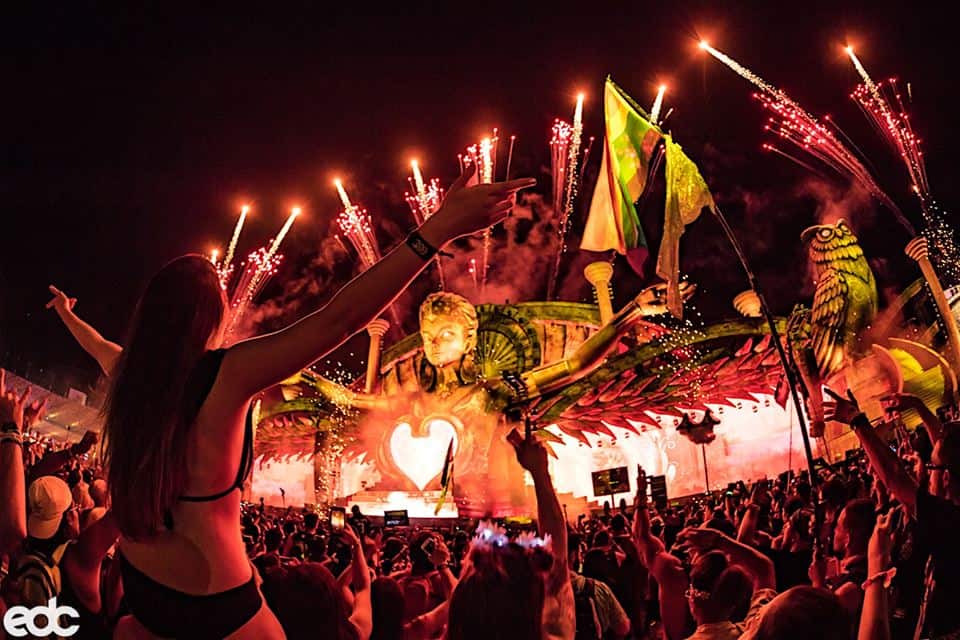 Pasquale Rotella has officially announced a series of great and wonderful changes that will not only take place this year but during 2021 as well. The Insomniac CEO/Founder recently announced these changes on his Instagram. This is very exciting news! Headliners will be able to experience even more from the popular music festival brand than ever before. Here are the many changes coming to Insomniac.

EDC Las Vegas
As we shared earlier, Insomniac's EDC Las Vegas will be expanding its festival footprint. This marvelous event will now be taking over the entire Las Vegas Motor Speedway. We know that it is hard to believe that the music festival could get any bigger, but it is! Not only this, but this year's theme will be announced sometime this week. In addition, the lineup will be announced next Thursday! Pasquale Rotella will announce it on his annual Music Through Music Episode on Night Owl Radio. You can tune in on February 20th at 6 PM PST.

EDC Worldwide
As many of you know, next year will mark the 25th EDC Anniversary. In celebration of this amazing achievement, Insomniac will announce multiple new EDC destinations. Insomniac aims to take the EDC experience around the world for all kinds of Headliners. In addition, Pasquale Rotella shares that this anniversary achievement will be celebrated throughout the whole 2021 year. We can't wait to see what Insomniac has in store for us.

Nocturnal Wonderland
Unfortunately, the new Nocturnal Wonderland venue is not as great as Insomniac expected; it is not meeting their expectations for their Headliners. Therefore, as of now, the fate of this year's Nocturnal Wonderland is unknown. Pasquale Rotella shares that they are currently thinking about doing one of two things: canceling this year's event and plan for a return in 2021 or bringing it back to its old venue, the Glen Helen Amphitheater. He will be posting a poll on Instagram to determine what Headliners believe is best.

Insomniac Passport
Insomniac's amazing ticketing program will be expanding. Member lounges and amenities will be enhanced.

EDC Orlando
This past EDC Orlando was one for the books. It became a 3-day festival with a total of 75,000 Headliners in attendance. Therefore, Insomniac has shared that their goal for this wonderful event is to keep their prices similar as it was last year. It is amazing to hear that they are very considerate of their attendees' financial situation. We can't wait to see what more is in store for this incredible event.

NOS Event Center
This venue has been home to Insomniac events since the '90s. According to Pasquale Rotella, Insomniac will be making changes to the venue for each event they host there. One of these changes will be an expanded footprint for Beyond Wonderland South California. New changes for Escape: Psycho Circus and Countdown NYE are expected.

Health & Wellness
Insomniac aims to add more health and wellness programs for 2020. They specifically hope to focus on Mental Illness; Pasquale Rotella is currently creating initiatives that will help to implement care not only at the events but all year.

Sustainability
Insomniac aims to make sustainable changes that will hopefully help the environment. It's free water-refill stations have decreased plastic use immensely. They also aim to implement solar options to power festival stages and will be using biofuels to power generators at certain events this year. Taking a step further, they have officially hired a full-time sustainability manager that will help them to create green initiatives while focusing on helping the environment.

Insomniac LTD
In case you were not aware, Insomniac currently owns its own clothing line. To promote the brand and gives fans easier access to its clothing, they will hold Insomniac LTD pop-up shops. They plan to open one during EDC Las Vegas this year. Additionally, they aim to have their own stand-alone store in Los Angeles during 2021.

According to Pasquale Rotella, there are many more announcements coming soon in regards to new festival locations, clubs, and partnerships. Stay tuned for these future announcements.

👁‍🗨😎 Big State of Insomniac Update! So much goin’ down, I couldn’t fit it all in the caption! 👉SWIPE thru and let me know your thoughts.