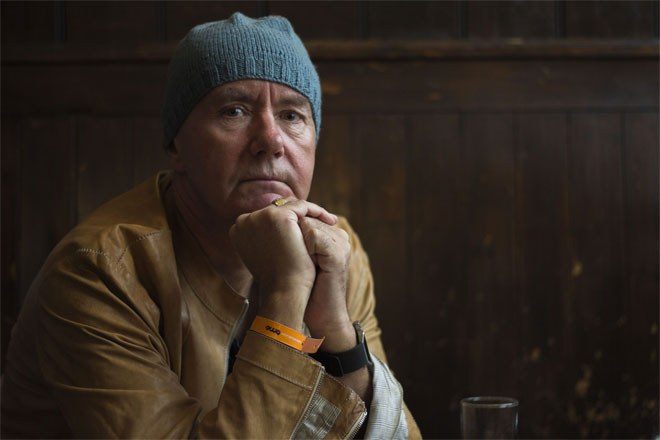 Irvine Welsh has defended his previous drug use saying "I'm glad I took loads of drugs".

The Trainspotting author has given a typically candid interview to GHQ magazine in which he riffs at length on drugs and society, stating that a world without drugs is inconceivable.

"It's impossible to conceive of what a world without drugs would even look like - music, art, religion and politics probably wouldn't exist as we know them.

"All I can say is that I'm glad I took loads of drugs, and I've absolutely no regrets personally about it at all. It probably gave me an edge as a writer, helping me expand my consciousness and cultural awareness.

"I had loads of great adventures. But I sailed very close to the wind, and ultimately, I'm also very glad that I knew when to stop. It's a young person's game, and best suited to a life when you have scant concept of your mortality. They simply don't work as well after that, and it all becomes diminishing returns."

Read this next: Rave crews are using apps to escape the police

The last time Welsh spoke to Mixmag, he revealed that he was becoming more interested in psychedelics and especially DMT. He titled the recently-released final book in the Trainspotting trilogy Dead Men's Trousers.

Welsh also gave his thoughts on why drugs are so popular in society:

"When asked about this issue, I'm not really sure that there is a drug problem. Drugs tend to be symptomatic of something else. Every time you have a society in transition, there is an epidemic of some kind.

"Our society is in transition now, as capitalism declines from its industrial high and we move into a world where all the technological development is counterintuitive to profits and paid work. Thus there is a tremendous gap in what people can do to progress their lives. Whenever there’s a gap, drugs will always be there to fill it.

"In some respects, we ourselves actually justify the very existence of drugs, which are part and parcel of our humanity. Human life is about work and play, about celebration and festival. This, in turn, equals intoxication, which equals drugs. So drugs are ubiquitous across all types of human society, from native cultures to post capitalist ones, and lionized in all religions."

Read this next: Carl Cox - "Police used to tap my phone"

He also gave his thoughts on the war on drugs, which is increasingly being viewed as a futile exercise by experts and governments:

"Something that really needs to be looked into is a more logical approach to the 'war on drugs'. I personally believe that if the effort and money invested in a more relaxed approach to the drug issue, you could really be onto something. I think you have to take the both the state and criminals out of the drug scene and just leave people alone.

"A lot of places have tried more 'liberal' regimes; Spain, Portugal, Uruguay, some US states, have all adopted different but successful experiments in drug legalisation/ decriminalisation.

"It'll happen across the world one day, as it's completely irrational to have a prohibitionist policy on drugs."

Welsh has previously blasted the war on drugs, coming to fabric's defence when the nightclub was shut down in 2016.