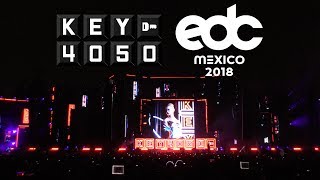 In 2016, the world trance got some shockingly awesome news when and announced that they joined forces to form . They played Dreamstate in 2017 in SoCal, delivering a fulfilling trance set at their debut. Fast forward to 2018, and they played a set at EDC Mexico over this past weekend that was heavily talked about among the trance community.

The beauty this set was that there were a TON ID tracks, the majority by KEY4050 themselves. They played a set solely their own stuff, really pushing out their own tracks to fans. This is something you should do as a new group, but both these artists boast an array hits themselves and don’t necessarily need to do that. This shows fans that they are really serious about their project, and this only leads to good things for trance lovers. Watch the full set below!