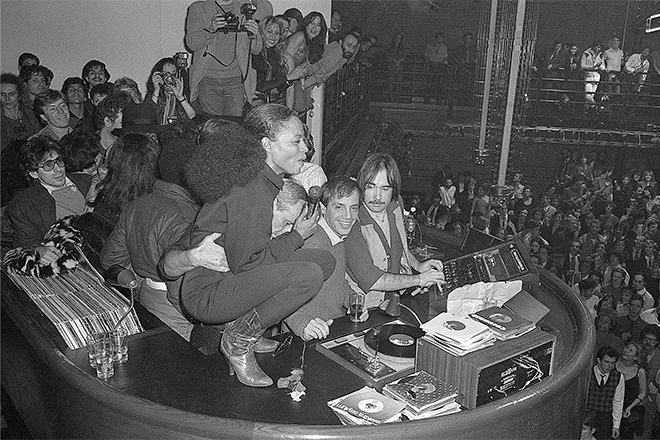 Studio 54 became known for its debaucherous parties and A-list clientele like Michael Jackson, Diana Ross (pictured) and David Bowie through the late 1970s and is widely considered one of the wildest clubs ever. The label is aiming to bring a taste of the irresistible spirit of disco’s heyday to a contemporary audience while still keeping its finger on the pulse of modern dance music.

The debut four-track EP reworks classic disco anthems by Don Ray (‘Got To Have Loving’), T-Connection (‘At Midnight’), Brainstorm (‘Lovin’ Is Really My Game’) and Voyage (‘Souvenirs’) into fresh versions.

The record is primarily produced by Razor-N-Tape boss JKriv and Morgan Wiley, who plays in disco group Midnight Magic and has worked with DFA Records bands like LCD Soundsystem and Hercules & Love Affair. Vocal features come from Tom Bowes, Nicki B, Adeline and RickExpress.

Speaking about the ‘Lovin’ Is Really My Game’, JKriv said: “The original Brainstorm version of this song is really more of a classic R&B/soul tune than straight disco and is at a burning tempo of almost 140bpm. We knew we had to slow it down but still retain all that fiery energy, so we gave it an almost Sylvester-esque treatment with pulsating arpeggiated synths and a hyped open-high hat consistent drum groove. Jonny Dinklage’s stabbing strings really added magic to the production and of course Adeline kills it in full disco diva mode on the vocals!”

Read this next: I feel love: Donna Summer and Giorgio Moroder created the template for dance music as we know it

Listen to ‘Lovin’ Is Really My Game’ below.