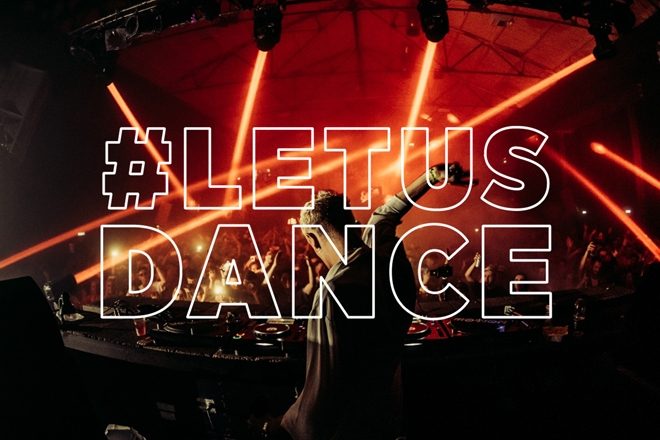 A new campaign has been launched that is urging the UK government to save nightclubs and venues.

#LetUsDance has the backing of the likes of Fatboy Slim, Pete Tong and Four Tet and is being powered by the Association For Electronic Music and the Night Time Industries Association.

The campaign is asking UK ravers to spread the word on socials and write to their local MP as nightclubs and live music venues as crippled by the effect of the global pandemic.

The UK government has so far not announced a roadmap for when nightclubs can reopen, although it did reveal that indoor concerts could take place from August 1.

There has also been a £1.57 billion stimulus package announced for the arts, however it is as yet unclear how the proceeds will be shared between the UK arts sector.

London's Night Czar, Amy Lamé said: “London’s dance venues and nightclubs are the envy of the world. They are a social hub for so many communities and a key part of our economy at night, but the Government has failed to provide them with specific support or give an indication of when they can open their doors again.

“Like so many night-time venues, they have been hit hard by the impact of months of closure due to Covid-19 and are in urgent need of help. The Government must make clear its commitment to protecting jobs in this vibrant sector to ensure that London’s nightclubs not only survive this pandemic, but thrive beyond it.”

1. Social Media Posts
Post your favourite picture from a recent nightclub, dance festival or event with a note supporting its place within arts and culture.
If you would like to use the standard assets which have been created for the campaign or create your own designs using the logo, all components can be found on this link: #LetUsDance Assets

Pre-made social media graphics can also be used and downloaded here. Please use the hashtag #LetUsDance with all posts.

2.Letter to Local MP
A draft letter to local MP’s will be available an automated online system for fans, artists and industry professionals to access and send automatically. Access the letter here.