For the previous 15 years, Lightning in a Bottle has been a staple of Southern California’s dynamic pageant scene. Between its enlightening and eclectic line-ups, beloved rituals and inspired debaucherous conduct, the three-day occasion has rightfully stood its floor as certainly one of North America’s highlighted “transformational” festivals.

While unhappy to see depart its authentic location behind, LIB's new house has a lush grassy topography, thick shade bushes and swim-friendly shoreline that's sure to get its loyal fanbase onboard very quickly.

Tickets for Lightning in a Bottle 2019 go on sale February 16 at 10 am PST. Purchase them here 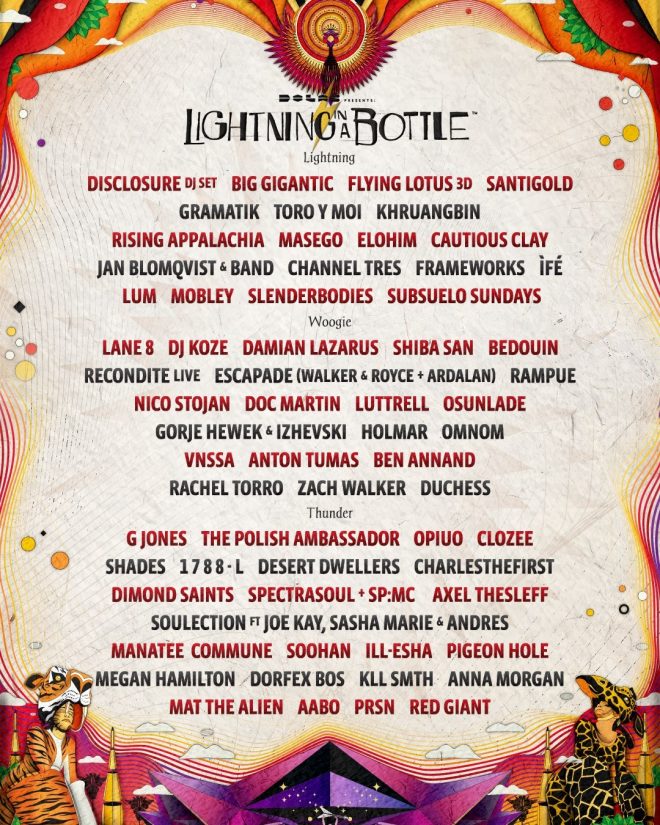