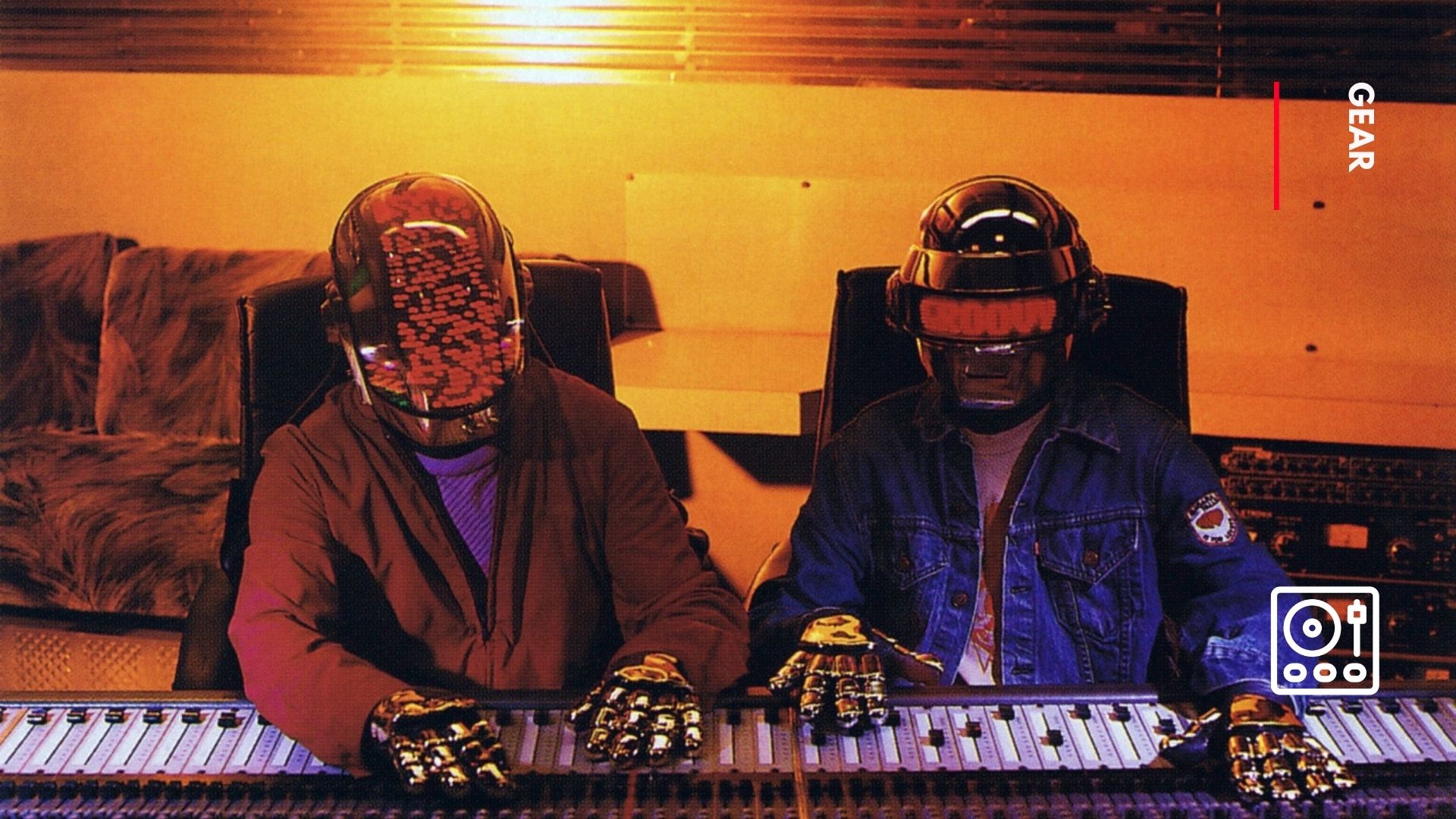 On 22 February 2021, the music world got the news that nobody wanted to hear. After twenty-eight years of cooperation, Guy-Manuel de Homem-Christo and Thomas Bangalter ended the legendary duo Daft Punk, a precursor of electronic music, who with their live performance at Coachella 2007 changed the face of the game forever. The Frenchmen have won Grammy awards, hundreds of millions of views, and their albums Random Access Memories (2013) and Homework (1997) have gone down in music history forever with their all-time legendary status and being some of the best electronic albums of all time. Daft Punk’s debut album, the aforementioned Homework with the hit ‘Around The World‘, was released in 1997, and on the accompanying Daftendirektour tour, the musicians performed live using their studio equipment. In the 1990s, music production software such as Ableton (first version in 2001) or FL Studio (first version in 1998) was still in its infancy, not to mention plug-ins such as Massive, Serum, or Sylenth1, without which many modern-day producers could not imagine their lives. The list of gear used by Daft Punk and other musicians was based on hardware – samplers, drum machines, synthesizers, sequencers, etc.

Thanks to a Reddit user, we’ve come into possession of an archived article from a Japanese magazine from 1999, the year Daft Punk began work on their second album, Discovery, listing all the equipment used by the Guy-Manuel & Thomas, with a production example and a photo showing their set-up for live performances.

In the first step when making music with hardware, it goes through the mixer and the compressor and is recorded on the DAT. After that, effects are put on the sound source before going into the mixer to be recorded. We don’t use the AUX on the mixer.

The second step is directly putting the sounds from the DAT into the S-760 sampler and editing/cutting the two tracks into however many pieces, like hard disk recording.

Lastly, we recorded it directly from the S-760 to the DAT. From here we do the rest with the Macintosh.

Full list of gear used by Daft Punk in the 90s:

A full gear list from the mentioned magazine can be found here.