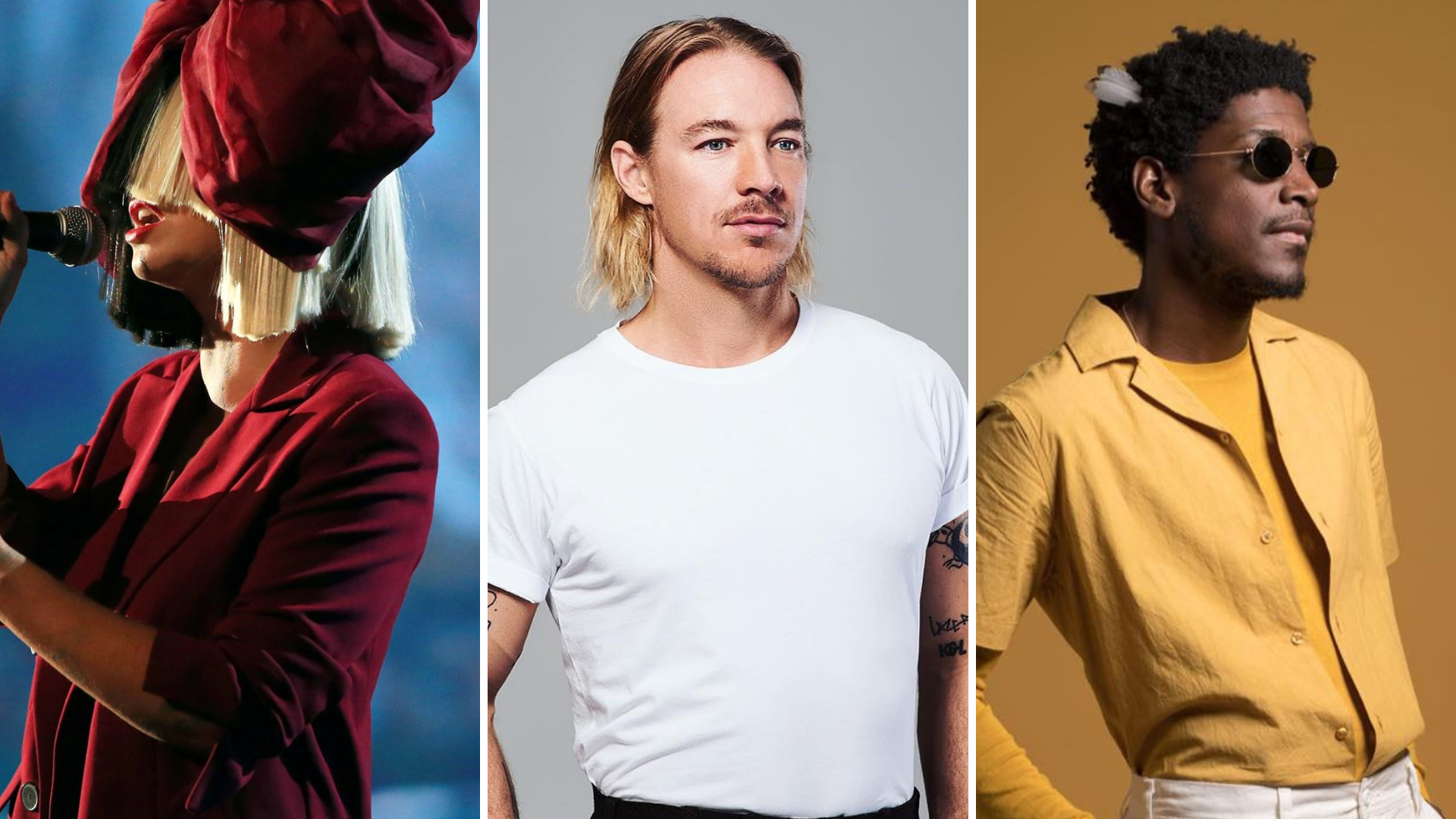 Although we still have to wait for summer to come, Jamaican-American trio Major Lazer bring the heat with the reloaded ‘Music Is The Weapon‘ album, including their joint track with Sia and Labrinth, called ‘Titans‘.

Major Lazer debuted the track in their ‘A Very Lazer Sunday’ livestream on March 15 last year, and fans have been counting the days for this collaboration ever since. Diplo hinted last October on Twitter that the collaboration with Sia drops in 2021 and thankfully, he kept the promise. Avid fans of the trio are well aware of the pop supergroup, LSD which is the moniker featuring British rapper, producer, singer and songwriter Labrinth, Australian producer, singer-songwriter Sia and American DJ and producer Diplo. The supergroup went on to release an album in 2019 titled ‘Labrinth, Sia & Diplo Present… LSD’ , including hit songs such as ‘Thunderclouds‘, ‘Mountains‘, ‘Audio‘ and ‘No New Friends‘, accumulating over 1 billion streams on Spotify with the debut LP. All three of them are world-class acts on their own, which means that them putting their heads together can only result in chart-topping hits. ‘Titans’ feels like a summer club anthem right after the first listening. Sia exceeds her previous vocal performances once again, showing her spectacular vocal range in this track as well.The dramatic buildup and moombahton’s two-step pulse with the quick drum fills accompany her voice smoothly, just like Labrinth’s catchy and care-free vocals, adding a vivid soundscape to the song.

Diplo shared his thoughts with Zane Lowe about LSD in 2018:

“I’m definitely the third wheel in this project. I’m just here to kind of make sure things make sense, ’cause when you put Lab and Sia in a room, it’s like the craziest concoction of two people with the most intense attention deficit disorder with the most creative people I’ve ever met … like, in a boxing match, like bam, bam, bam, bam. I worked with Sia for many years and I’ve never been able to hold her interest. I’ve worked so hard just to keep her interested, and Lab is the only person that’s fast enough to outdo her. It’s crazy how they bring out the best in each other.”

Check out the star studded reloaded ‘Music Is The Weapon’ by Major Lazer, including their collaboration with Sia and Labrinth!