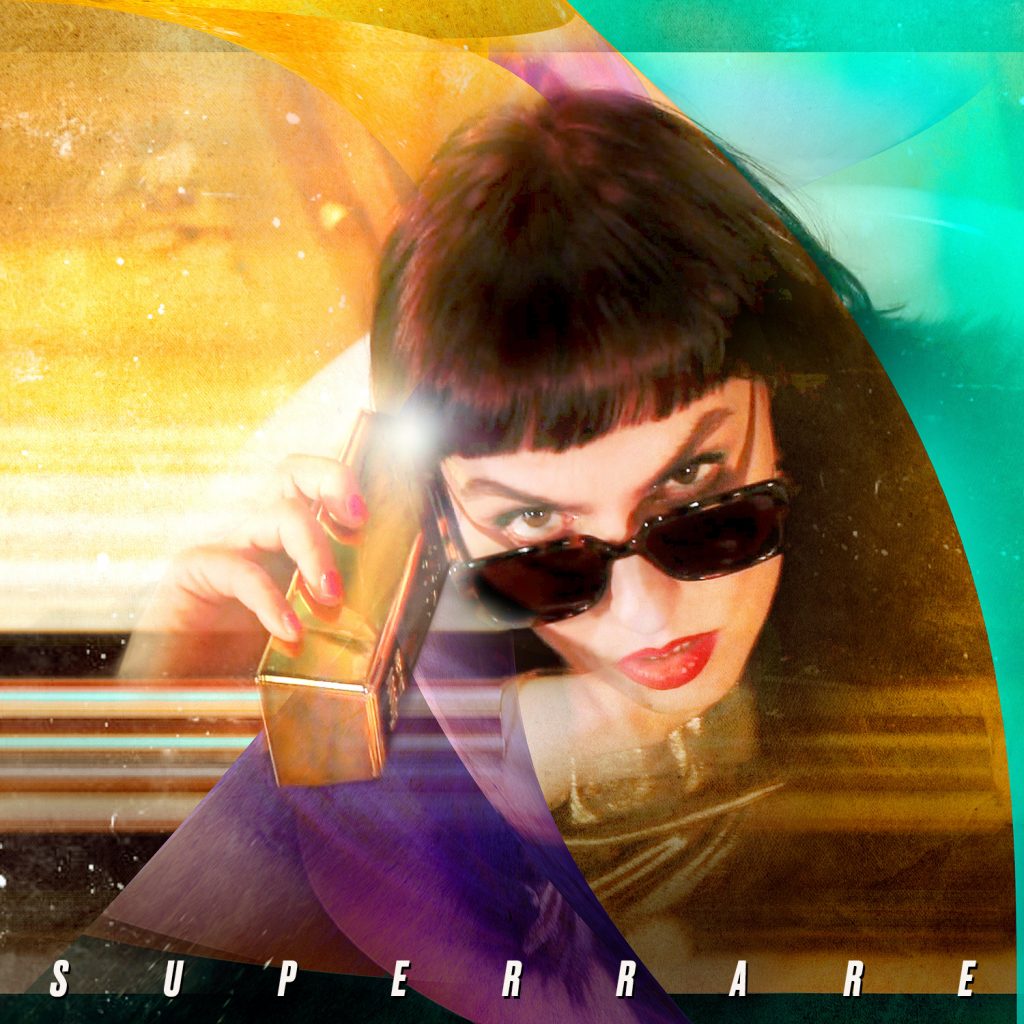 Rising avant-tech-pop producer MARIA Die RUHE will be releasing her latest single, ‘Superrare‘ on the 31st March via Reduced To The Root. The song follows the artist’s recent single, ‘Skin’ with a stop motion video as well as ‘Art Is The Only Real Translation Of Living For Me’ which was also accompanied by an abstract video. ‘Skin’ has already been supported by CLASH Magazine, Glamglare and Notion Magazine. The singer-songwriter has performed on several different stages across Europe, including Germany, the Netherlands, Norway, Poland, Switzerland, and Turkey, each time bringing new energy to her set. Although the songstress has only been releasing music for a few years, she’s already collected just under 6.5 million plays on Spotify alone, with the number rising by the day.

The singer is from Thuringia, Germany previously lived in both Berlin, San Francisco, as well as London and is now based in Leipzig, Germany once more. While creating her unique sound, MARIA Die RUHE loses herself in different sonic realms, never minding the genre and recognising the works of Frank Wiedemann, Stimming, Dominik Eulberg, Elder Island, Sylvan Esso, James Blake, SOHN and The Knife to name a few. Her own sound calls to mind the unusual sounds of Robyn, Tove Lo and MØ.

MARIA Die RUHE holds back nothing as she reveals her latest lavish creation. ‘Superrare‘ contains that stylistic cheek that every artist needs to set them apart: a little ego fuelled by an enticing beat and balanced by elements of humour. In the end, where are we without our friends to play along with our shenanigans, one ridiculous pair of glasses at a time and a retro bassline that’s got us crawling back to the club one electronic embellishment at a time.

MARIA Die RUHE tells us about the single, “Are we really what we seem to be? Taking a glimpse at our over–optimised world that screams for success and individualization – do we all need to be super rare, super fancy, and super perfect? Doesn’t this just make us distanced and perfectly damaged? I created this song on the edge of capitalism and capitulation. Beneath the surface, there is always a human being and it might be worth taking a second look at who a person really is. Maybe this reality is even more interesting than a seemingly needed perfectionism.”

“Bold avant-pop music that twists and turns of its own volition, the energising creativity that drives ‘Skin’ is simply overwhelming.” – CLASH Magazine

“MARIA Die RUHE has quickly staked out a highly distinctive position in the field of pop as an unpredictable, innovative experimenter whose efforts straddle genre and theme. Her songs and music videos are beguiling works of abstract art, defying obvious interpretations and prompting lengthy, considered thought.” – Notion Magazine