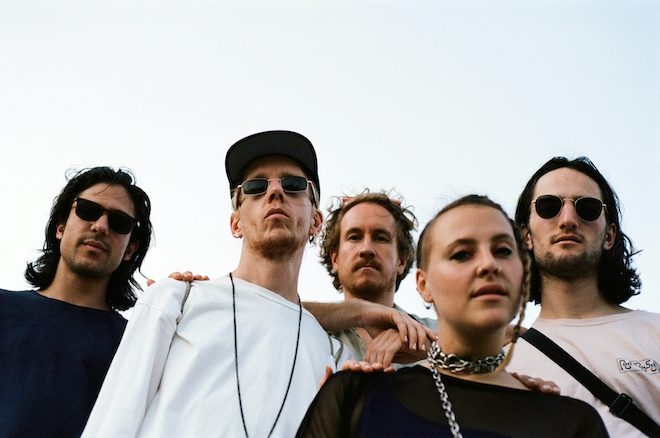 It’s the first live album that Rhythm Section have put out in their five years of running.

When gigs and festivals have been cancelled for the foreseeable future, ‘Live At La Défense’ is a welcome reminder of the energy and community that is bred from live performance, and offers a way of recreating that from the safety and comfort of one’s own home.

Shouts and whistles from the crowd are audible throughout, as well as the electric improvisation of 30/70 themselves. The set features tracks from the band’s recent third album ‘Fluid Motion’, which was released on Rhythm Section in October last year, as well as an exclusive forthcoming track ‘T.L.F.’

Rhythm Section boss Bradley Zero has commented, “In lieu of being able to see any live performances this summer, we hope this recording goes some way to fill the gap left in our souls and point ahead toward brighter times when we can be together and share these experiences again.”

Get your copy of ‘Live At La Défense’ here, and see the full tracklist below.Tracklist