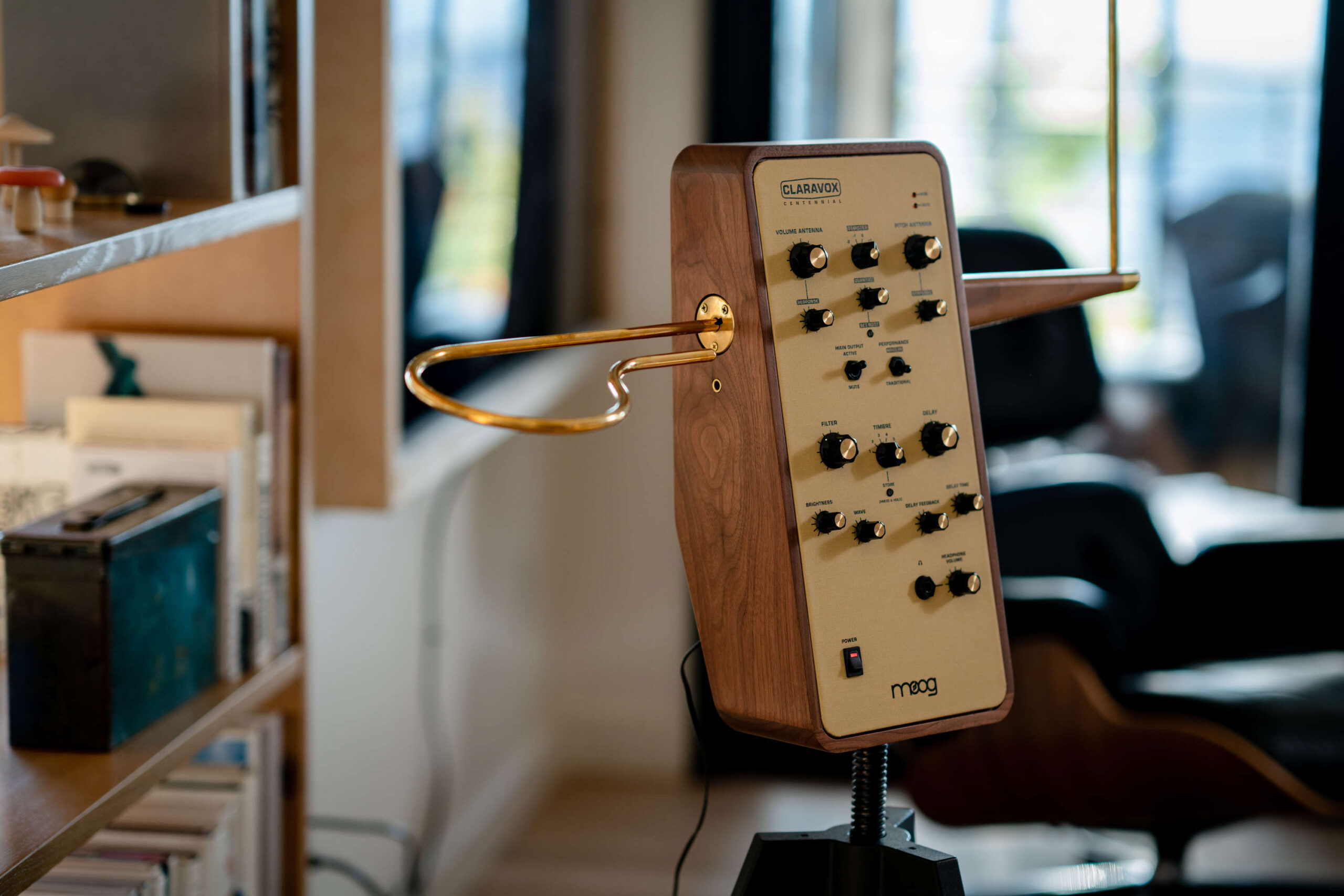 Over the years we have become more familiar with the name Moog, which has become a direct synonym for music. Apart from the incredible talent of music producers, the truth is that our favourite tracks wouldn’t exist without Moog. Their synthesizers are authentic stars. They distinguish themselves not only by their creative and exceptional naming but also by their exquisite engineering and architecture. Present in the music studios of most electronic music producers, Moog presents an unbelievable catalogue, with its genesis in classical music.

The theremin is more than a strange instrument, is the invention that led to the development of synthesizers. Back in 1920, Russian Leon Theremin invented the gestural instrument that changed players’ perception of music. Leon’s invention resulted from the combination of his skills: physics and cello. The device was capable of measuring the density of gas giving auditory representations of the values’ reading. This was already spectacular but he also noticed that body’s proximity to the device affected the tone. Leon Theremin knew he had built something incredible and patented the invention.

One day, leafing through an issue of Electronics World magazine, teenager Bob Moog fell in love with this piece and built his own, based on the model he had seen. This moment marks the beginning of Moog’s theremin and all his devices:

Moog wrote ‘I became a designer of electronic musical instruments because of my fascination with the theremin, (…) Using the experience and insights I gained by designing theremins, I started designing and building synthesizers.’

But what does the theremin do anyway? Is the only instrument that can be played without physical contact, is controlled by moving your hands in the air near two metal antennas. Something that requires amazing precision. The upright antenna determines the pitch and the horizontal one controls the volume.

Apart from its mesmerizing technology, its look is phenomenal. Claravox Centennial, that takes its name from Clara Rockmore, is beautiful and appealing. It is a classy piece that combines a vintage look with the modernity of Moog’s finishing touches. This celebratory theremin has two distinctive modes: traditional and modern. The first one uses heterodyne oscillators for a more authentic theremin sound and the second uses multimode DSP oscillator (sine, triangle, saw, wavetable) with assignable scales, quantization, octave ranges, and response curves. An analogue wave-shaping circuit derived from the Moog Etherwave Pro allows to tame and balance the gain of the signal as well as adding saturation to fatten the harmonics. There’s also a built-in analogue BBD delay. Claravox Centennial can be calibrated as wanted and connectivity options include DIN MIDI, USB, and CV inputs and outputs. There’s front-panel preset storage for instant recall of sounds and settings, pitch quantization, scale selections, and a dedicated software editor to further expand the instrument’s control.