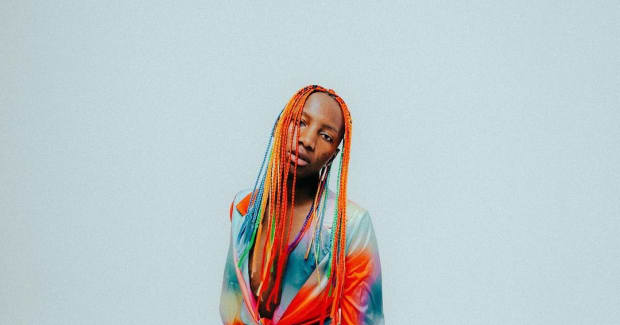 What a moment for Moore Kismet, who has announced their debut headlining show in their hometown of Los Angeles.

The young electronic music prodigy, who was named to EDM.com's Class of 2021, today revealed the upcoming concert, "UNIVERSE: A CELEBRATION OF GROWTH." Scheduled for December 3rd at the famed Roxy Theatre, the show takes its name from Kismet's scintillating debut album, UNIVERSE, a Grammy dark horse released back in June.

Fans of Kismet can expect a "completely unparalleled experience" and a "myriad of special surprises," according to the genre-bending unicorn. And it's all going down on their 18th birthday.

"ever since I started Moore Kismet, I always dreamed of taking this beautifully weird music I make to shows where my name is on the top billing and I get to give people the best show they’ve ever seen," they wrote in a celebratory Instagram post.

It's been a breakneck rise to the top for Kismet, a nonbinary musician, visual artist and actor who has become one of the leading voices for LGBTQ+ rights in the electronic music community.

Pre-sale tickets to "UNIVERSE: A CELEBRATION OF GROWTH" go on sale Thursday, November 3rd at 10am. General tickets will then release the following day at the same time.