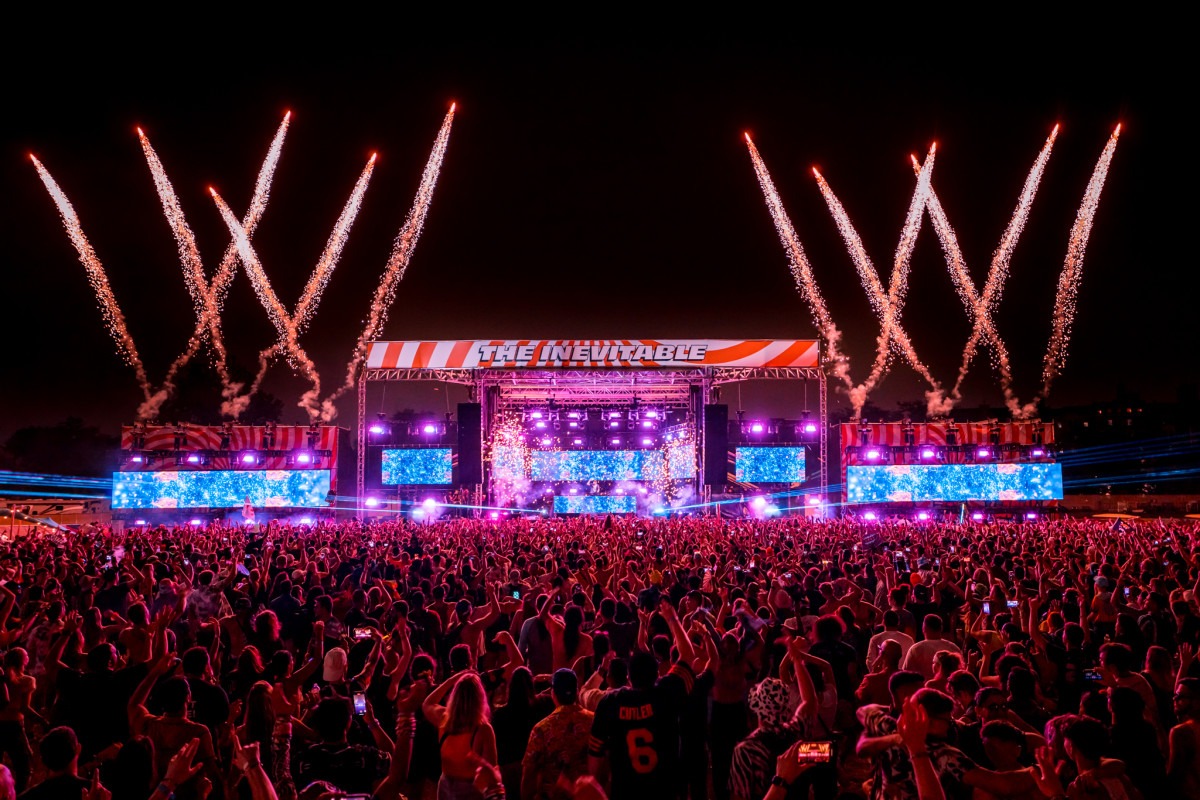 Like its pop art inspirations, Chicago's Heatwave Music Festival was an immediate attention-grabber.

The Douglass Park-based event made the most of its sizzling summer debut, where there was certainly no shortage of options for avid festival attendees. Chicagoans know full well how summer in the Windy City is all too short, and with Pitchfork Music Festival, Mas Flow Reggaeton Fest, Heatwave and more happening in the same weekend, fans were eager to capitalize on the fleeting hours.

Despite the heavy competition, electronic dance music fans showed up en masse for what could be the next staple of the midwest's summer festival scene.

The vote of confidence from the electronic music community certainly didn't arise randomly out of thin air. The effort was backed by event production company Auris Presents, who have established a proven track record as tastemakers in the birthplace of house music. They're the capable hands responsible for architecting shows at a number of Chicago's hubs for electronic music, including PRYSM Nightclub, Concord Music Hall, RADIUS, and more.

In 2021, the team brought Chicago's Arc Music Festival to market with a vision for connecting dance music fans with the city's house music sensibilities. With Arc's successful Labor Day Weekend debut in the books, it wasn't long before Auris went back to the drawing board to conceptualize a follow up.

From the outset, it was clear Heatwave's vision was going to be unique. Festival-goers expect as much these days since it's not exactly a secret that the festival landscape is evolving beneath our feet, whether it's through the use of technology, the catering of unique experiences or something else entirely. Amid an over-saturation of choice, Heatwave found its edge by combining a cohesive artistic vision with artists who met the moment.

Even if you didn't immediately know what was happening at Douglass Park over the weekend, Heatwave's aesthetic was likely to turn your head. With vibrant decorations, colorful art installations and shareable photo ops located throughout the park, Heatwave blasted decades into the past while leaning into one of the most vibrant artistic movements of the modern era.

The festival's visual vibrancy was matched by artists more than eager to put attendees into the carefree spirit. At the core of the action was a particularly uplifting lineup that delivered sets from Loud Luxury, Audien, Galantis, Tiësto and Endless Summer (Jonas Blue and Sam Feldt), to name a few.

Heatwave is where "music meets imagination," and the inspiration behind the decision to embrace pop art specifically is tied to the history of dance music more than one might immediately expect. Notably, the artistic movement's most prominent creator, Andy Warhol, previously had a critic state that the artist's work had more in common with the discotheque than the traditional art gallery.

In the late 1960s the famed artist created an experimental multimedia show with The Velvet Underground which combined dancing, strobes, live music and film. Warhol called the eclectic experience the "Exploding Plastic Inevitable" and went on to tour the country with the show for a year.

One of the locations he visited was Chicago's Poor Richard’s nightclub for a performance that was misunderstood at the time, to say the least. According to Bauhaus Imaginista, one reviewer later wrote in his opening remarks: "It’s hot, godawful, sticky, sweaty, miserable hot." The rest of the review wasn't much more glowing, either.

But contrary to the spotty reception of of Warhol's "Exploding Plastic Inevitable," a niche moment in the foundation of rave culture, we suspect that there won't be much guesswork involved for Heatwave to continue finding its audience for many years to come.