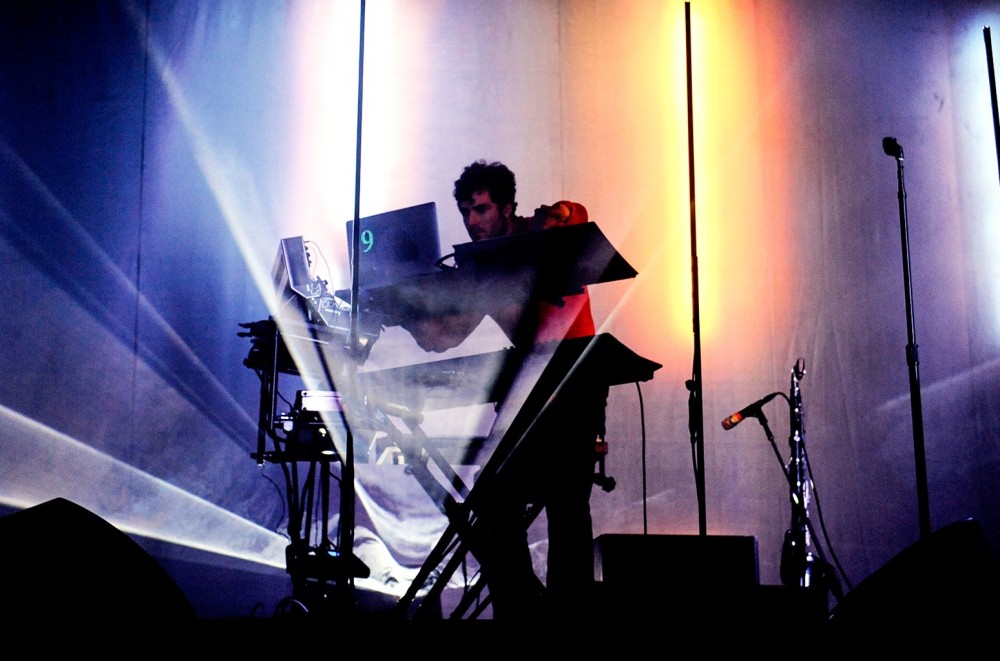 Another day, another Nicolas Jaar LP—or at least it feels that way, with the Chilean-American producer gearing up for his third full-length of the year.

In a brief segment on Palestine’s Radio Al Hara, Jaar details the upcoming project, Telas, noting that it’s an hour-long piece of music that’s been divided into four parts before giving listeners a preview of the moody and scenic first segment “Telahora.” Although Jaar is considered a visionary in his own right, he also goes on to thank the list of collaborators who helped bring Telas to life, particularly Somnath Bhatt, who’s largely responsible for the album’s forthcoming visual accompaniment.

In an interview with Resident Advisor, Jaar described the upcoming album.

“The Against All Logic project has allowed me to make Cenizas,” he said. “You get rid of anger and then you can mourn. And then after mourning, you can do what Telas does, which when you listen to it you’ll understand. It’s a process.”

Rumors suggest that the album may be out May 29, but there is no official release date as of yet. Listen to Nicolas Jaar’s radio appearance below.