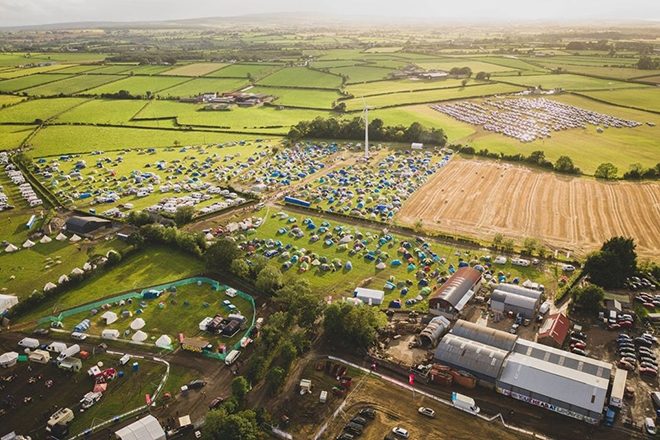 The event is being organised by Stendhal Festival (pictured), which was due to take place across August 6 to 8 next month but forced into postponement by the pandemic. Whether Unlocked can go ahead is subject to government approval, but all going smoothly it will take place on consecutive weekends across August 21 to 22 and August 28 to 29 at Ballymully Cottage Farm with a proposed capacity between 500 to 1000 people and age restriction of 21+.

Weekend camping and weekend non-camping tickets will be available, with the former including a pre-booked eight metre by eight metre camping plot on the 25 acre site. These will be strictly for 2 people from the same household or social support bubble.

Read this next: A social distancing club night has been held in Germany

A minimum of three stages and 50 performances is planned, with line-up announcements for the first weekend due on Friday, July 3.

Public health measures will include multiple sanitising stations, temperature checks upon entry to the site and across different areas of the festival, and patrons, staff and performers expected to adhere to one metre social distancing.