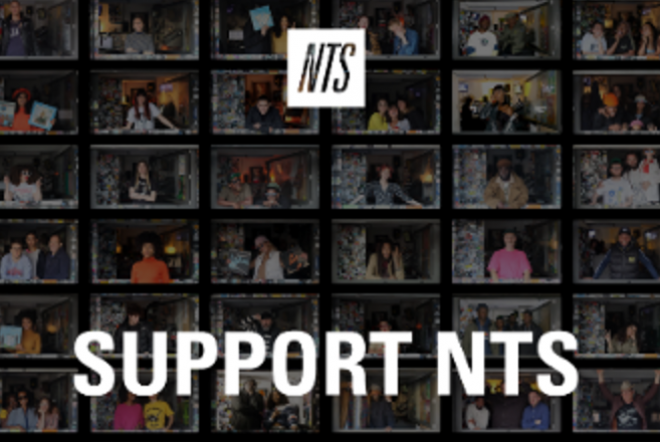 Starting at a minimum of £2.99 a month or £33 a year, NTS listeners are encouraged to pay what they can, at either monthly or annual billing, to help NTS with its running costs. Perks include live tracklisting, new features and 20% off NTS merch.

The proceeds raised will go directly back into NTS, helping to pay for its licensing, the streaming infrastructure and the production of its radio shows. 50% of all money raised through NTS Supporters will go directly to paying NTS Residents.

Previously, NTS funded itself through various channels, including merchandise sales, ticketed events, branded partnerships and funded projects. NTS Supporters comes as a way for the internet radio station to move towards a more sustainable funding model in the wake of the Coronavirus lockdown.

Read this next: 13 of the best dance music sets on NTS Radio

NTS Supporters follows on from NTS Friends, which launched in 2019. NTS Friends was capped at 1000 supporters paying £49.50 a year, and sold out in two weeks. Perks included a collection of five limited edition artist prints, 20% off NTS merch and a numbered black metal NTS Friends card.

Become an NTS Supporter here and check out the full list of new residents below.