London promoters Make Me and Percolate have booked Objekt to play his live A/V show in the capital for the first time.

The event will take place on September 12 at Islington Assembly Hall.

The live show, which made its full festival debut at Primavera Sound in June, features tracks from his 2018 LP 'Cocoon Crush' on PAN and selected works from his earlier discography.

The visuals for his performance have been created by Ezra Miller, an artist and designer who has also developed and performed visuals for Yves Tumor's live act.

Optimo Music's Lia Mice will also perform at the event with all all-hardware live AV set.

Head here to grab your tickets and check out the event flyer below. 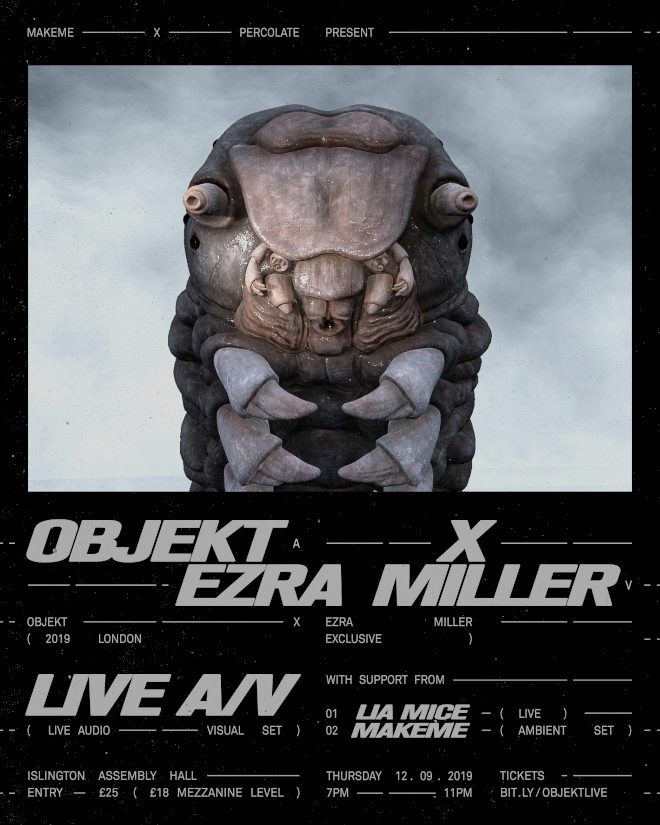