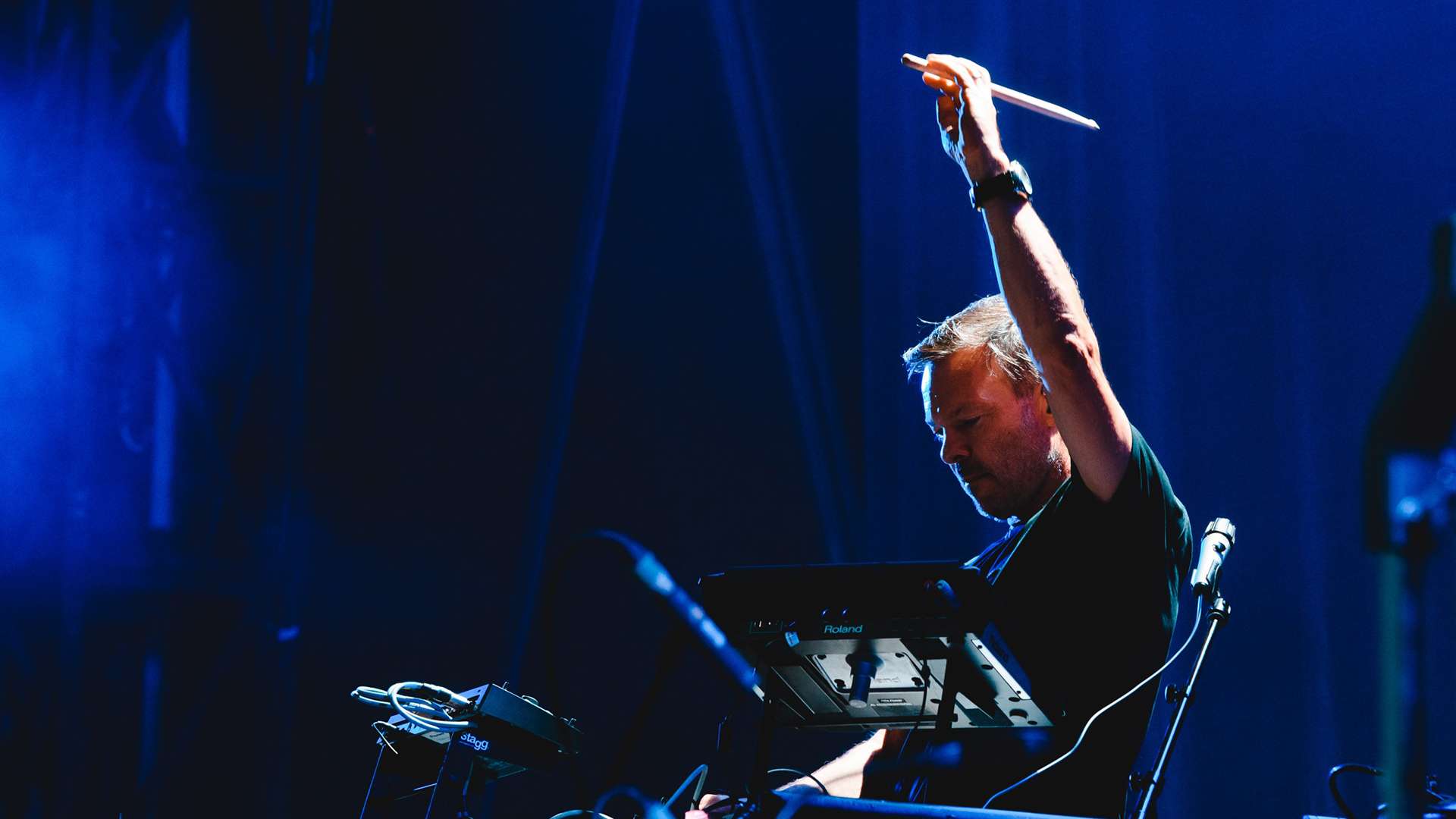 Dance music legend Pete Tong joined the talented conductor Jules Buckley and The Heritage Orchestra at the O2 Arena for another glorious ‘Ibiza Classics’ show. Since 2016, going to a Christmas rave hosted by the world-famous voice of BBC Radio 1 has become a British tradition. ‘Ibiza Classics’ party as we know it was postponed to 2021, giving place to an ambitious digital edition called ‘O Come All Ye Ravers’. The O2 Arena opened its doors, closed since March, to host this exclusive virtual edition of Pete Tong’s sell-out show. This time, the iconic London 20,000 capacity venue was empty, as far as spectators are concerned, but packed of Balearic magic. At the end of such an atypical year, it is comforting to realise that there are traditions that can continue to be fulfilled, even with many adaptations. Pete shared his thoughts about this:

‘2020, our whole year has been lost, no tours no shows no exceptions. We can’t be together in clubs or concert arenas BUT we can still put on a show for you. We’re going to perform from the floor of The O2 arena and broadcast it right into your homes. The rave will be back one day but for now we are going to make the most of what we have.’

‘O Come All Ye Ravers’ was broadcasted last Saturday, December 19, via LIVENow, transporting music lovers back to Ibiza for a few hours. Before the main show, it was possible to dance to the sound of Ibiza’s finest with a pre-party mix courtesy of Ministry of Sound. The one-hour playlist served as an appetizer for the majestic spectacle that followed.

The stream started with a powerful and emotional statement from Pete Tong about the impact of the pandemic in the music industry, in Ibiza’s entertainment culture and in life. The video included footages from the island and the testimonial of some other artist like The Blessed Madonna, Idris Elba, Kölsch and Faithless’ Sister Bliss. It was a melancholic and nostalgic kick-off for this special event. Ibiza is now a forbidden pleasure, literally, but the White Isle energy was captured and shared perfectly from the O2 Arena. The floor became the stage and the spectators were replaced by the paraphernalia of lights and lasers that danced to the rhythm of some of the best Ibiza classics ever made. The 65 orchestra pieces conducted by the great Jules Buckley were arranged in a circle, flawlessly aligned and properly spaced, as the event had its own team to ensure total safety and to keep in line with the Covid-19 health and safety guidelines. The command was from Jules, but the musical choice was left to the unmatched Pete Tong, whose talent to discover and select the best songs is already so well known. The energy was at its peak and it was contagious. Musicians, vocalists, everyone smiled and danced to the frenetic rhythm of Ibiza and Pete. Jessie Ware and Nathan Duvall from The Disciples were the special guests, but the night was filled with other great voices as well. Holly Petrie, Vula Malinga and Brendan Reilly were the vocalists signed to accompany the HER-O orchestra and UK prodigy Baely also made an appearance.

Let’s take a little tour on the setlist that brightened up the evening. After almost a hand full of editions, it is still possible to be surprised by different classics. From the oldest to the most contemporary, Pete has brilliantly selected a list of songs that have filled Ibiza’s dance floors. In a sublime arrangement for orchestra, we are presented with high-level edits and reinterpretations. ‘Right Here, Right Now’ was the first big classic to be heard that night. It’s a track that begs for an orchestra to emphasize even more the original melody and the result was absolutely sublime. Right after, the powerful voice of Brendan Reilly raised the energy with the delicious dance anthem ‘You Don’t Know Me’. The wind instruments replaced the knobs and faders on the mixing table and made a brilliant connection to the next hot tune: ‘The Bomb (These Sounds Fall Into My Mind)’. We can’t think about classics without thinking about Stardust, and that’s why ‘Music Sounds Better With You’ could not be absent. The orchestra gave it even more glamour and the romanticism of the lyrics was immortalized by the sublime vocals of the trio. Baely then emerged to give voice to the super hit ‘I’m Not Alone’.  Floating around the greatest Ibiza’s hits we find ‘Children’ and ‘9pm (Till I Come)’. Full of groove, joy and good vibes, ‘Hideaway’ arrives. The deep voice of Vula Malinga is simply hypnotizing and the interpretation gives freshness to this ultimate classic. Special guest Jessie Ware sing her very own magical ‘Running’. On a dramatic arrival down the stairs and barefoot, she takes off with her powerful resonance box. This track remains as good as ever and even more electrifying with Pete Tong at the helm. The classic ‘Promised Land’ comes with a renewed vibe and energy. Layered and beautifully played, gains even more elegance with Duvall’s voice. One of the uplifting moments of the evening, no doubt.

Pete Tong took the opportunity to make a well-deserved tribute to two big names who left us this year. José Padilla and Andrew Weatherall were remembered in a beautiful moment with images of Ibiza and the sound of Tong’s celestial track ‘Belfast‘. To recover energy, the talented Holly Petrie gives voice to a classic to which no one is indifferent: ‘Touch Me’. Jessie Ware and Vula Malinga take up the spotlight again with ‘Finally‘ and ‘Red Alert’, respectively. ‘Insomnia‘ was the big hit that followed and Pete Tong dedicated it to all ravers that were watching at home. The keys were taken to the exponent by the incredible orchestra, offering a very high moment. Next up was the extraordinary Tong’s medley that includes the mega-hits ‘Strings Of Life’, ‘Knights Of The Jaguar’, ‘Nightmare‘ and ‘Cafe Del Mar’.

The grand finale was starred by Vula Malinga who sang and shine with ‘Show Me Love‘. The HER-O orchestra, Jules Buckley and Pete Tong gave it a new depth and rhythm, further increasing the desire to dance to this ready for the floor track. There were about 70 minutes full of good vibrations and top quality music right into ravers’ homes, a perfect early Christmas present.

Pete Tong is a tastemaker and an incredible performer behind the decks. His tight professional connection with Jules Buckley and The Heritage Orchestra continue to make this an unmissable event. The O2 Arena will once again be filled with an audience for another ‘Ibiza Classics’ in 2021, on December 3rd and 4th. Find more detailed information and buy your tickets at the official website.