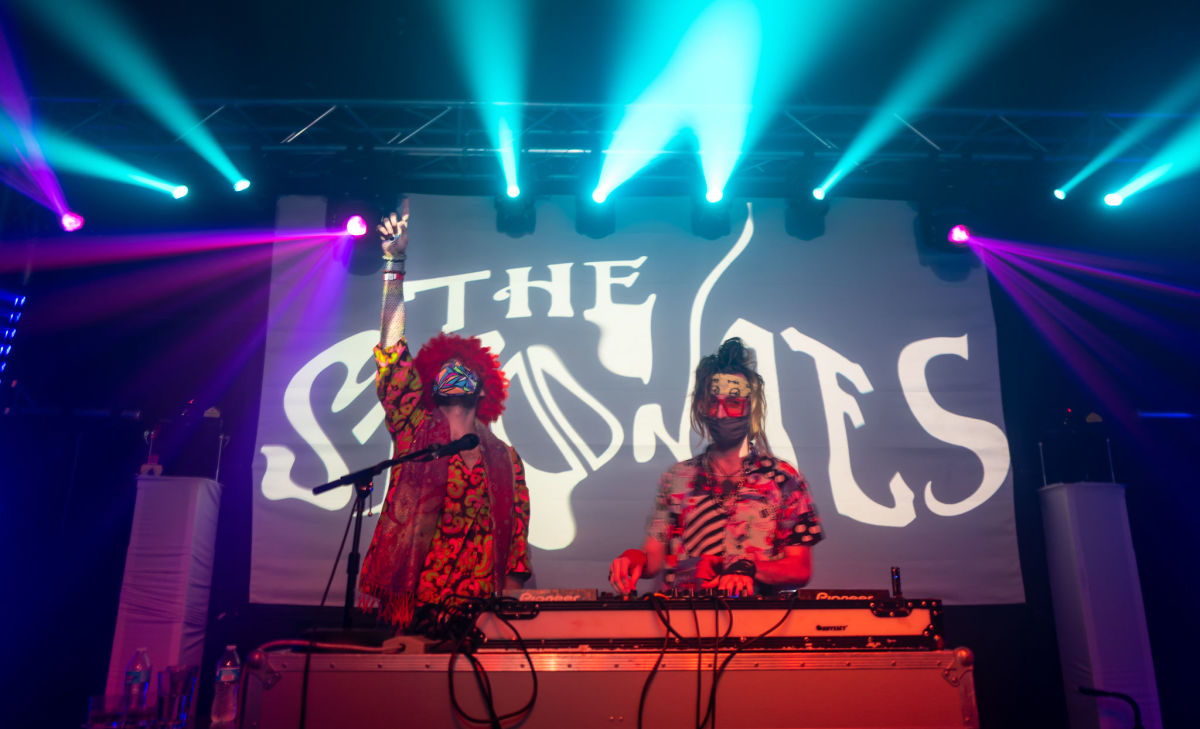 Funk-house duo The Sponges made their Colorado debut over the weekend at Denver, Colorado's Your Mom’s House.

In compliance with state regulations, the intimate downtown venue lit up over the weekend with a four-show series from the Miami-based duo. After setting off the two-night run with Butl3r and Deezy on Friday, and a Saturday early show with VC, The Sponges ensured Saturday’s sold-out late-night show would go out with a bang.

Denver-based duo Forrest Pump kicked off the night at 10:30PM heating up the tripped-out, infinity-mirrored dancefloor with their midtempo house beats. The duo worked off each other’s energy as remixes of nearly every genre saw its turn throughout the hour and a half set. Daily Bread’s “Moreland Ave Blues” saw a more bass-heavy rendition, while Daft Punk’s “Get Lucky” included some pops of upbeat bass and keys. Red Hot Chili Pepper’s “Scar Tissue” and Nirvana’s “Come As You Are” received a tempo makeover to turn the 90’s rock anthems into groovy house remixes. The duo’s set was complete with their 2021 dance single “Drip” for some edgy synth work just as the clock turned over past midnight.

The Sponges strode onstage a short 15 minutes later to deliver some high-energy funky beats to the crowd. Comprised of Nik Eaton and Ryan Slepin, the duo wore disco-inspired outfits to accompany their swirling techno-funk remixes throughout the night. Wearing a bright orange afro wig, Eaton interacted with the crowd from the stage as the two sequenced through their signature electro-house tracks.

The small venue turned into a 70s disco club as their remix of Lipps Inc.’s “Funky Town” received a modern day remix of swirling synths and upbeat tempo billed “Gotta Move On.” A deep house beat brought out their latest track “Jerry Brain” for some crunchy bass and groovy samples, before a rhythmic “I’m A Freak” vocal breakdown moved the beat to a more edgy and grungy scene.

As 2AM came closer, Daft Punk’s “Around The World” saw a funkier and more techno breakdown of the pioneering dance anthem, before the duo switched gears for the last 20 minutes of the set. The funky disco-house scene was quickly turned into a wompy bass space, filled with crashing glitch hop beats and flashing lasers. Tipper’s “It’s Like” saw a sneak in the set, before the duo took the funky reigns back and completed the night with an upbeat, dance-heavy beat.

The Sponges have a busy schedule the next couple of months, heading to Columbus, OH's The Forum on May 8th, Austin, TX's Seismic Music Festival on May 23rd, and heading to San Francisco, CA's The Midway on June 11th-12th for a two-night run with Goldfish. For more information, head to their Facebook page.