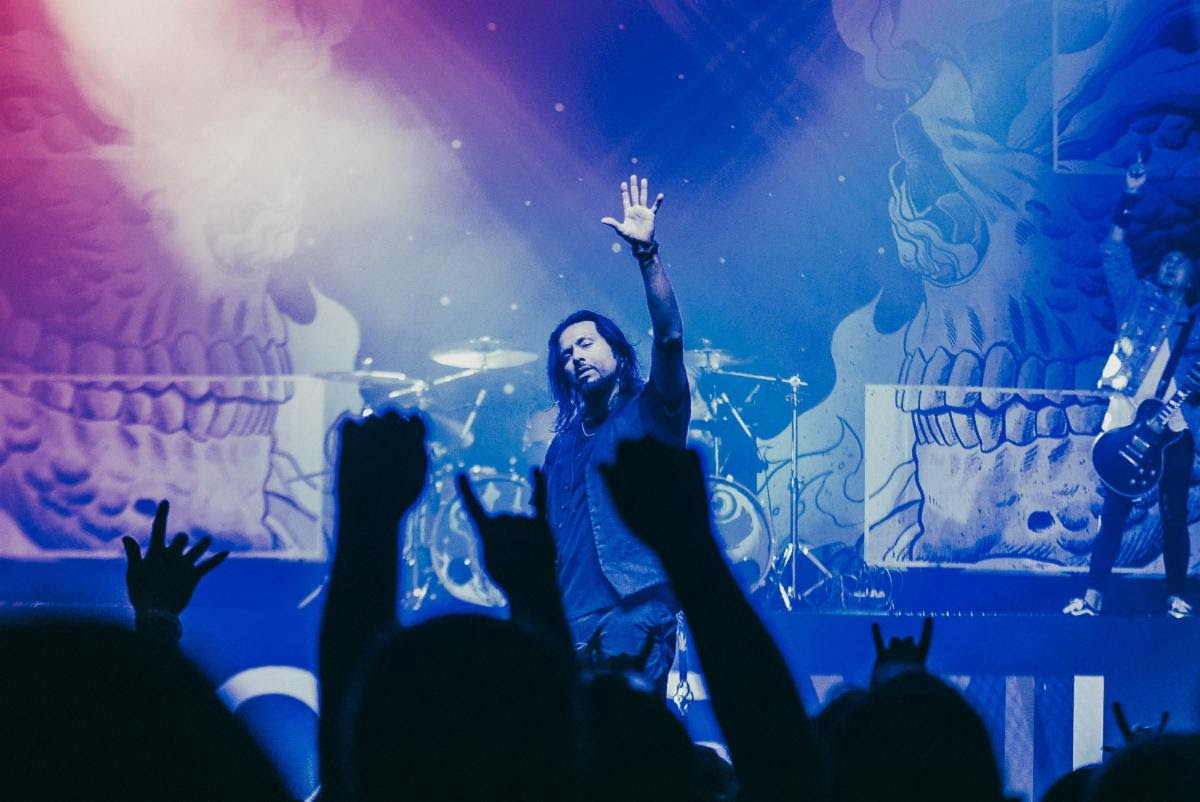 Mainstream rock outfit POP EVIL have been forced to postpone upcoming dates on their current headlining tour across the U.S. due to vocalist Leigh Kakaty testing positive for COVID-19 over the weekend, forcing them to cancel their show on Sunday night in Denver. The band will reinstate their tour on Friday, August 27 in Virginia Beach at Elevation 27 and are currently working on rescheduling all cancelled dates following their last stop in Orlando. The band have also announced their stop on September 1 in Syracuse, NY at Westcott Theater has been cancelled by the venue and promoter.

The band issued the following statement:
“To our Evilz, we always want to be fully transparent with our fans and the status of our shows. All of our band members and crew have been vaccinated prior to us starting tour. Yesterday, and again this morning, Leigh Kakaty tested positive for COVID-19. Leigh wanted to make sure his test wasn’t a false positive before postponing any more shows. With his second positive test this afternoon, out of an abundance of caution, we will be postponing our shows and be back for our show in Virginia Beach on August 27. We are doing our best to move the following shows: Denver, CO (8/15), Des Moines, IA (8/17), Fargo, ND (8/18), Joliet, IL (8/20), Nashville, TN (8/21), Savannah, GA (8/23), Asheville, NC (8/24) and Jacksonville, NC (8/25) to the end of the tour. Leigh is already feeling much better and will be back on his feet in no time. We want to thank everyone for their continued support! See you soon.”

“Survivor” follows previous album singles including their sixth overall #1 track “Breathe Again,” Top 10 single “Work,” and hard-hitting numbers “Set Me Free” and “Let The Chaos Reign.” Modern Drummer described the track by stating, “Opening with clean guitar chords and a relaxed but driving drum pocket, ‘Survivor’ immediately strikes a more personal tone, giving the listener time to ease into the song, before suddenly being dropped into a head-banging riff accompanied by furious screams, only to be released back into the clean and easy-going feel for the remainder of the song.”