Pornhub's slide into music gets deeper with the launch of its own house and techno festival.

Now you can lick your lips in anticipation of Pornhubfest, taking place in the home of X-rated movies, Los Angeles, California, on June 9, which is widely known (albeit unofficially) as National Sex Day.

Chicago label Dance Mania, synonymous with X-rated tracks like DJ Deeon's 'Suck It Deep' and 'Freak Like Me', heads up a showcase on the day, as does Norwegian label Sex Tags Mania. 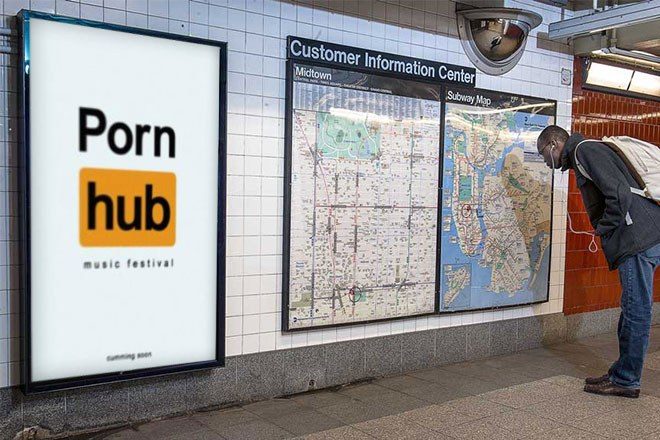 Fans of the old-skool can also expect special hardcore sets from secret guests, while the festival promises house and techno reimaginations of Frankie Goes To Hollywood's ‘Welcome To The Pleasuredome’ and Duran Duran’s ‘Girls On Film’ in an area dedicated to pornography’s 1980s heyday.

There will be a bunch of food options to get your taste senses tingling, notably from famous LA burger joint In-N-Out Burger and Subway, the number one spot for appetising foot-longs.

A film area will be presented by CL-IMAX, while a range of artworks and sculptures will be erected on site. A giant Slip’N’Slide will also be set up just in case you’re in need of cooling down after getting hot and sweaty.

"However, the popularity of underground house and techno in the States has reached eye-rolling levels in recent years so now is the right time to launch Pornhubfest. Ticket prices and everything on the day will be totally affordable. The last thing we’d want is for anyone to blow their financial load."

Keep your eyes on the prize for further line-up announcements and tickets.