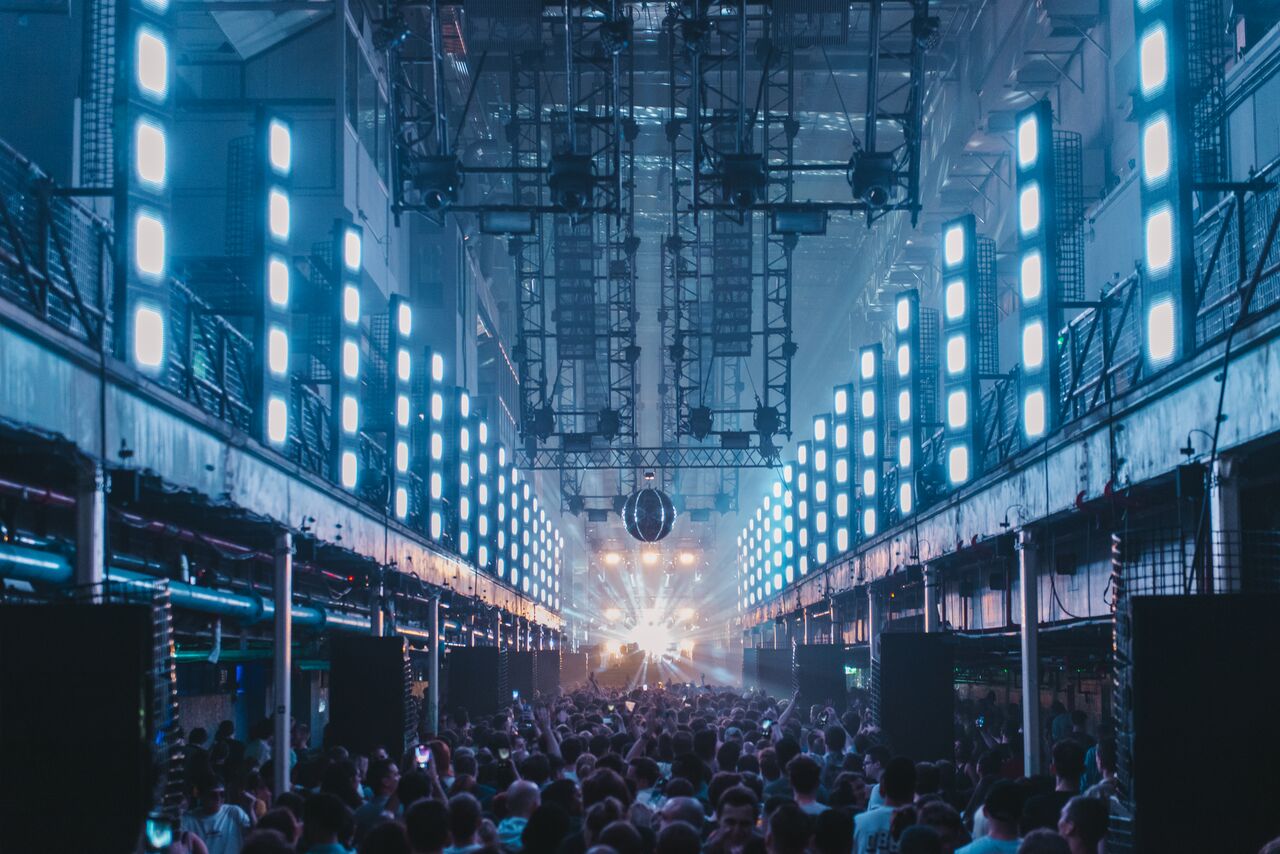 One of the most famed and popular venues Printworks, in London, has announced its full program of shows for the Autumn and Winter calendar, following some previously announced shows such as Oliver Heldens‘ Heldeep all-day party. This news also comes following the announcement that the iconic venue would be opening a new room within its building called Inkwells, located just underneath the Printworks main room and boasting a capacity of 5,000. With this, it seems a fitting time to announce the season of shows, and we’re exploring the lineups.

Kicking off the season on Friday 17 September is a special show labeled as ‘Late Night Movement’, where artists will be revealed on the night of the event but is advertised as being for fans of The Hydra, AVA London, Bugged Out, Homobloc, Percolate or Krankbrother. The next day is ‘To The Floor’ which is advertised as being for fans of Circoloco or Edible and following this is ‘Low End Theories’ for fans of RAM, Playaz, RTRN II JUNGLE or Metalheadz.For these Redacted shows, all tickets are sold out. Bringing the London leg of their UK tour to Printworks, Squid descends on the venue on the rescheduled date of 23 September, and the day after on Friday 24 September SG Lewis brings both a DJ set and a live set. Oliver Heldens rounds out the month of September with the previously announced Heldeep party with Topic, PBH & Jack and very special guest Roger Sanchez among the recently announced support lineup.

On 1 October, Soundcrash returns to Printworks with Grammy-winner Jon Hopkins who joins a lineup with the likes of Modeselektor, Apparat and more. The following day, Adam Beyer headlines the club space after a four-year hiatus in what will certainly be an in-demand event. The week later on Friday 8, David Rodigan and Congo Natty share the bill for a Beat Horizon party before Green Velvet brings a host of very special guests in the form of Solardo, Eli Brown and more on 9 October. Yet to be announced fully, Michael Bibi makes his Printworks debut with Isolate Unlocked and Haçienda Classical will also curate their own event. The mysteriously masked producer Claptone will take fans on an experience with his own headlining show on 22 October whereas Dixon is set to play all day long the day after. With the last couple of shows in October, Joel Corry and Dimension each bring a specially curated lineup for unforgettable nights.

In November, the month is kickstarted with Todd Terje and Maceo Plex on 5 and 6 October. One of the UK’s most sought after party crews ABODE will soon have more details to share of their night on 7 October and innovative orchestra Aurora offers a show on 11 October, and Sink the Pink, the UK’s largest LGBTQ+ club night, takes over the day after with their leg of the mega post-lockdown tour and Kings Of The Rollers offers up six three-way B2B sets with explosive competitors. Following up another massive week of November shows, Sonny Fodera and Amelie Lens will prove to be popular with their shows on Friday 19 and Saturday 20. Another previously sold out show, Sub Focus brings Circular Sound to eager fans and Enzo Siragusa and Nina Kraviz (who will be B2B with Paula) will also be on hand with events to please the crowds. Tale of Us sends out the November month in style, with a full lineup yet to be announced which will be nothing short of magical.

Ending the year on a high note, Printworks has some surprises up their sleeves for this month. Electronic punk outfit Sleaford Mods headlines on 2 December before Dimension brings a live set with special guests to be announced for the 3 December show. Beloved DJ MK presents his very own show on Saturday 4 December before the following week of shows with Lane 8’s Brightest Lights tour and Noisia‘s final show ever in the UK on December 10. On December 11 and 12, Anjunadeep brings the likes of Jody Wisternoff, Icarus and more to their curated event and The Chemical Brothers present a DJ set. Gorgon City bring Nora En Pure, Kyle Kinch and more to their event on 17 December and the final two shows are Richie Hawtin and Four Tet B2B Floating Points.