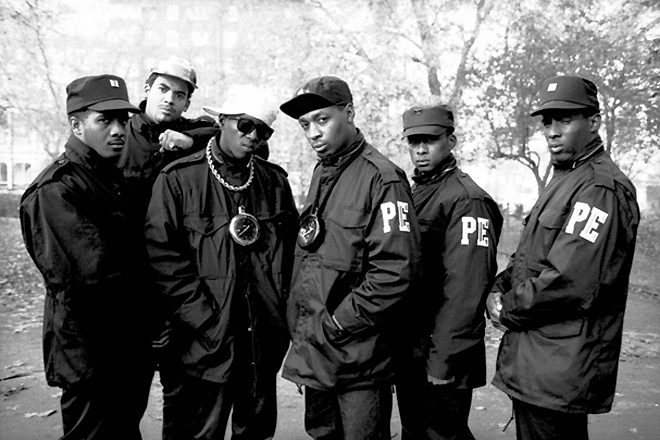 The band will be “moving forward” without founding member Flavour Flav following a disagreement over the group performing at a Bernie Sanders election campaign rally.

On Sunday, Public Enemy’s co-founder and core member, Chuck D, performed as Public Enemy Radio at the rally in question. Prior to this Flavor Flav’s lawyers said he “has not endorsed any political candidate in this election cycle” and that Bernie wasn’t authorised to use the group’s image without his permission.

They also stated, “While Chuck is certainly free to express his political view as he sees fit – his voice alone does not speak for Public Enemy.”

“Public Enemy and Public Enemy Radio will be moving forward without Flavor Flav,” explains a statement from the group, “We thank him for his years of service and wish him well.”

Read this next: The best hip hop diss tracks

In a series of tweets Chuck D added: “If there was a $bag, Flav would’ve been there front & center. He will NOT do free benefit shows. Sued me in court the 1st time I let him back in. His ambulance lawyer sued me again on Friday & so now he stays home & better find REHAB.”

Flavor Flav has been in the legendary group for close to 35 years however this is not the first time he has clashed with other members. For example, in 2017, Flav sued Chuck D and the group’s management company, Eastlink, over owed earnings.