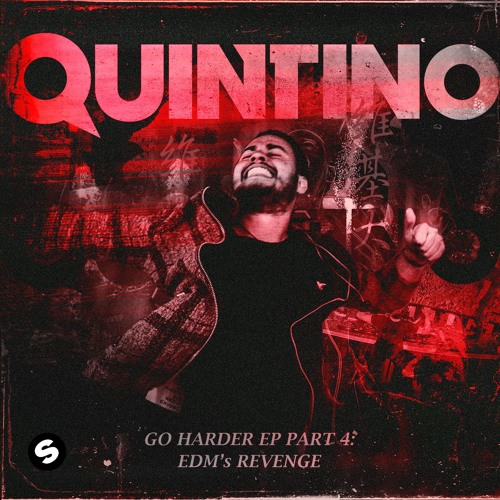 Quintino has returned with a vengeance. He has just released a variety hard-hitting tracks on his latest edition the Go Harder series. Still reeling from previous releases, Quintino adds to the fun by enlisting the services  Mightyfools, Alvaro and nFIX & Candice.

The Dutch DJ’s versatility shines through here as we get trap-infused bangers like ‘Ain’t No Party’ and electro house anthems like ‘Moonrise’. Outside teaming up with Hardwell and Dimitri Vegas & Like Mike on a few non-album singles, this is the first we’ve heard from the Spinnin’ Records affiliate all year. True to it’s name, the EP does well to inject pulsating energy to listeners with his trademark big room sound.

Based f this new EP, Quintino is poised for yet another massive year. He’ll be one to watch for on the festival stage. For now, take a listen to his latest GO Harder EP. Enjoy!