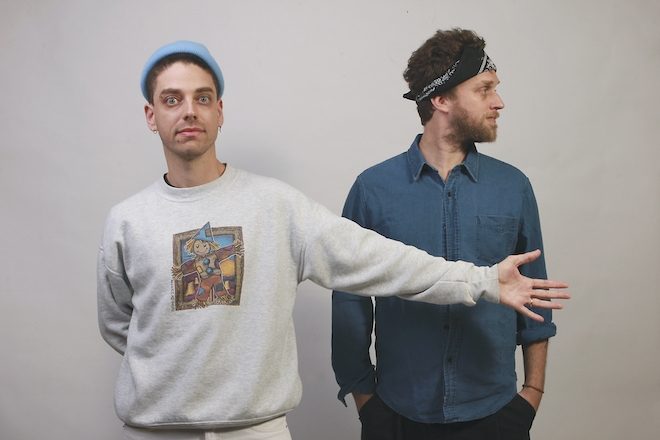 The album is their latest release with Dark Entries after the release of their 2019 ‘Voom’ EP. It’s a continuation of their classic 90s-inspired psychedelic disco sound.

Read this next: Red Axes are catalysing a rock and roll rave revolution

On single ‘Sticks & Stones’ the duo team up with Israeli vocalist Adi Bronicki to create a track that feels like a powerful invocation of self-confidence. Bronicki previously collaborated with Red Axes for their track ‘Into Your Arms’ from their 2017 album ‘The Beach Goths’.

Embracing lockdown culture, Red Axes asked their fans to contribute clips to create the accompanying music video for ‘Break The Limit’, celebrating their creative responses to such a murky, dark track.

Watch the video for ‘Break The Limit’ below and tune into the album livestream here.