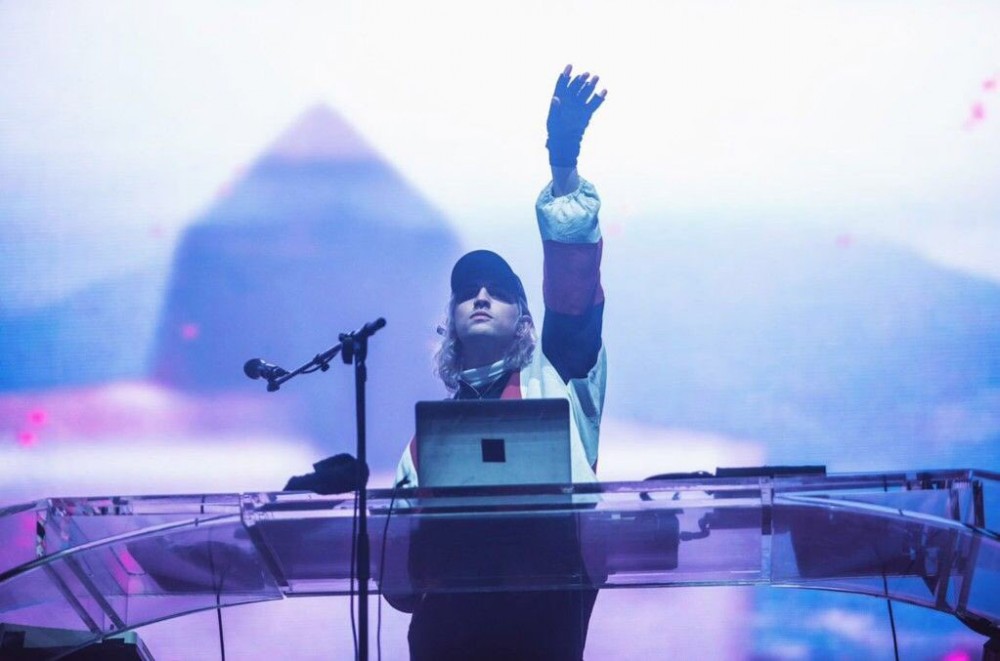 A count of more than 4 million people around the world spent a portion of their isolation activity tuning into Porter Robinson’s Secret Sky expedition on Saturday, May 9. While technically falling under the same umbrella as other recent virtual festival efforts, Secret Sky emphatically set the standard as the live entertainment industry continues to seek a solution during these troubling times. The stream, which served as the follow-up to the festival’s 2019 in-person premiere, was a trending topic on Twitter before it had even begun on Saturday afternoon. Throughout a total of 14 hours of music, 19 unique acts were tapped to put their talents on display and amassed more than $100,000 in donations in support of the MusiCares Relief Fund.

The Secret Sky curator himself led off the full-day occasion with a reclamation of the electro-house persona from his Spitfire years as Porter Robinson donned a DJ Potaro costume and spun classics including “Say My Name.” The remainder of the schedule proceeded to be filled in by the likes of Jai Wolf, Shadient, San Holo, GRRL, WAVEDASH and G Jones among others. After making an appearance at the real thing a year prior, Porter’s “Shelter” counterpart also hosted a DJ set as Madeon took off for an hour straight and teased a wondrous production that was held from his sophomore album, Good Faith.

Of course the event’s single most anticipated performance came from none other than Porter Robinson. Social media was set ablaze during every waking moment of his 72-minute performance as it hosted 250,000 concurrent viewers. Porter went everywhere from a “Something Comforting” versus “Sad Machine” mashup to a Lil B personal freestyle to an Avril Lavigne vs. “Language” edit to an unreleased single from Nurture. In a message on the screen behind him in the set’s concluding moments, he pledged that Secret Sky would return to its native form.

While a countdown now ensues for that inevitable day, all performances from Secret Sky can be rewatched below in the meantime.