Return to the Stage: Artists Worth $1 Billion Prepare for Worldwide Tours 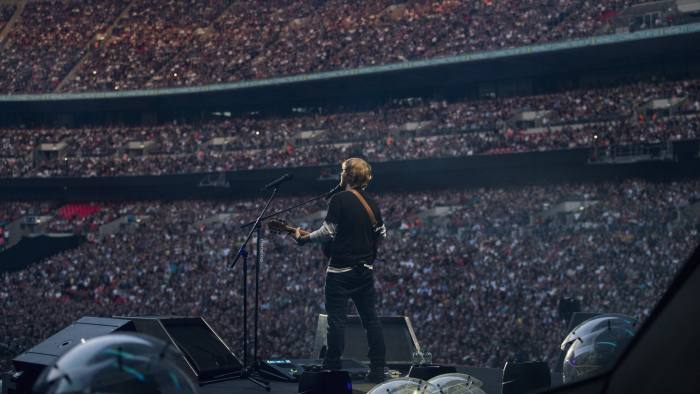 As one could imagine, when the time for touring was safe again, there would be an oversaturation of musicians itching to get back out on the road. As the world begins to slowly open up and restrictions begin to get lifted, many artists have already announced their plans for the upcoming season. Over the next year, we will see artists that collectively generated over $1 Billion in ticket sales from 2018 to 2020 return to the stage.

Those artists include The Eagles, Celine Dion, Metallica, Guns N’ Roses, Bruce Springsteen and Elton John. All have announced their rescheduled tour dates for their 2020 shows.

The Eagles, who grossed $166 million from their 2018 tour, announced rescheduled dates for all their “Hotel California” US shows starting in New York City in August. With Europe and Latin America already being on the bill from the original tour, it is only a matter of time until those dates get rescheduled.

Another titan in the industry, Bruce Springsteen, is kicking off his “Springsteen on Broadway” live shows in New York on June 30th and told SiriusXM he has plans of a global tour not too far after. Springsteen’s Broadway shows saw $88.3 million in revenue and, according to IQ Magazine, the average ticket price was $509.

What might be one of the most anticipated tours for the upcoming year, Elton John has added 30 dates for his “Farewell Yellow Brick Road” tour. This will be John’s final tour and will cover Europe, the UK, and the United States. The worldwide phenomenon will start in Berlin on September 1st of this year and will not conclude until January 28th, 2023 in Auckland, New Zealand. The tour so far has generated $283.2 million since it was first promoted back in 2019.

With the world coming back to what we once knew, concert-goers will have no problem getting their pick of the litter when it comes to artists and tours. The last half of 2021 and all of 2022 will be filled with unforgettable moments by some of the most famous musicians in the world. And there are so many more that have yet to announce their touring schedules. After a year of not seeing the stage, we will all finally get to celebrate music under bright lights soon enough.