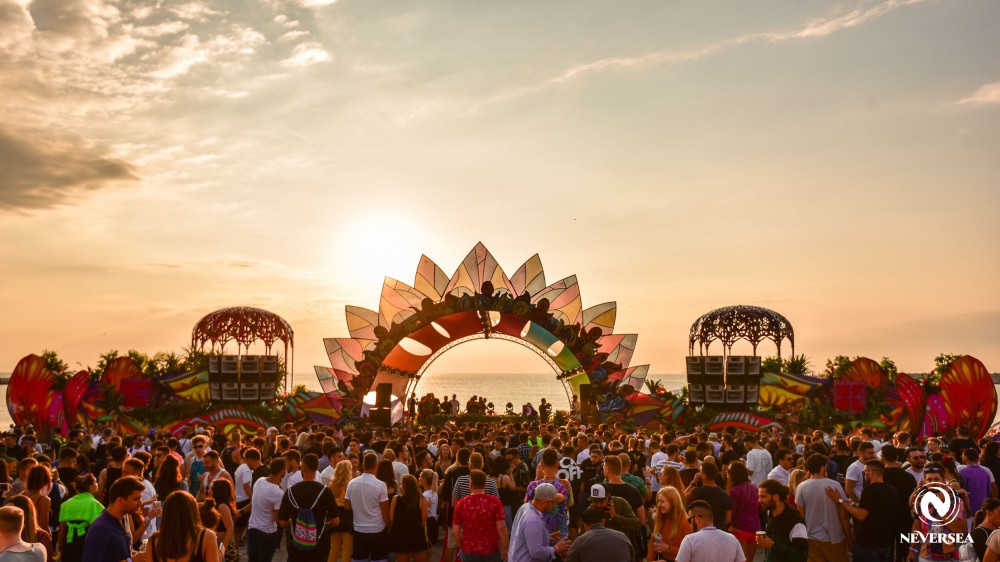 The third iteration of Romania’s coastal, fun-in-the sun (and long thereafter) festival, NEVERSEA, proved a particularly impressive production this past year—considerably so for a young festival still trying to find its footing in a swarming European event market.

With tens of thousands of attendees, primarily from Bucharest and surrounding Eastern European meccas pouring in to the relatively quiet, though densely populated beach town of Constanţa July 4-7 for NEVERSEA’s multi-national electronic, hip-hop, and pop roster, success was a tall order, made taller with one of the aural agenda’s top-sellers, DJ Snake, rescinding his lineup spot in a last-minute heartbreaker of an announcement.

But NEVERSEA rose to the occasion, largely due to its audacious artist acumen, which spanned UK-bred Sub Focus’ whiplash-inducing drum breaks, to the mellow electronic/live instrumentation synergy of Bob Moses. Saturday, the four-day affair’s busiest night, drew over 60,000 festival-goers, NEVERSEA reports; and while by 7 pm there was little room to move about freely (particularly near the main stage), let alone secure an opportune spot, most of the all-ages attendees hardly seemed to mind. The remaining three days saw much of the same congestion near the main stage, though mostly confined to the riper hours of the evening during the most prominent performances, like that of Alesso and G-Eazy.

The varied and immaculately decorated subsidiary stages offered ample refuge from the often-overflowing headlining performances. The kaleidoscopic Temple Stage, for example, with the elevated Constanţa strip as its beckoning, spotlit backdrop, hosted a lustrous litany of club-centric house and tech-leaning talent, including early-morning majesty from the likes of Jamie Jones, Boris Brejcha, and Dubfire. Faithful observers in the art of four by four, with penchants for surreptitious low-lit after-hour locales were sure to be found worshiping at the Temple.

The Ark Stage offered dance digs of the most brash and unbridled variety. A walk past the vessel-themed stage could proffer either serrated drum ‘n’ bass displays from Andy C or Sub Focus and their razor-lipped MCs, or perhaps up-to-the-moment four on the floor from NERO‘s Dan Stephens. By all accounts, a rendezvous under The Ark is not for frightful ears.

‘Til the break of dawn

A stroll through the sandy grounds at daybreak proves NEVERSEA can hold an audience. Even at 5 am, as the orange glow of sunrise kissed the Black Sea coastline, and the delicious and delirious madness of Boris Brejcha’s “high-tech minimal,” an amalgamation of progressive, techno, and trance, began winding down, it was clear attendees were in it for the long hall—as hundreds remained camped around The Temple stage, wide-eyed and enthralled. The intensity of the Eastern European people is no myth, personified in hordes of young people dancing at 8 am with 8 pm vigor. They gathered restlessly, striking coquettish poses with the flowered festival foliage long after dawn stretched into day.

In just a few short years, NEVERSEA has solidified its spot as a must-attend on the Romanian festival front, really only contending with its Transylvanian sister soiree, UNTOLD. The robust beachside gathering is an impressive mid-sized mounting on the Eastern European festival mantle.