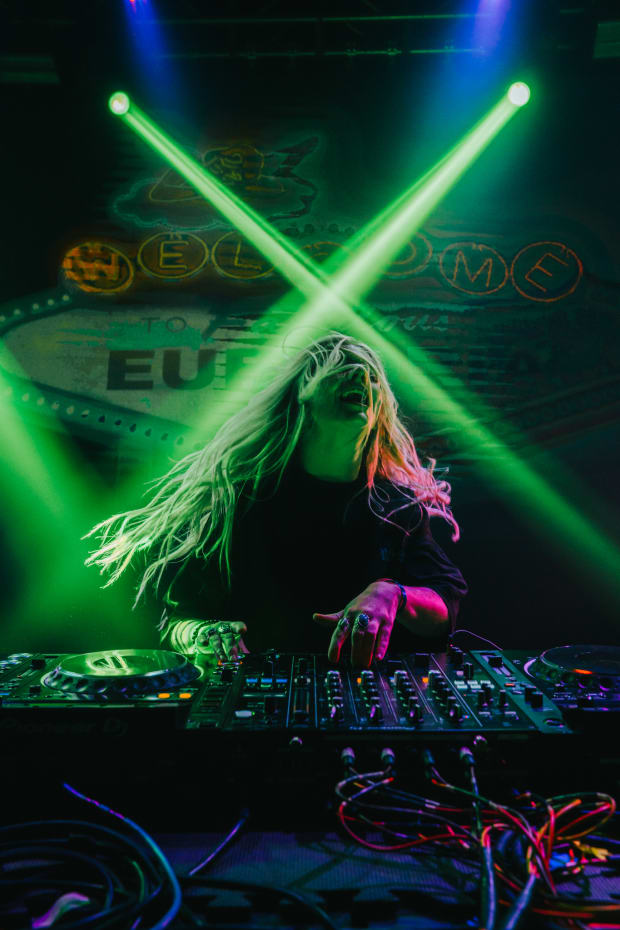 It's the third track from her upcoming debut EP, Heaven's Door, and it beautifully encapsulates her euphoric style with soaring saws and trappy percussion.

Blending elements of future bass and Wave music, she starts off with dreamy pads and warm, distorted vocal swells before the arrangement picks up steam with a tense drum build. It eventually culminates in a thrilling drop dripping with nostalgia, a sound that is quickly becoming ROSSY's signature.

"DON'T SAY" had been in the works since the end of 2020, according to a recent tweet from ROSSY, who has called her debut EP "a piece of [her] heart and soul." Take a listen to the new single below.

ROSSY is undoubtedly one to watch in 2023. Major releases on Zeds Dead's Deadbeats and RL Grime's Sable Valley are just the tip of the iceberg for the red-hot producer, who recently performed at Philly's HiJinx Festival and GRiZ's curated Another World event. When her early December debut headline show in Los Angeles sold out in just two hours, she added a second night, which also sold out.