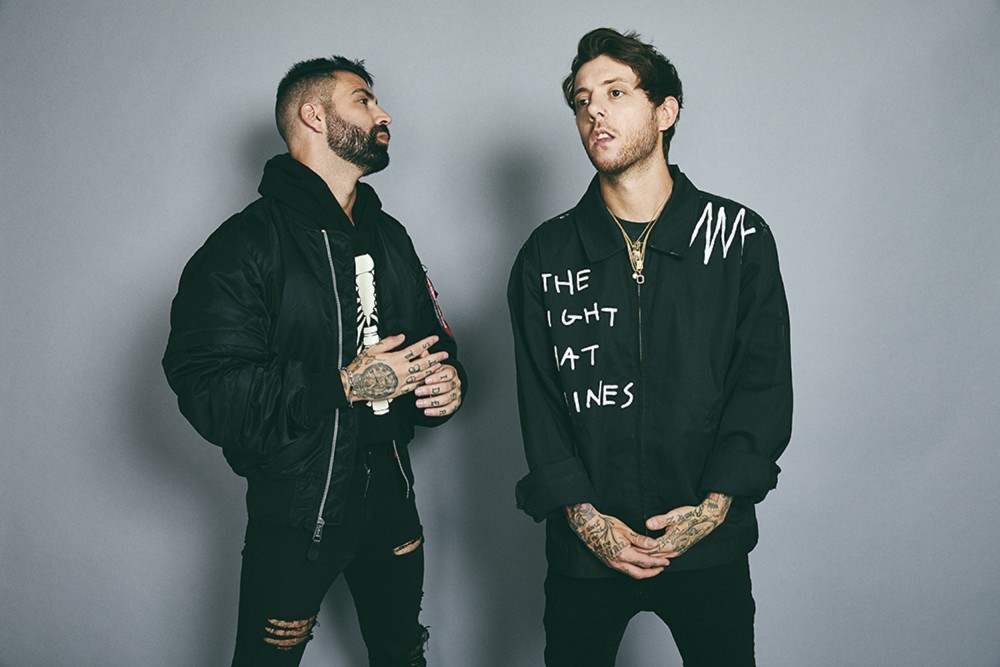 Few moments are more sacred than the reprieve Saturday night provides from the daily grind of school and work. Its importance is meant to be emphasized, and thus, a feature dedicated to “doing the night right” was born. Saturday Night Sessions are set around energizing mixes meant to get the party started. New or old, each episode has one cornerstone thing in similarity: they serve as the perfect backdrop for the weekend pregame.

There is an increasingly small contingent of successful artists who can claim that a growing popularity on myspace was part of their beginning. Breathe Carolina can, and their continued relevance is a testament to the group’s evolution and ability to craft a catchy tune despite changes in group members over the past 13 years. Breathe Carolina currently consists of founding member David Schmitt and Tommy Cooperman.

Despite Breathe Carolina seeming like a name inspired by one of the states, Schmitt mentions the group’s name was actually decided after he woke up from a dream about calming a woman down named Carolina. In November of 2019, Schmitt and Cooperman released the group’s fifth studio album, DEADTHEALBUM. The 10-track compilation came as a surprise. This is because, earlier in the year, the artists spoke about a renewed interest in focusing on singles and the story around them through music videos as opposed to releasing full studio albums. The surprising nature of the release is further cemented when the duo talk about their high and low points of 2019.

Schmitt and Cooperman comment on this, saying, “High point, releasing our album! Low point, writing the album and doing all the content for it within five weeks! Talk about tired!”

Despite putting the album together in five weeks, DEADTHEALBUM was received warmly thanks to the dynamic collection of feel good and club-ready releases. If there is one thing that characterizes the group’s output, it is energetic. Breathe Carolina know how to craft a track that will translate well into their heavy tour schedule, and this is undoubtedly part of why they have been able to maintain a steady fanbase and global bookings.

When asked about what their passions are outside of being musical artists, the duo respond, “David loves to cook and Tommy used to be a pro BMXer!” Cooperman’s outside of music interests are seemingly as high energy as the music he puts out with Schmitt.

The group crafted a one hour exclusive mix for their Saturday Night Session, and when asked what kind of a Saturday night their mix will get listener’s ready for, they respond that, “it’s full of energy, full of fun, and a ton of party vibes!”

Given you are Denver based, why the name Breathe Carolina?

The name comes from a dream David had about a girl named Carolina, it’s actually a person and not a place!

In a recent interview, you spoke about how you’ve been more focused on releasing singles and putting videos, artwork, and everything into those individual releases in order to give them their own life. Then, at the end of 2019 you released DEADTHEALBUM, a full length album. Can you talk to us about your change of heart or what went into this decision?

It wasn’t planned, honestly! We went in to do a single and it had a certain vibe. We decided to write more like that, and the next thing you know, there’s 10 songs! Haha.

High point, releasing our album! Low point, writing the album and doing all the content for it within five weeks! Talk about tired!

Now that you have just released a full length album at the end of last year, what does 2020 look like for you?

What is one thing fans don’t know about each of you?

David loves to cook and Tommy used to be a pro BMXer!

It’s full of energy, full of fun, and a ton of party vibes!