SESH FM have announced the release of a forthcoming charity compilation in aid of Palestinian rights.

Via a press statement SESH FM explained that the idea for the compilation, “arose from growing dissatisfaction at the Irish Government’s refusal to condemn the genocide of Palestinian civilians. They refuse to act and remove Israeli diplomats in Ireland despite this being supported by the Dublin City Council. This project is a display of solidarity from all those involved.”

Adding, “The connection between Ireland and Palestine is incredibly important. As a nation who has also experienced oppression from an occupying power it’s pivotal that we recognize the damage it causes for future generations.”

All proceeds from the release will be split between Addameer, a Palestinian institution, and the Irish Palestinian Solidarity Campaign.

Helmed by the Humans of the Sesh crew, SESH FM is a collective, podcast, label and regular mix series platform started back in 2017. 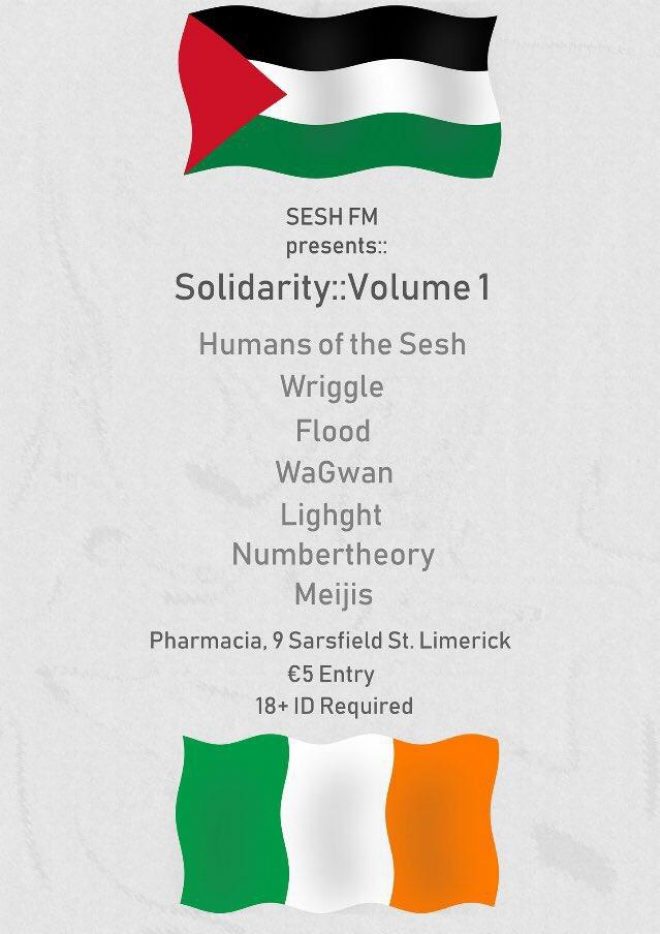