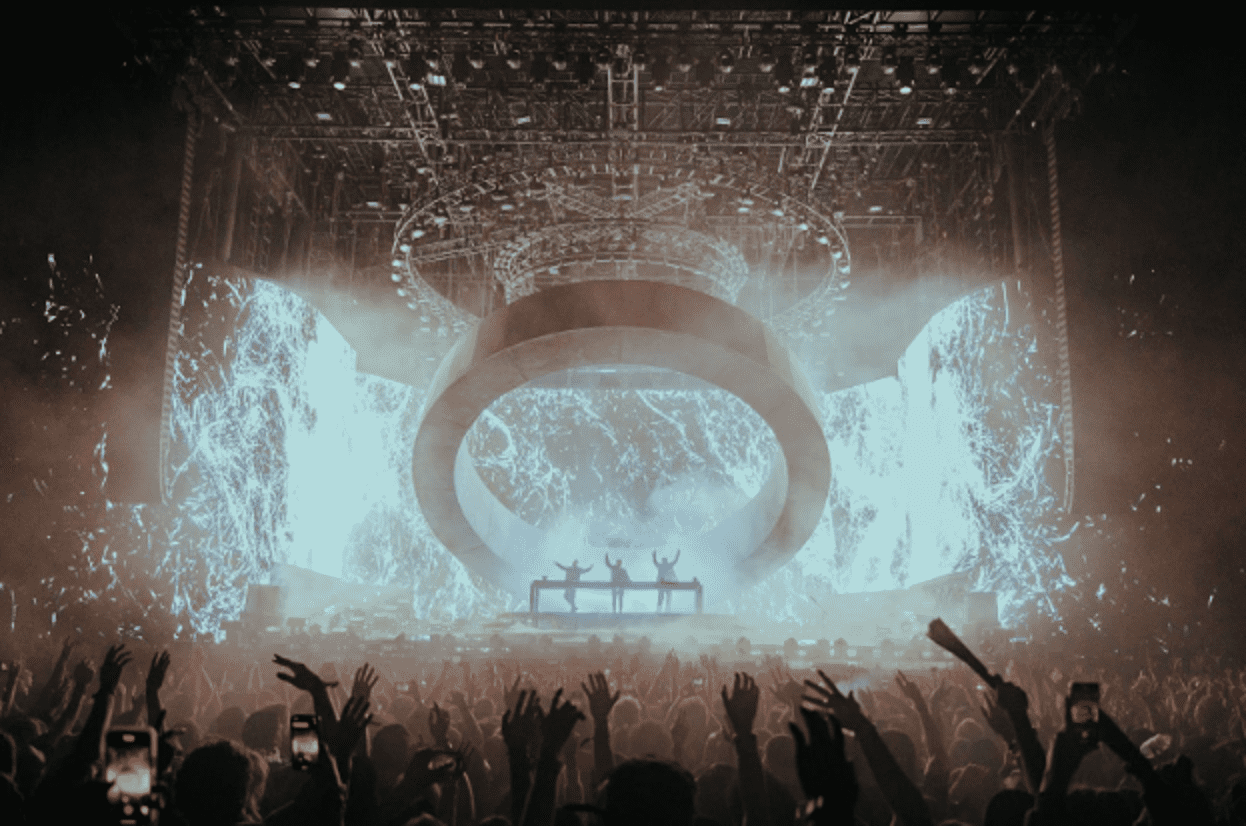 Swedish House Mafia continued their outdoor show in Los Angeles despite the pouring rain, and in turn has now resulted in millions of damage to their equipment. Pleads by their team to cut the show short were ignored, as the iconic trio delivered a live performance for the ages.

Constantly creating headlines on a worldwide scale, Swedish House Mafia have made the most impressive of comebacks, and as you can tell, we are all for it. Currently on the U.S. part of their Paradise Again tour, the iconic trio encountered a rather unusual phenom during their sold-out show at Banc of California Stadium in Los Angeles this past weekend, as their biggest outdoor show thus far, was interrupted by the untimely weather conditions and the pouring rain that lasted for almost the whole entirety of the show. A fascinating spectacle to say the least, has now resulted in millions of dollars worth of damage on their equipment, as despite the concerns of their team, and their pleads of cutting the show short, the legendary act made sure to see it through in spectacular fashion.

Having last performed in the City Of Angels over a decade ago, Swedish House Mafia were in no mood to ruin the festivities, thus ensuring that everyone in the crowd would end up experiencing the most unforgettable of live performances. Whilst many others may have sought to preserve all the expensive audio, visual and effect equipment, the trio did not think twice, and despite all the damage caused, and all the replacements needed in due course, it was a relief for fans seeing them on their next stop in Vancouver, Canada as the show went ahead, with no concerns that correlate to the issues faced during their show in Los Angeles.

Embracing adversity in the most legendary of fashions, Swedish House Mafia have once again showcased their elegance and class, and more significantly, the love that they have for their millions of fans worldwide. Causing a frenzy ever since the release of their album ‘Paradise Again,’ as well as through the World Tour that they are currently on, we cannot help but admire the iconic trio for everything that they have achieved thus far, and everything that they continue to offer to this very day. With this in mind, tickets are still available for their upcoming shows around the globe, so be sure to visit their official website here for any further information, show locations, dates and times and general enquiries. Will you be attending any of their shows? Let us know in the comments section!