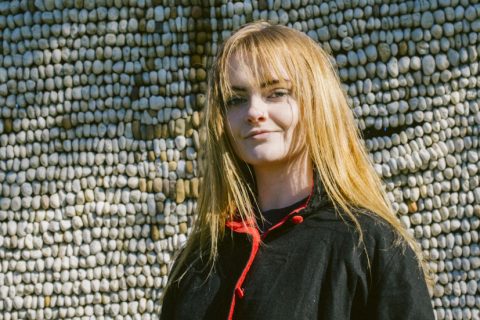 That Sound is a series where we explore and share contemporary musical ideas from some of Australia’s most compelling electronic artists, producers and musicians. For the third feature of the series, producer Ninajirachi takes us through setting up a drum rack and creating a dynamic drum loop with her ‘Lapland EP’ Splice sample pack.

Well known for her glitchy, fun and at times hyperactive music, Ninajirachi has carved a space for herself in the Australian dance and club scene. There’s no better example of what defines her vast creative process than the single ‘Water Gun’. If you ate a pack of red frogs and listened to this song’s energetic as hell percussion and off the wall pitched samples, you’d almost certainly dislocate something flailing like a crazy person.

After starting her early days releasing music on Sweat It Out, Ninajirachi has settled to become a stalwart on Nina Las Vegas’s, NLV records that includes the likes of Kota Banks, Swick, Lewis Cancut and of course the head honcho herself.

As a part of ‘That Sound’ and in the lead up to her next single, Ninajirachi has shared a sample pack from the previously released ‘Lapland’ EP. The EP notably included the self titled single ‘Lapland’, ‘Home’ and ‘Gardenia Part 2’. As a part of

– How would you describe the evolution of the music you made from when you released your first Ninajirachi song to now?

I think a lot has changed and it’s probably mostly because I’ve up-skilled and learned more about the kind of music I like to make. My taste has diversified heaps too. When I first started releasing music I had never been clubbing or played proper shows, so the music I was making was more for sitting-at-home-listening if that makes sense.

Going out dancing and playing lots of shows made me want to make music that fit well in my sets, so things sorta changed naturally with that I guess. I also think I’ve changed with all the new music/artists/niche ‘genres’ I’ve discovered since I released my first song. Every time I find something new that I like it influences me in some way.

– Can you please give us a brief rundown of the selection of sounds you have in the Ninajirachi sample pack?

There’s a few things in there, mostly drum, but a bunch of tonal and effects type sounds too. From memory all of them were either synthesised using Operator or Wavetable or recorded with my iPhone and then manipulated with Ableton native effects.

Making the drum loops in this pack was probably the most fun part. I made all the one-shots first, so all of the detail work was out of the way, and then I got to just play around with programming and stuff to make the loops.

1. I’d say start by choosing a sound for each part of the kit, like one kick, one snare, one open/closed hat, etc. and a few different bits for percussion.

2. Load them into Drum Rack or whatever you prefer to use and just have a bash around using the computer keyboard as a MIDI keyboard unless you’ve got hardware you like to use.

Tip 1 – It can help to have a metronome and 2 bar loop brace set up to start. I also often like to start with the kick first because it’s such a constant/helps determine the rhythm, etc.

Tip 2 – It can be useful to experiment with different velocity values, especially to make hi hat patterns more dynamic. Velocity values emulate how forcefully the drum piece would be hit if it were a physical kit.