The tour will raise money and awareness of the plight of those seeking asylum on the grounds of persecution for being LGBTQI in their home countries, supporting Help Refugees – of which The Black Madonna is an ambassador – and Say It Loud, a Help Refugees-affiliated community support group for LGBTQA+ refugees and asylum seekers.

Read this next: The Black Madonna has launched We Still Believe Radio

Discussing the tour, the DJ explains, "You may have seen me wearing a Choose Love t-shirt on the road and in pictures. That shirt is the calling card of an organization called Help Refugees. When I knew I wanted to assist refugees, this wonderful group was the place I started. They are pioneers in a new movement in humanitarian aid: fast, flexible, and transparent. They go directly where the need is greatest, helping almost 1 million people."

She continues, "I began by donating all the proceeds from my t-shirt sales to them. And then I learned about a group called Say It Loud, supported by Help Refugees, who specifically aid LGBTQI people who are migrating and/or seeking asylum. I met their founder and knew I had to get involved."

Read this next: The Black Madonna is officially a Help Refugees ambassador


"I still believe that together we can make a difference in the real lives of LGBTQI refugees around the world."


The Black Madonna has also launched a new range of merch, ranging from tees to aprons and tea towls; proceeds from all the designs will go directly to Help Refugees. You can grab the merch here.

For the full list of tour dates, check out the poster below. 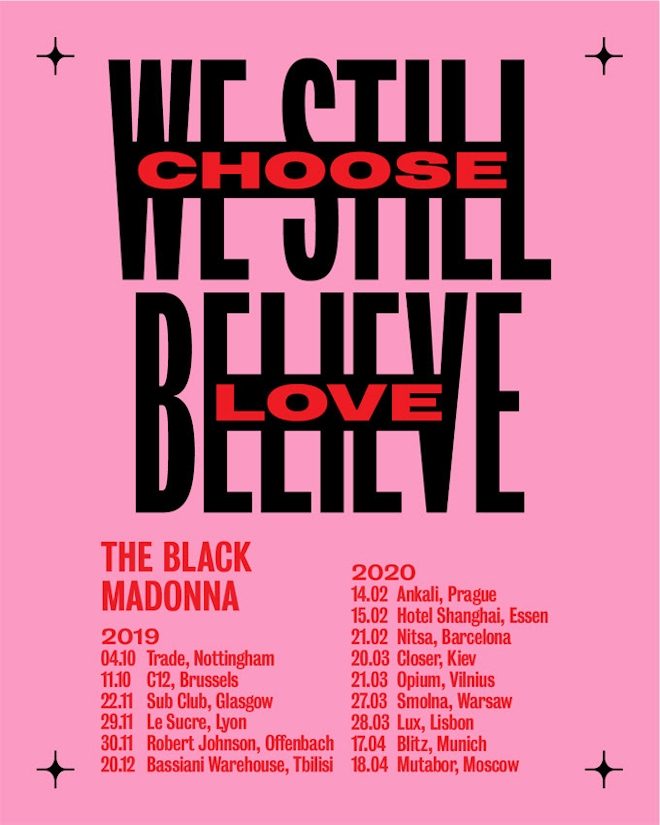