The Carnage era officially ends with the unforgettable ‘Thank You’ tour 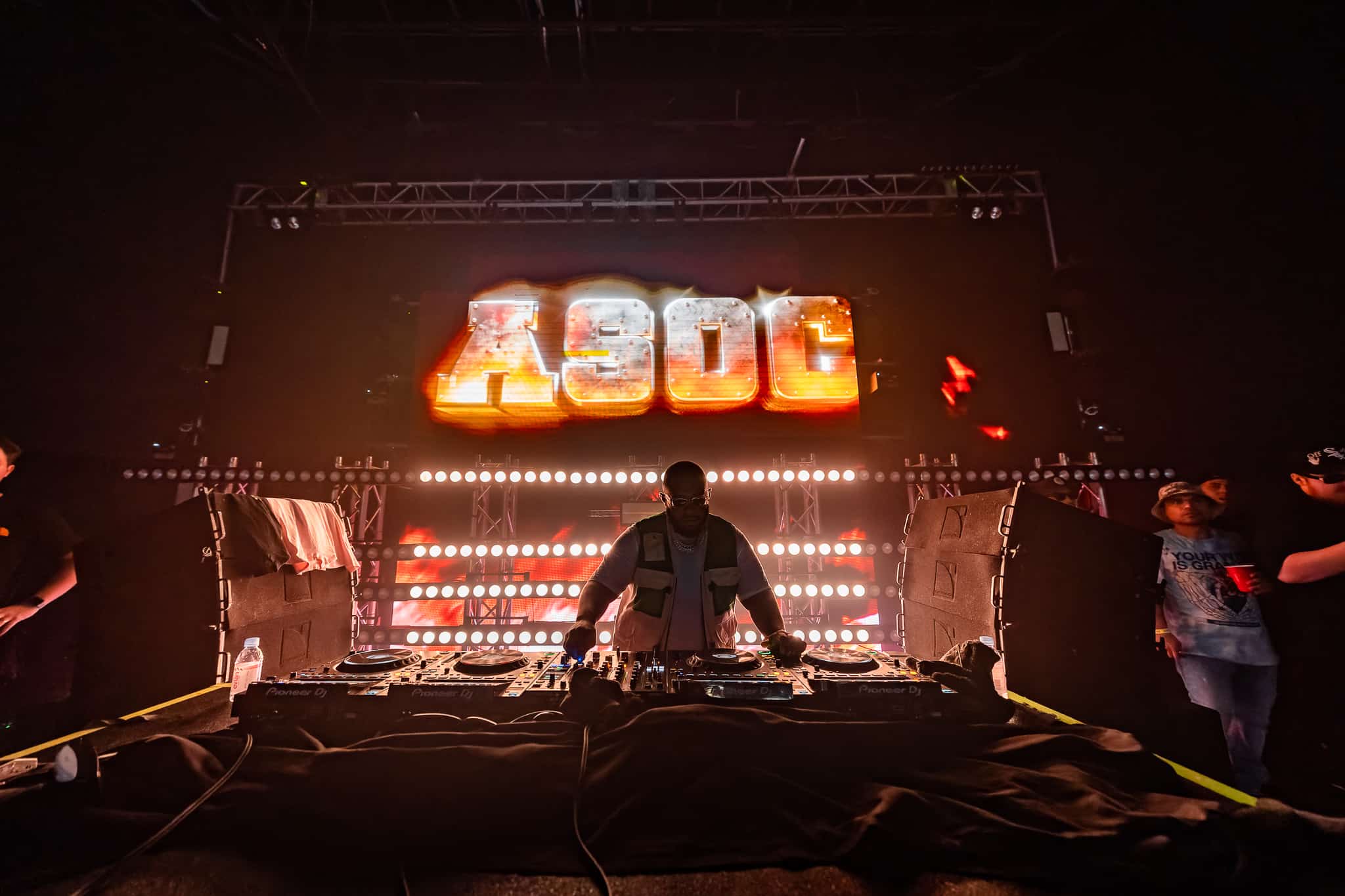 The Carnage era has concluded, and as we say goodbye one last time and start to look forward, it is impossible to forget the journey Diamanté Blackmon put us on the past three weeks. “[The end of Carnage] marks the beginning of a new chapter in my life,” says Blackmon.

If there is one man who knows how to leave a statement, it is Diamanté Blackmon. The Guatemalan DJ set his Carnage alias on the retirement shelf this past weekend. But it wasn’t before he played a string of shows dubbed the ‘Thank You’ tour that, as in classic Carnage fashion, sent shockwaves throughout the industry and will leave a lasting impact as he moves into the next chapter of his career.

As he made the announcement at the beginning of May that the Carnage alias would soon be retired, Blackmon did not wait but just 24 hours until he revealed a grand finale consisting of a short string of shows that would take place in cities across the country. It would be a unique selection of places that helped catapult his career in the beginning; Los Angeles, New York and Houston, along with two shows in Australia in Sydney and the Gold Coast. The ‘Thank You’ Tour was a celebration of not just Carnage but the fans who supported Blackmon since the beginning by giving them the Carnage experience one final time.

“It’s honestly hard to describe the ups and downs in my life as Carnage over the past 14 years. Today you see all the success and the flash, but what you didn’t see was my struggle. Years of grinding trying to turn my dreams into reality, countless nights in the studio, sleeping on friends couches, scraping money together to get by. I was just a kid with a dream and looking back I really do pinch myself.” – Carnage

There was no question that Blackmon was going to put on a show for ages, and with incredible hype building up before each set, he easily shattered expectations by giving one of the best retirement tours the industry has ever seen. Each performance included the iconic tracks that propelled Carnage into the mainstream eye. Couple that with the unmatched high octane energy that Blackmon brings to stage with hardstyle, hard trap and hip-hop, the tour was a can’t miss experience. 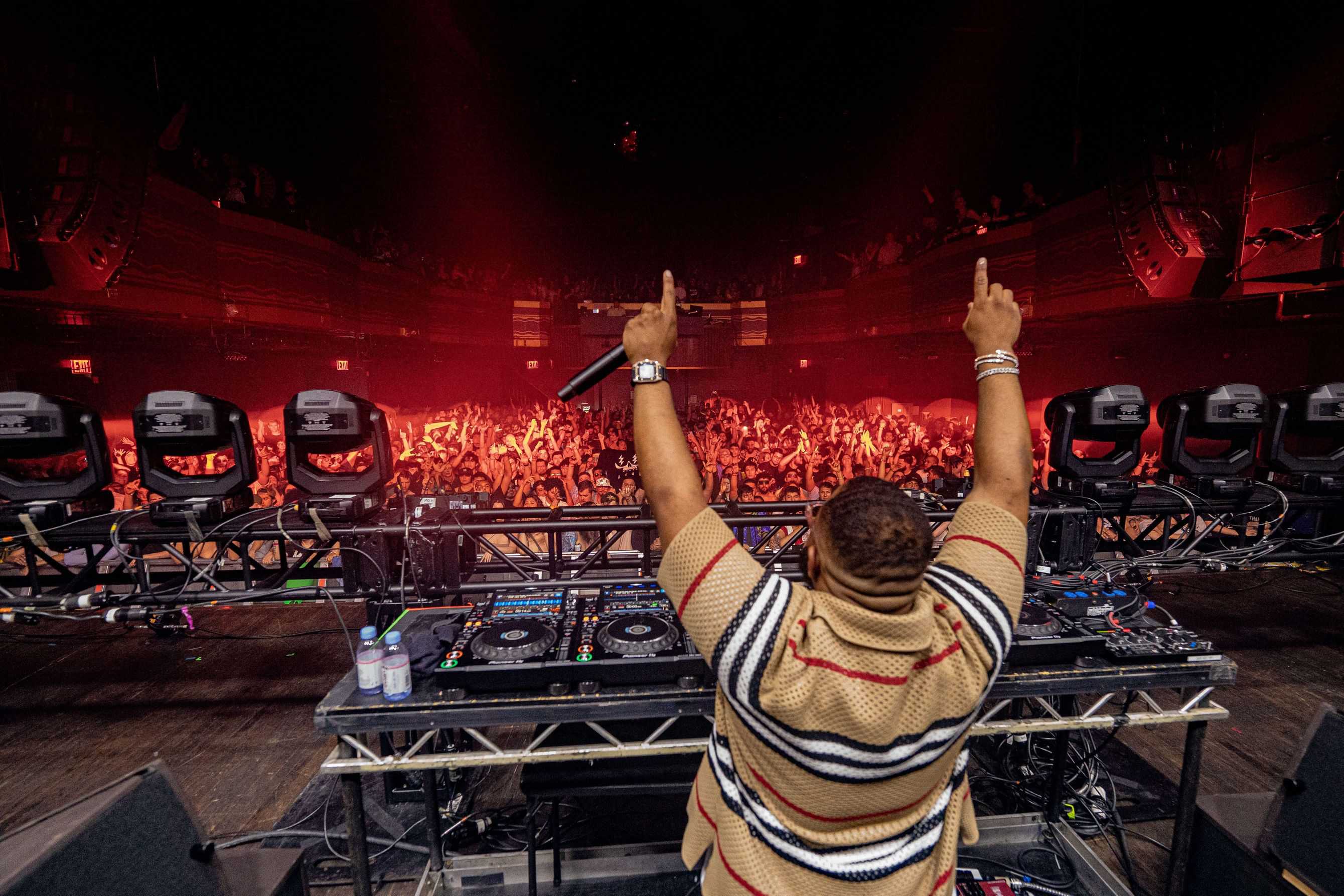 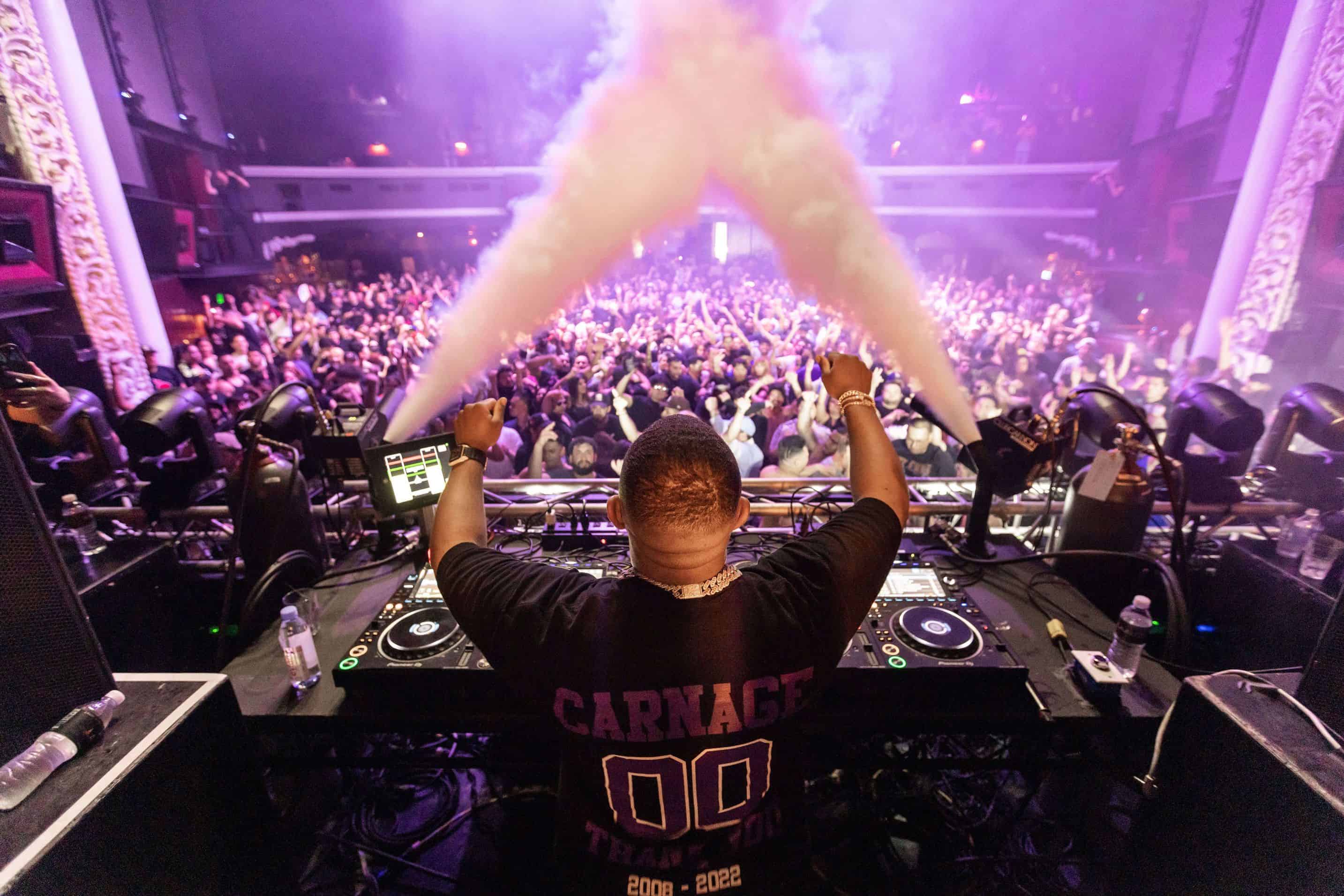 Carnage at Avalon in LA (Image Credit: Courtesy of The Media Nanny)

Carnage ‘Thank You’ wasn’t just a normal run of shows though. As many know, Blackmon is one of the leading faces when it comes to pushing the boundaries and giving fans a new experience. This time it came in the form of a “No phones policy” at each of his shows. For anybody that attended a show, it’s safe to say that this rule elevated the performance to new heights. It allowed for an unexplainable deep connection between Blackmon and the crowd. You truly had to be there to understand.

Arguably though, the greatest moment of the tour and if not the highlight of the Carnage era came in the final US show in Houston. A market that holds a special place in Blackmon’s heart along with the iconic venue he was set to perform at, Stereo Live. Blackmon sent Carnage out in historic fashion by playing what he said was the longest show of his career with a set that lasted 3 hours, going until 3 am. Including a plethora of tracks that Blackmon said will never see the light of day and a special appearance from hip-hop artist Quavo, the set was something out of a movie. And for all the attendees, they undoubtedly got a once in life time experience. 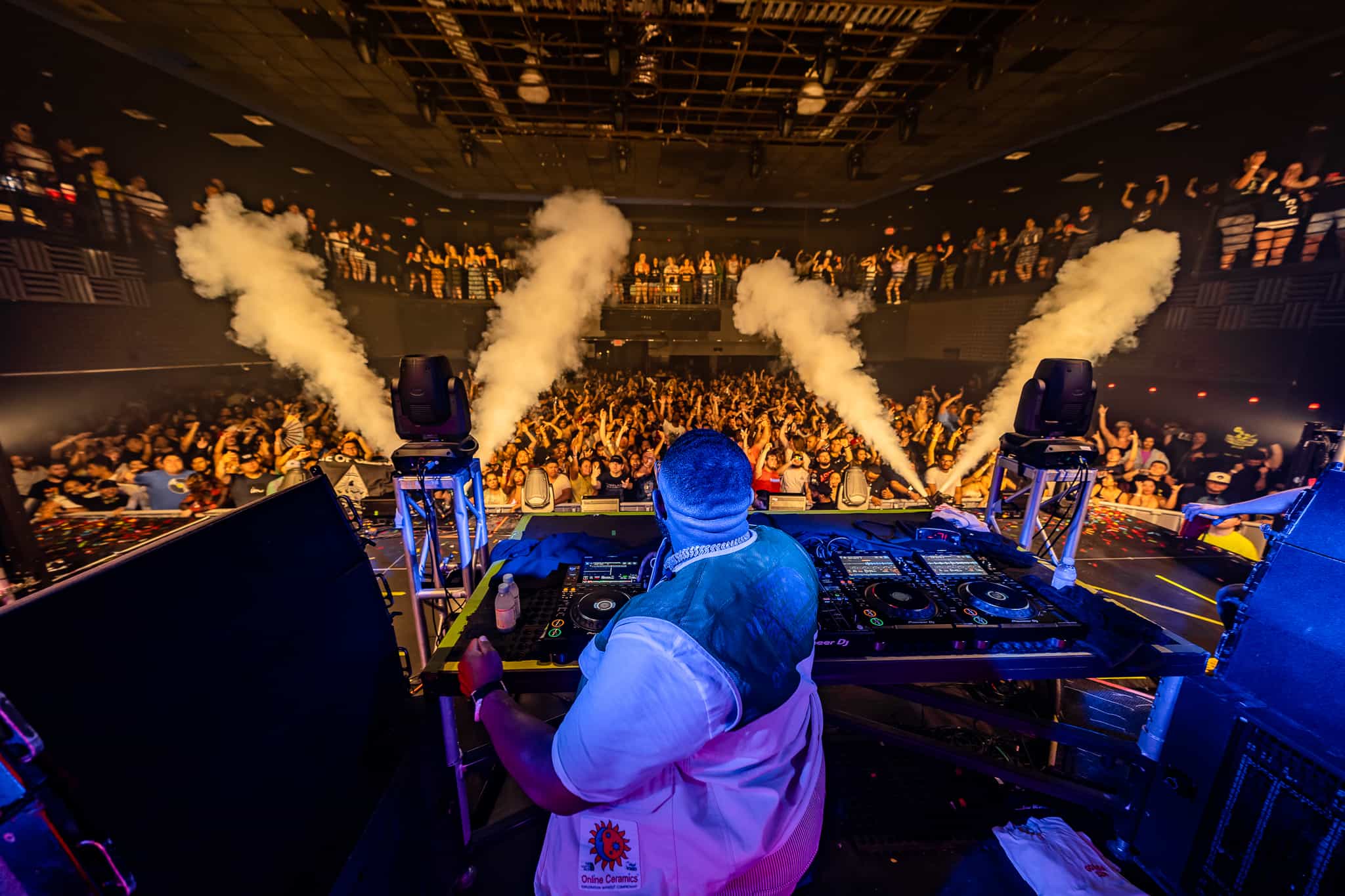 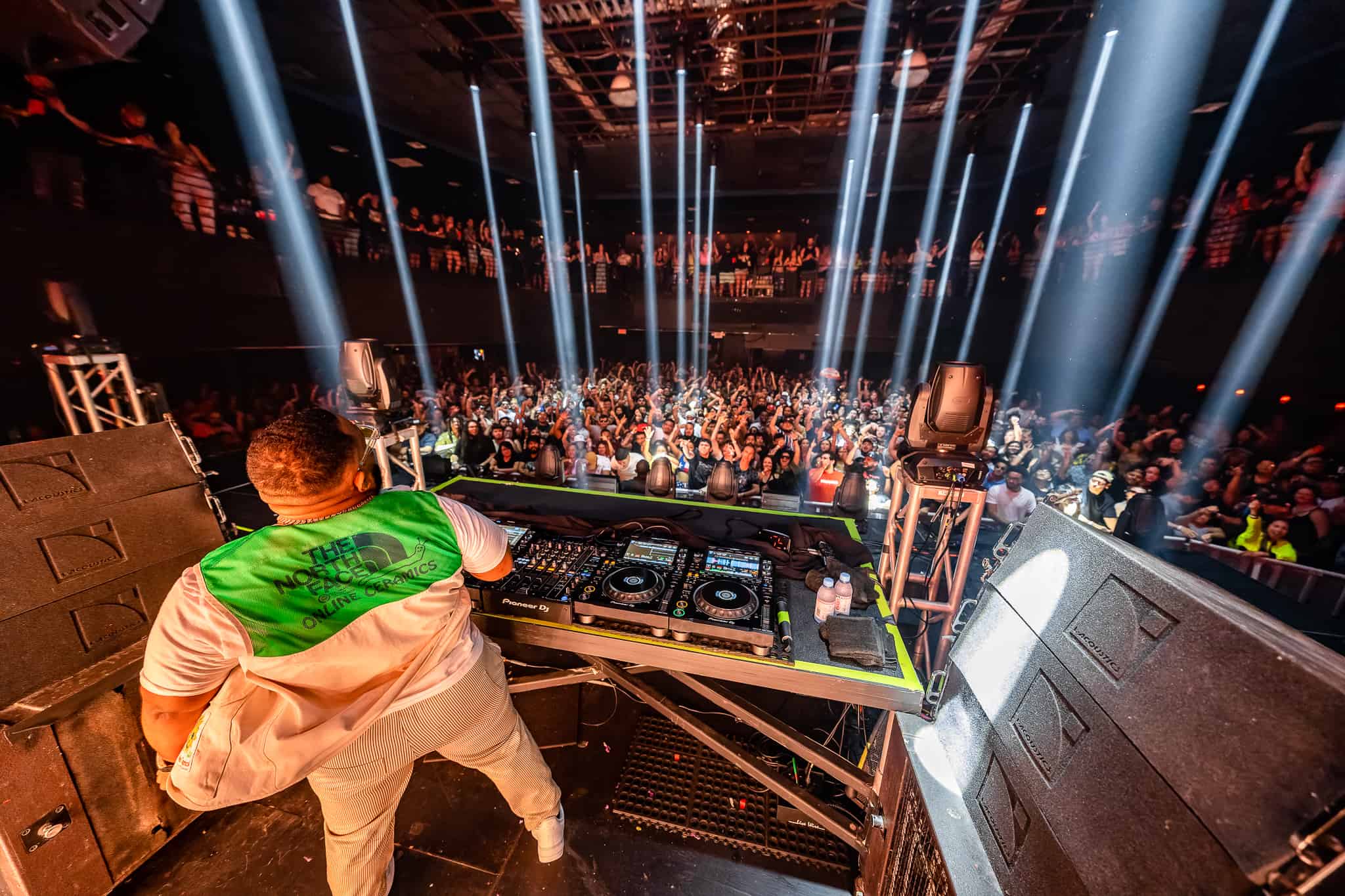 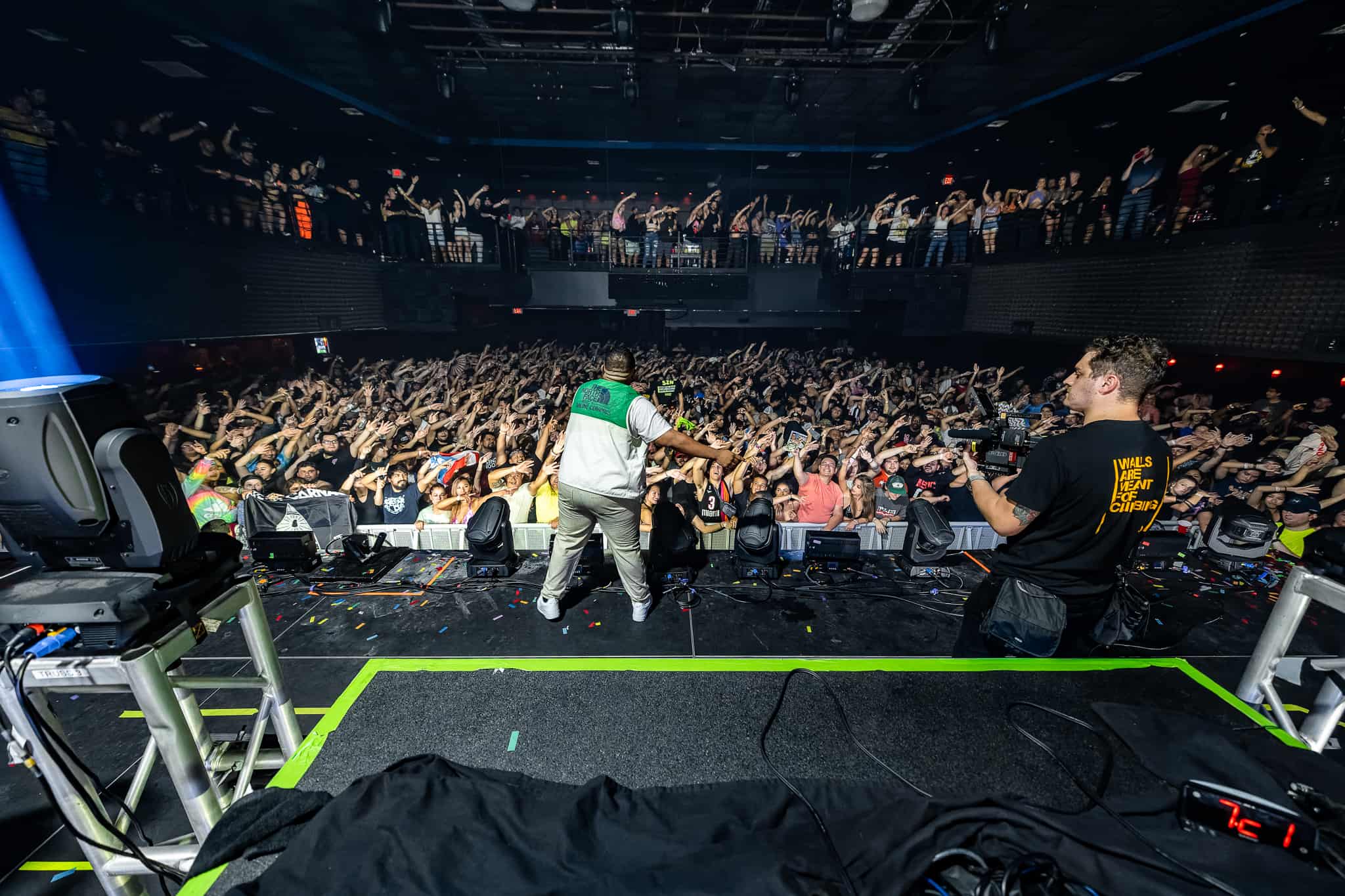 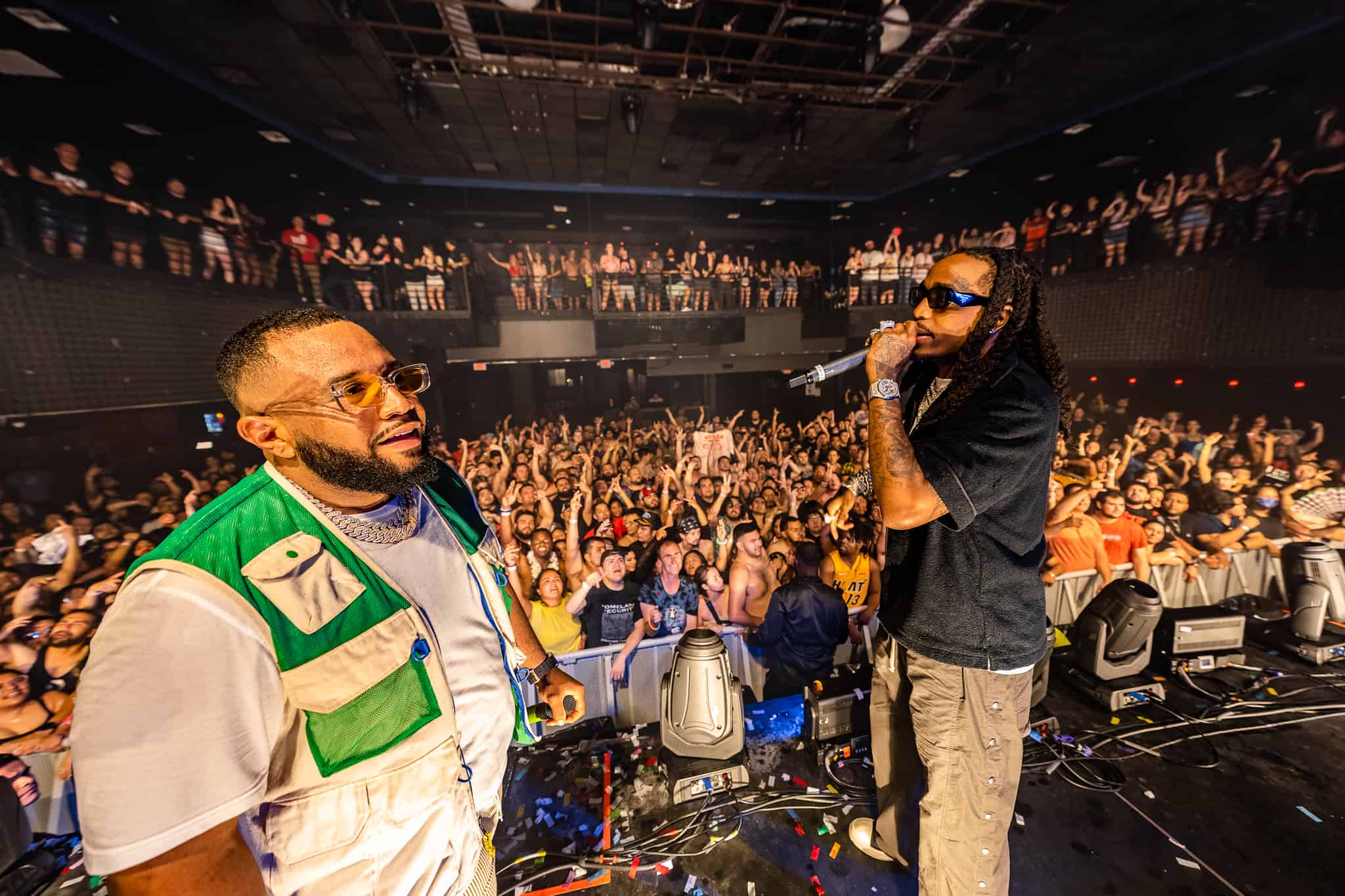 “ASOC Family, you mean everything to me. I would be nothing without my fans, I can’t describe how many of you have touched my soul and changed my life, you are what kept me going these past 14 years. ASOC Family will live on forever.” – Carnage

It’s hard to say goodbye, but Blackmon made sure that before he hung up the Carnage cape, he didn’t do it before leaving one final exclamation point on the legacy of one of the most successful careers in electronic music history. We’ll always cherish the memories Carnage gave us over the years. From the moshpits in the clubs to the mainstage insanity at some of the biggest festivals in the world, he unequivocally changed dance music forever.

And now, as ‘A State of Carnage’ officially comes to an end, ‘Gordo SZN’ is just getting started.