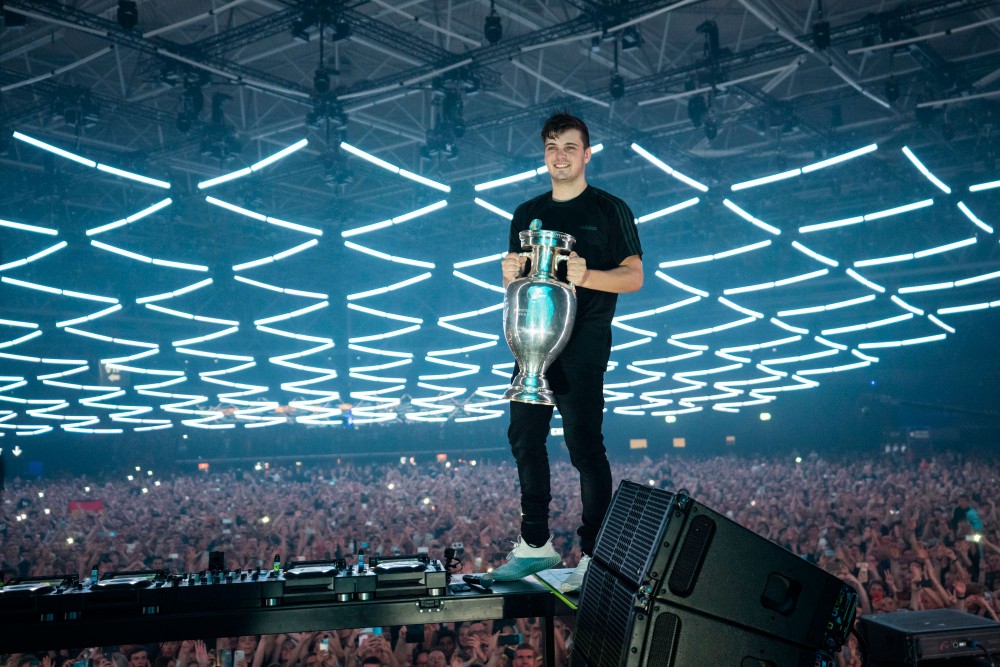 The season finale of “The Martin Garrix Show” has arrived, and it opens with Garrix telling viewers that he has been meeting with UEFA in secret for more than two years. The meetings led to Garrix being put in charge of all of the music for the Euro 2020 tournament, making the episode a fitting follow-up after Garrix’s previous episode, where he closed the Pyeongchang Winter Olympics.

Composer and pianist Giorgio Tuinfort and Garrix team up to craft the music for the tournament, including team walk out songs, the tournament’s theme song, and much more. The pressure is on, Garrix notes, because the tournament itself will yield more than 600 million plays of the tracks he creates across the world.

After fans watch as a symphony records instrumentals for the music he and Tuinfort put together, Garrix heads the Bucharest, one of the locations for the tournament in 2020. Fans rarely get to see Garrix himself completely starstruck, but he visibly is throughout the episode. Rehearsals take place for the selection show where Garrix will be announced as the Official UEFA EURO 2020 Music Artist.

As the team waits for the show to begin later that day, a fun clip of Garrix working out in his hotel room plays. Garrix turns to the camera and notes, “I started working out again because in the last episode of the Martin Garrix Show, I looked in the comments, and you guys called me fat!”

After his workout, Garrix gets ready for the show where he will be announced. Fans see him in a new light as the artist wears a full suit, and he admits he can’t remember the last time he wore one. He gets through the announcement with no mistakes, despite his fears going into it that he would trip or say the wrong thing.

The end of the episode is filled with Garrix’s reflections on the season and funny snippets from filming. Garrix notes that it was crazy, even for him, to watch the highs and the lows of the season and his 2019. He then looks forward to the promising 2020 that is to come.