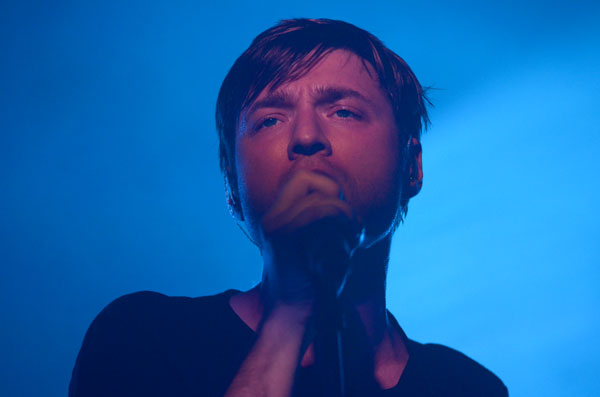 The wait for new material from The Midnight is over. The duo have released a new single, “Deep Blue,” and revealed that the arrival of their next album, MONSTERS, is a mere two months away.

As the song builds into its second verse, listeners find the song’s characters feeling more for each other than they initially intended, with Lyle telling their story in a mesmerizing fashion. The anticipatory synths crescendo, leading up to a chorus that sees the return of soaring saxophone interludes, which had been sorely missed by many fans in their previous body of work.

Where the preceding LP, Kids, had been about, well, being a kid, MONSTERS will tap into the emotions that comprise the teenage years. In an interview last September, McEwan told DA that the new album will look to capture “the angst and the turmoil of being a teenager, the highs and lows, the hormones going crazy.” A more recent press release quotes the duo as noting that “MONSTERS is the story of being a teenager… Adolescence is messy, tragic, brutal, wistful, and beautiful. MONSTERS is all of that.”

Though “Deep Blue” is billed as the lead single of the 15-track MONSTERS album, listeners may recognize on the track list another familiar tune, “America Online,” which arrived around this time in 2019.