The Neptunes collaborate with deadmau5 on new single ‘Pomegranate’ 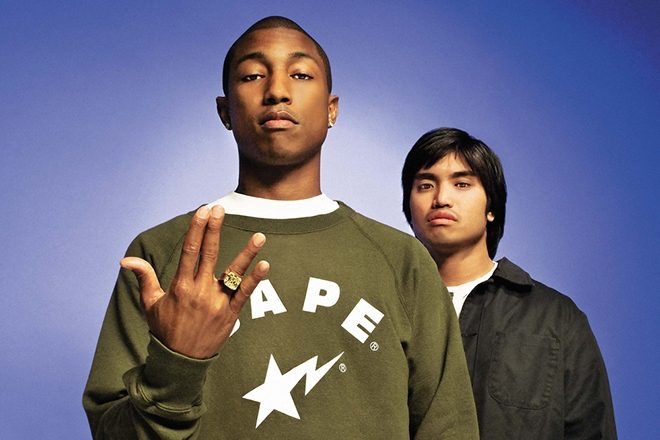 After hinting at a return at the weekend, the first new music from The Neptunes has arrived in the shape of a collaborative single with deadmau5 called ‘Pomegranate’.

The legendary duo and mau5trap boss worked on the track in a secret studio session during the latest Art Basel in Miami. It will feature on deadmau5’s upcoming new album, details of which are yet to be announced.

Speaking to Zane Lowe on Apple Music, deadmau5 said: “[The track has] actually been kicking around for five years, just sitting in my burner pile of ideas and stuff. I caught wind of them, ‘Hey, we're getting the band back together,’ thing last year. I thought, ‘Well, hey, let me go through my spank tank of stuff and see if anything catches your ear.’

“Pharrell had to listen to that old demo, which was originally titled ‘Rupert.’ So, I played it to him and he had a head nod. He said, ‘I'll tell you what, I'm in Miami. If we met up in the studio…’.

“When we were in Miami... My end, like I said, was more or less conceptualized and printed out and roughed in. So, there was really nothing I could do except for to sit in the back and crack jokes and that's about it, and just watch them do their thing, which was amazing.

“Because Pharrell's a busy guy. He literally walks into the studio, walks behind the mic, played the track and then just starts humming out word vomit. I was like, ‘Why isn't anyone recording this right now?’ But then I'm thinking like, ‘Wait a minute. It's not like he can't do this again, so just let him do his thing.’

“So, the collaboration, I think really happens between everyone in the sense that they already know how to do their own thing and they do it. It's not a democracy where it's me liking this and him liking that. You do you, I'll do me. I've already done me. Then, Chad will do Chad, and then that is the collaboration. It's bringing those elements together, not so much as inventing on the fly.”

Listen to ‘Pomegranate’ below.