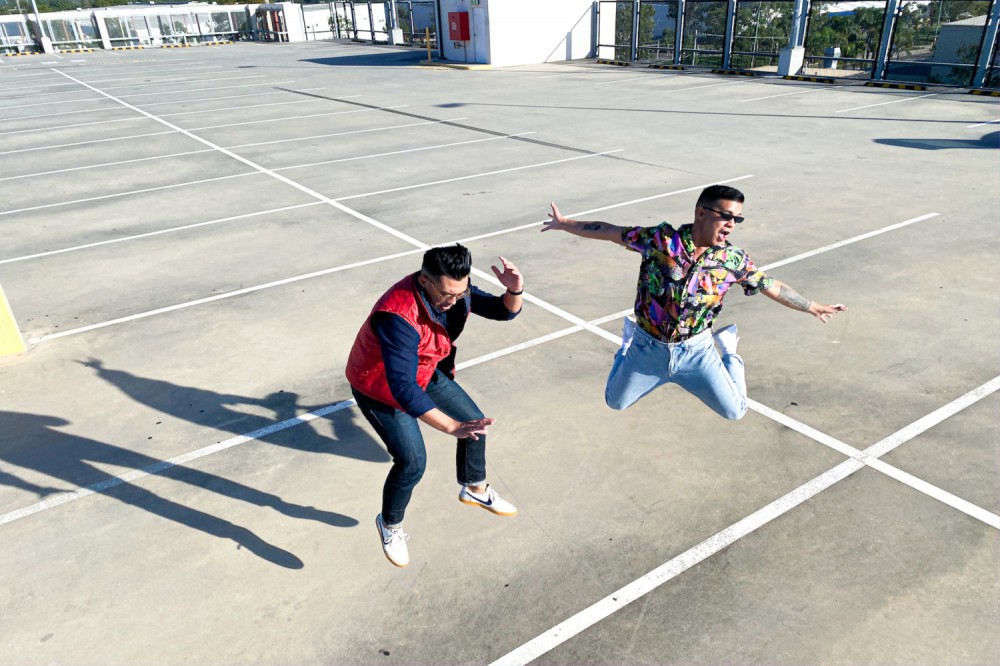 The latest installment of The Radar mix series comes from Sydney-based duo Midnight Pool Party. The name in itself hones in on their overall aesthetic—just two guys making some fun music. 2019 saw the release of their Motions EP, featuring hit tracks “Stand A Chance” and “With You,” showcasing their production as disco connoisseurs. The project brought them further into the spotlight, receiving support from Triple J Unearthed, Australia’s premiere artist discovery platform.

Now, they’re bringing discovery to DA readers with this hour-long guest mix, featuring a primed track list to keep the “pool party” atmosphere in check, even during quarantine. The music kicks off with Calvin Harris‘ remix of SZA‘s hit single “The Weekend,” followed up by some of their own originals, Duke Dumont‘s crowd pleaser “Red Light, Green Light,” Skrillex‘s collaboration with Boys Noize and Ty Dolla $ign “Midnight Hour,” and more hidden gems, concluding with a classic dance favorite in A-Trak‘s remix of “Heads Will Roll.”

The mix also features their latest single “Nonchalant,” an energy-filled track to kick of their 2020 release run, to which they added “we hope this song brings a little bit of happiness into the world which is so full of fear and anxiety right now.”