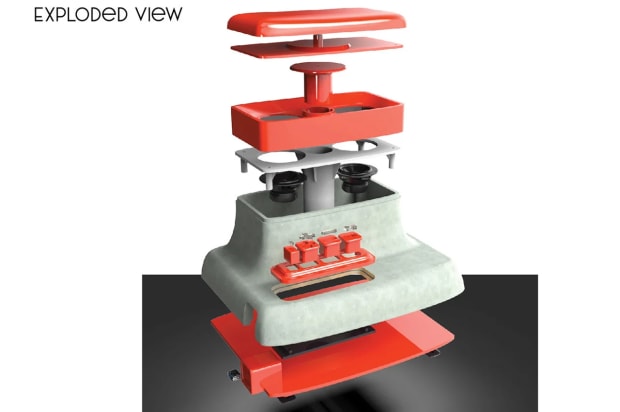 It's just a concept at this juncture, but it could provide users with high-quality audio emanating from speaker units housed in concrete.

Concrete is apparently a more robust material than we thought.

Vietnamese designer Duc Vu Anh has devised a concept for a nimble portable speaker made entirely out of concrete. It's just a concept at this juncture, but if the unit is ever manufactured for sale, it could provide users with high-quality audio.

To operate the innovative speaker, the user would simply tap the top of it to turn it on and do the same to turn it off. There are four physical buttons, which allow it to be turned up and down, play and pause music, and connect to Bluetooth. The device would also have a USB port on the left side to recharge the battery.

According to Anh's technical sketches of the speaker, it will use high gloss paint, concrete, ABS plastic and translucent plastic. And there seems to be very few moving parts to rattle, leaving little room for distortion and buzzing from loose parts or poor design.

Out-of-the-blue products Anh's speaker are becoming more common in the world of music hardware. We recently reported on one-touch bluetooth speakers embedded in the shell of an actual tennis ball used at the legendary Wimbledon tournament.

Celebrating their 50th anniversary at the 2023 Consumer Electronics Show in Vegas, the iconic electronic musical instrument company Roland recently unveiled a digital piano that uses flying drones as speakers. The piano also features a sleek body made of Japanese oak with a touch panel in the lid, and it hides a 14-speaker, 360° system.