Thom Yorke seems to have mysteriously announced a new album Thom Yorke, the enigmatic Radiohead frontman, may have announced the release of his next solo album last week.

A seemingly-fictional company, called Anima Technologies, distributed cryptic advertisements across the globe, with a headline reading, “Do you have trouble remembering your dreams?”

The text goes on to say, “It’s a feeling we at ANIMA know only too well. You’re deep in a surreal world where you can be anybody you like, where you can do anything. And then you wake up, and the dream fades. It’s gone, like smoke on the breeze. Or is it?”

Hey #London folks! We think we have spotted part of an ARG on the tube this morning (Jubilee line).

These ads, spotted from the London Underground to photo booths in Milan, as well as The Dallas Observer, request readers call the provided phone number to record their dreams (916-619-6192 in the US and 075-8873-3111 for UK residents).

Anima claims to have developed a “Dream Camera” able to “get your dreams back” if people call or text the provided numbers to detail their lost dreams. Callers hear a voice message saying, "You are hereby advised, that due to serious and flagrant unlawful activities, Anima technologies has been ordered by the authorities to cease and desist from undertaking its advertised business."

After the message, a segment of Yorke's unreleased track 'Not the News' would play, which he has performed during a number of concert dates in recent months.

This curious campaign also includes a website, which carries the same message as the voice mail, claiming Anima has been “ordered by the High Court to cease and desist from undertaking its advertised business.” The distinction between the "authorities" referenced in the voicemail and the "High Court" on the website remains a mystery. 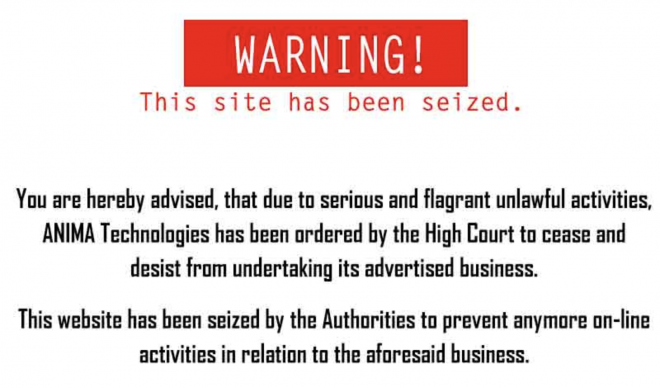 During an interview earlier this year for a cover story with Crack Magazine, Yorke discussed his feeling of impending dystopian reality that has shaped the tone of his next project.

“I was a daydreaming, idealistic 20-year-old, 30-year-old. We were still refusing to accept that something more fundamental needed to change as a society and our trajectory was essentially unsustainable in a million different ways,” said Yorke during the interview.

“The dystopian thing is one part of it, yes, but for me, one of the big, prevailing things was a sense of anxiety,” Yorke detailed. “If you suffer from anxiety it manifests itself in unpredictable ways, some people have over-emotional reactions. [For] some people the roots of reality can just get pulled out, you don’t know what’s happening. Then eventually reality comes back.”

Yorke has yet to assume responsibility for the Anima Technologies campaign.

In other news, Thom Yorke has just announced a North American tour. View tour dates below.

Thom Yorke on BREXIT: "An action worthy of the early days of the Third Reich"