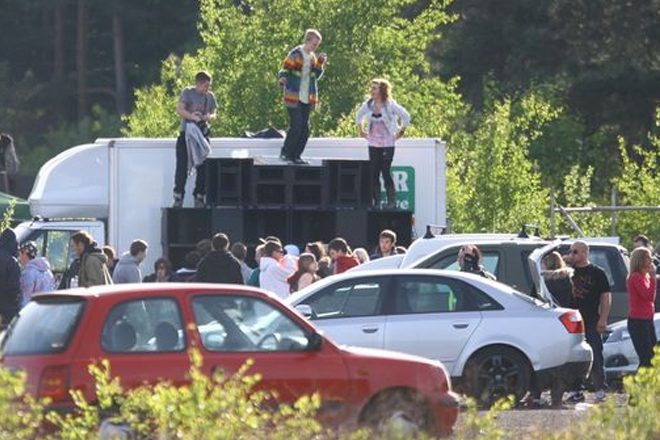 Three people have been arrested for organising illegal raves in the UK.

Staffordshire police arrested three men ahead of a rave they'd allegedly organised at the weekend.

The men, age 21, 24 and 28 and from Darlaston, Rugeley and Smethwick respectively, were arrested on suspicion of conspiring to cause a public nuisance.

Read this next: Get lost in dance music's past with the Rave Archive

The Derby Telegraph reports that two of the men have been released on conditional bail with a curfew imposed while the third is still in police custody for questioning.

The arrests have been made as part of a UK wide crackdown on illegal raves that have sprung up as lockdown restrictions ease and good summer weather rolls in.

The men were allegedly involved in the organisation of a rave in Rugeley, a market town in the West Midlands on the last weekend of June.

Read this next: Raving in Korea's DMZ

Local police had previously made 13 arrests at a rave in the area earlier in the month and have been dealing with illegal parties attracting up to 1000 people since June 13.

Chief Superintendent Ratcliffe said: "We want to warn young people of the significant risks posed by such events and keep our communities safe.

"To those thinking about attending or organising such events - you will face enforcement action and could receive a criminal record. Do not go to illegal raves and risk your lives."

Read our report on the UK's lockdown rave scene here.