‘Unmute Us’ protest sees over 70,000 people occupy the streets of Dutch cities 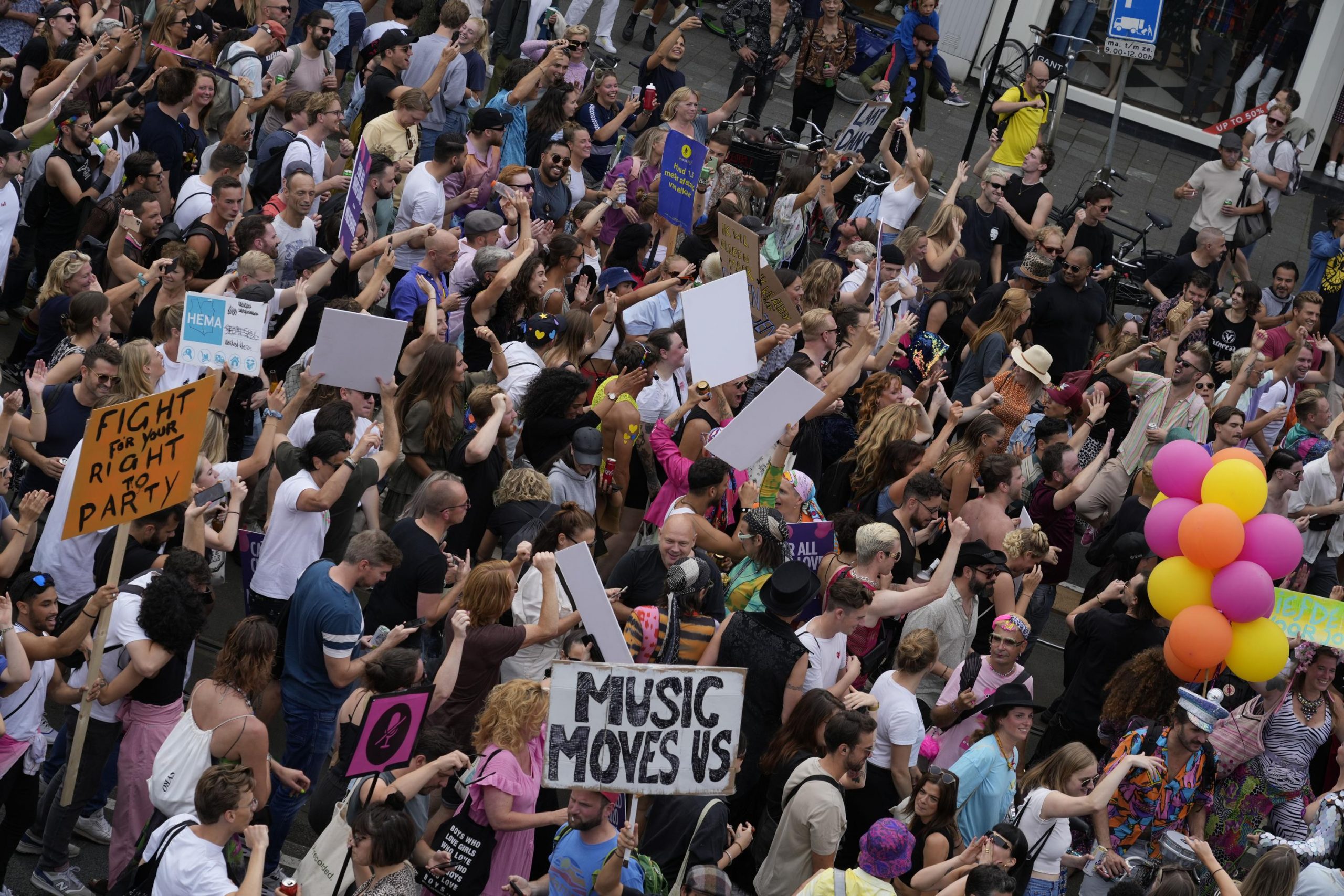 On August 21st, over 70,000 people filled the streets of six Dutch cities for a series of simultaneous protests known as ‘Unmute Us.’ Over 450 festival organizations scheduled the protests in response to the Dutch government and to “express [people’s] feelings of [the] misunderstanding about the government’s policy regarding events.” The marches took place in Amsterdam, Eindhoven, Rotterdam, Utrecht, Groningen and Nijmegen. According to the Unmute Us website, the message for the march is: “Stop the randomness! We demand that events with a full capacity can take place again from 1 September 2021.”

In late July, the Dutch government announced that a ban on music festivals would be extended until at least the middle of September and also announced a few days ago that nightclubs, will remain closed until November. These decisions have caused questions among the Dutch nation due to the continuation of sporting events such as soccer and Formula 1, which according to the article, hosts over 70,000 visitors a day, happen daily.

“We are rapidly heading for a vaccination rate of 85 percent of the adult population and by September 1st anyone who wants to can be vaccinated. If events at the peak of vaccination rates still can’t take place, when can they? After all, the industry has proven through Fieldlab events that this can be done very safely even with a lower vaccination rate. Several large-scale events and festivals have already taken place abroad. The numbers don’t lie.” – unmute-us.com

With over 1500 signatures, residents paraded in the streets, dancing next to trucks equipped with stereo systems and DJs performing. While the protests intended to end at 5 pm, the large crowds carried on past that. According to Mixmag, Amsterdam municipality appealed for no more people to join the protests because of overcrowding. The website claims that the government is acting out of fear after its decisions at the end of June.

“[This] is why organizers, suppliers, artists, event locations and visitors will take to the streets en masse on Saturday, with one clear message: Don’t keep us on the line anymore! From 1 September, all festivals and events must reopen at full capacity, now the government no longer has valid arguments for refusing this.” – unmute-us.com

See moments from the Unmute Us protests on the official Instagram here.