Watch Martin Garrix, Bono and The Edge Kick Off UEFA EURO With Performance of “We Are The People” 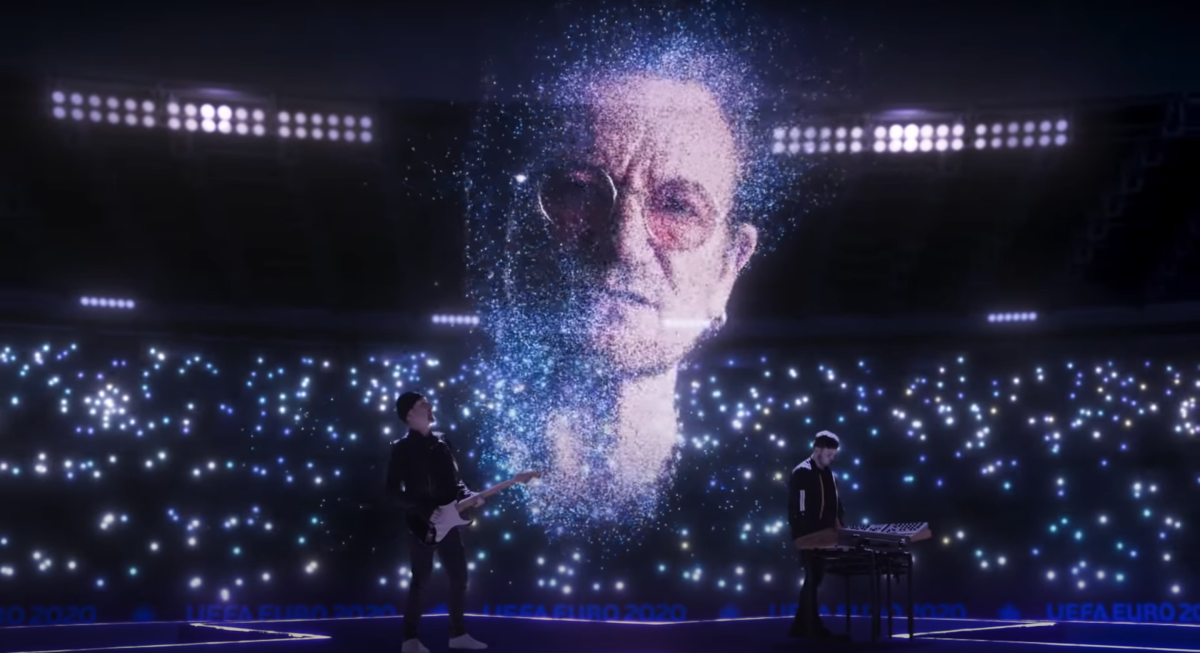 This moment for Martin Garrix has been nearly two years in the making.

Delivering on his role as an appointed UEFA Euro artist, Garrix—alongside U2 icons Bono and The Edge—dropped the studio version of their rallying single "We Are The People" last month.

As the official anthem for one of the world's largest soccer tournaments, "We Are The People" was performed by the trio yesterday during its opening ceremonies, providing a cathartic start to the action. Moments before Italy and Turkey took to the field fans were treated to a virtual performance of the song, which featured the artists performing from the ground level of Rome's striking Olimpico Stadium amid a sea of digitally enhanced lights.

The tournament is slated to cross a dozen major European cities in total, and the moment provided a uniting sentiment for what should be a celebrated time of returning to normal post-pandemic.

For your pump up music needs throughout the tournament check out Martin Garrix's UEFA EURO 2020 playlist which features additional track selections from the producer and picks from several of the tournament's top athletes.