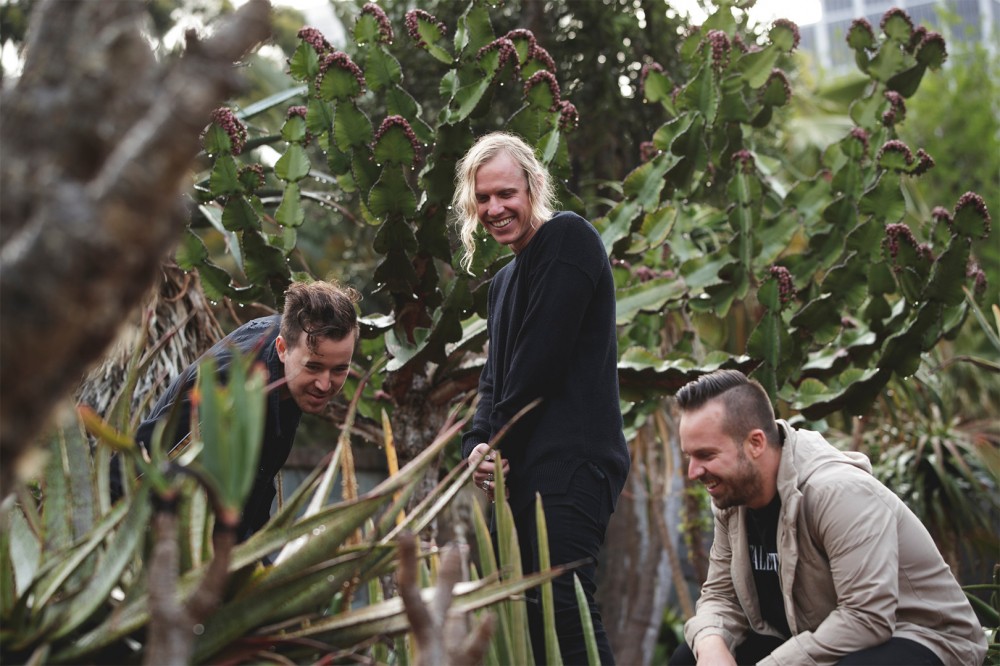 Illuminated only by minimal lighting, vocalist Tyrone Lindqvist launches into the introductory lines of “Solace,” setting the scene for the serene soundscape the song paints. As “Solace” progresses, the extent of the setup and surrounding scenery become apparent. Just before the three-minute mark, as lighted rods flash across the nearby terrain, and climactic percussion and instrumentals lend their sounds to the vivid light show.