Watch The Flaming Lips Perform to an Audience in Giant Bubbles 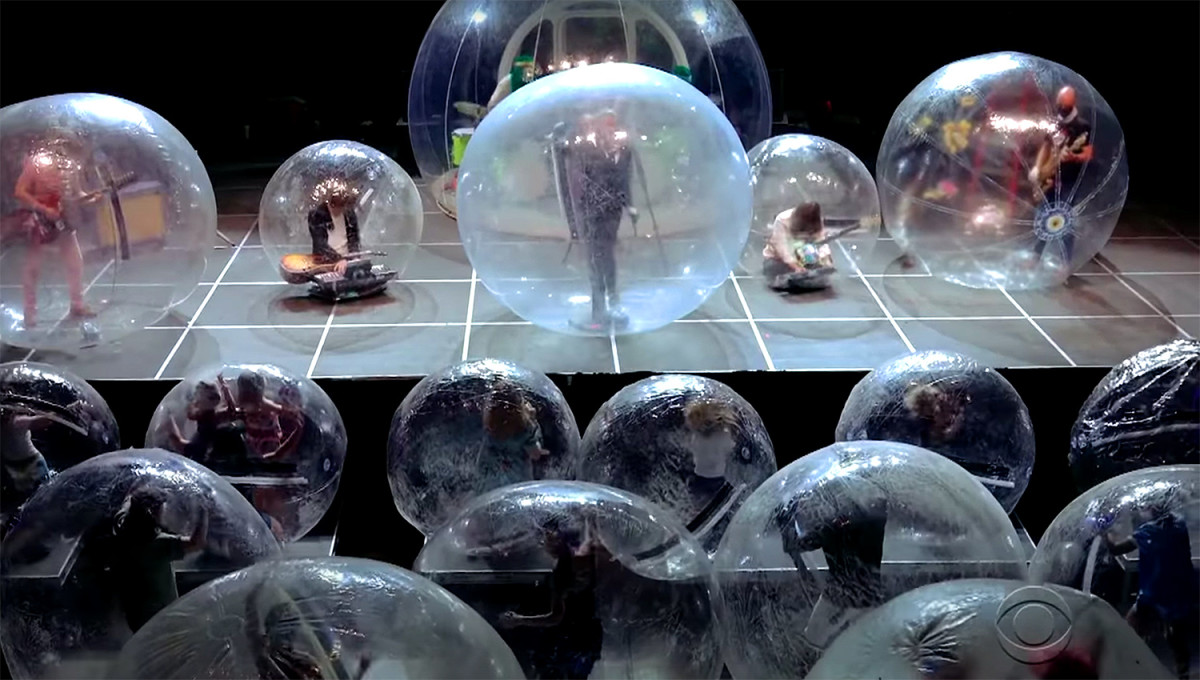 In something out of a Black Mirror episode, psychedelic rock band The Flaming Lips have hosted a concert wherein everyone was encapsulated in giant bubbles.

Lips frontman Wayne Coyne has been using a bubble over the course of his career to walk on top of crowds, but the Oklahoma City show marks the first time the band has required fans to utilize them on a large scale. While the globes were primarily used to thwart a potential spread of COVID-19, they also offered quite a live music experience.

More importantly, the use of the bubbles offers a glimpse into what the immediate future of concerts could look like as many regions continue to struggle to navigate the convoluted process of reopening.

Check out footage from the unprecedented show below.

Prior to the show, Coyne shed some light on the ambitious live music venture. "I mean, it seems absurd, but we at first were just doing it as not a joke, but just as a kind of funny thing, and now it's becoming kind of serious and real," he said. "We're starting to get ready to do an actual show where yeah, there's three people in each of these space bubbles, and we play... We think maybe playing two shows a night, and getting a big audience in there each time."

Check out a photo of the setup of the show at The Criterion below.